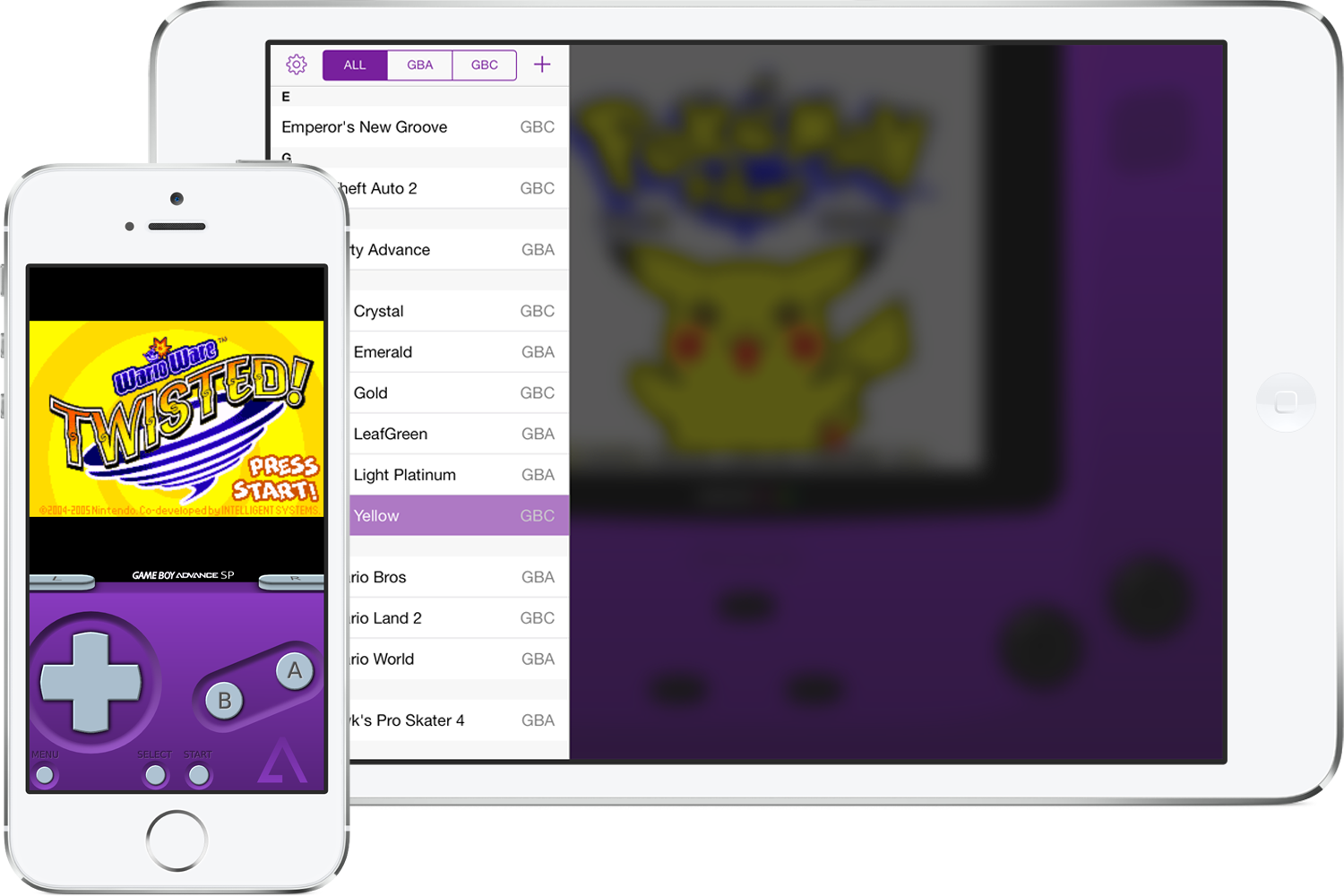 If you’re willing to risk your iPhones for nostalgic fun playing Game Boy Advance games on it, there’s is a (Disclaimer: GameAxis does not condone or encourage the download of illegal ROMs.)

The notorious team at GBA4iOS has released their emulator that will run Game Boy Advance, GameBoy Color and GameBoy games on your iOS 7-enabled iPhone and iPad. But without the need for jailbreaking your device, how can Apple let this one slide, you ask? The installation process for this app (an actual app) bypasses the App Store and Apple’s rigorous screening process, likely exploiting the use of Enterprise app distribution that Apple allows corporations to create their own custom apps without putting it on the App Store.

This allows users to just head to the GBA4iOS website and install it directly on their iDevices. Naturally, you have to source your questionable “homebrewed” ROMs yourself, but the app comes in a lovely iOS 7 sheen complete with customisable gamepads, Action Replay cheats, iOS 7 Gamepad support, Dropbox integration and even Poké- ahem, monster game event distribution.

GBA4iOS 2.0 succeeds its predecessor v1.6, which required a trip back in time to 2012 via a change in the device’s time to be installed.

As with any sketchy piece of software, it would be wise to take caution with such an app. GameAxis will not be responsible for any damages or loss incurred through the conveyance or use of this information. Have fun!