gamescom Asia 2020 announced for Singapore, is ‘here to stay’ 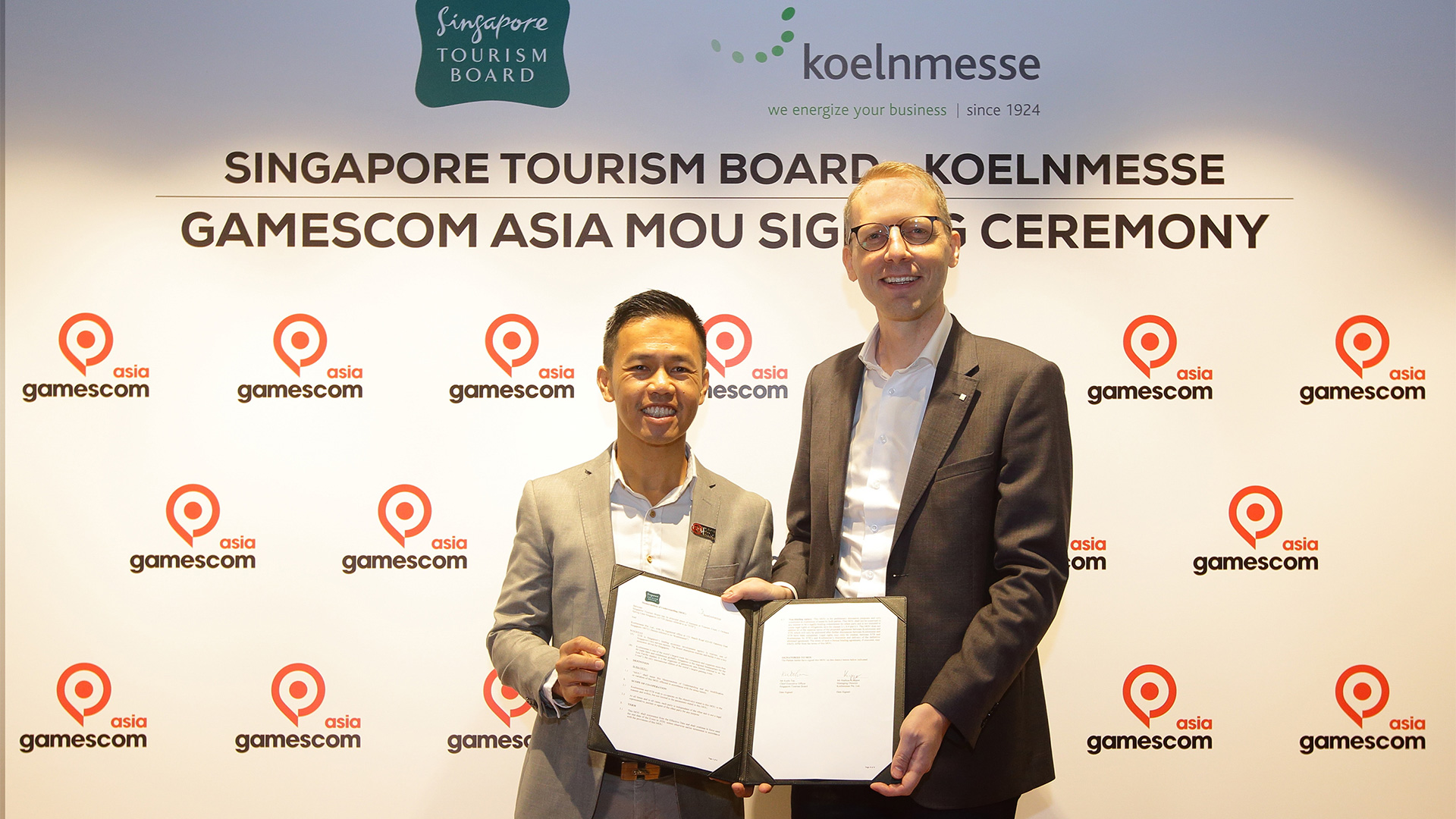 After five years, the annual GameStart convention is bowing out to make way for gamescom Asia. Coming in 2020, organizers Koelnmesse signed a memorandum of understanding (MOU) with the Singapore Tourism Board (STB) today to mark the start of a festival that is “here to stay”.

Like GameStart, we can expect a showcase of the latest games, esports tournaments, meet-and-greet sessions, as well as workshops and conferences. Koelnmesse are expecting a crowd of 30,000 attendees for the inaugural show, and STB promises opportunities for both local and overseas businesses to get in on the gaming boom.

Pertinently, both Koelnmesse and the STB have confirmed that this will not be a one-off event, and that gamescom Asia will remain in Singapore for the foreseeable future. The former states that they have a policy of not shifting locations to make it easier for companies to make plans and establish local relations, while the Tourism Board says that their plans are always long-term.

Further details will be announced at a later date. 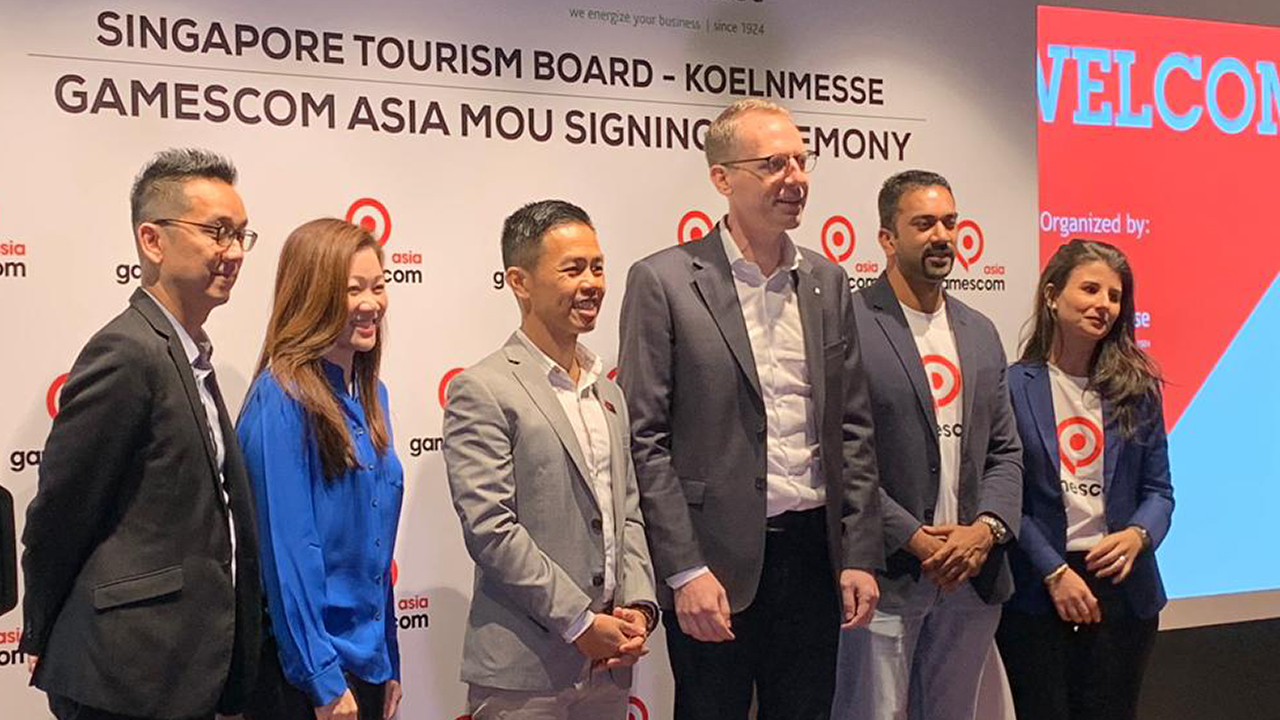 A big win for the region

gamescom is a household name for any core gamer, often seen as the European counterpart to the US’ E3 — both major highlights on the industry’s calendar. From new announcements to public hands-on sessions, conferences, and major esports tournaments, it has since grown into a 300,000-strong event over the years.

It’s essentially what GameStart aspired to be given the regional void, only now a giant is ready to step in. In fact, Koelnmesse — the same folks behind gamescom in Cologne, Germany — are working closely with GameStart creators Eliphant to take over the reins.

It’s not so much a buyout or a partnership as it is a changing of the guard, so they’re modelling things such as venue, dates and ticket pricing after the local show, while pushing content to a global level.

“We are extremely excited for what is to come and will be gearing up in full force as consultants for the event, bringing to the community and industry a bigger and more vibrant convention,” commented Eliphant founder Elicia Lee,

“Lots of new companies who have never been here yet”

What sort of content? “A mix of B2B, B2C and conferences,” says Koelnmesse managing director Mathias Kuepper. That includes bringing in “lots of companies who have never been here yet.” While it’s still too early for firm announcements, Kuepper says that they’ve received “good feedback from the industry” so far.

The goal is to serve ‘Tier One’ content localized for the region. STB director of exhibitions and conferences, Andrew Phua, said that it’s not about cloning best-in-class events but having them resonate with, and serve the needs of, audiences in Asia-Pacfic.

He notes that mature North Asian territories such as Japan, China and South Korea already have content catered for them, but a big and diverse captive market like SEA still needs a platform for developers and investors to meet, learn and collaborate. 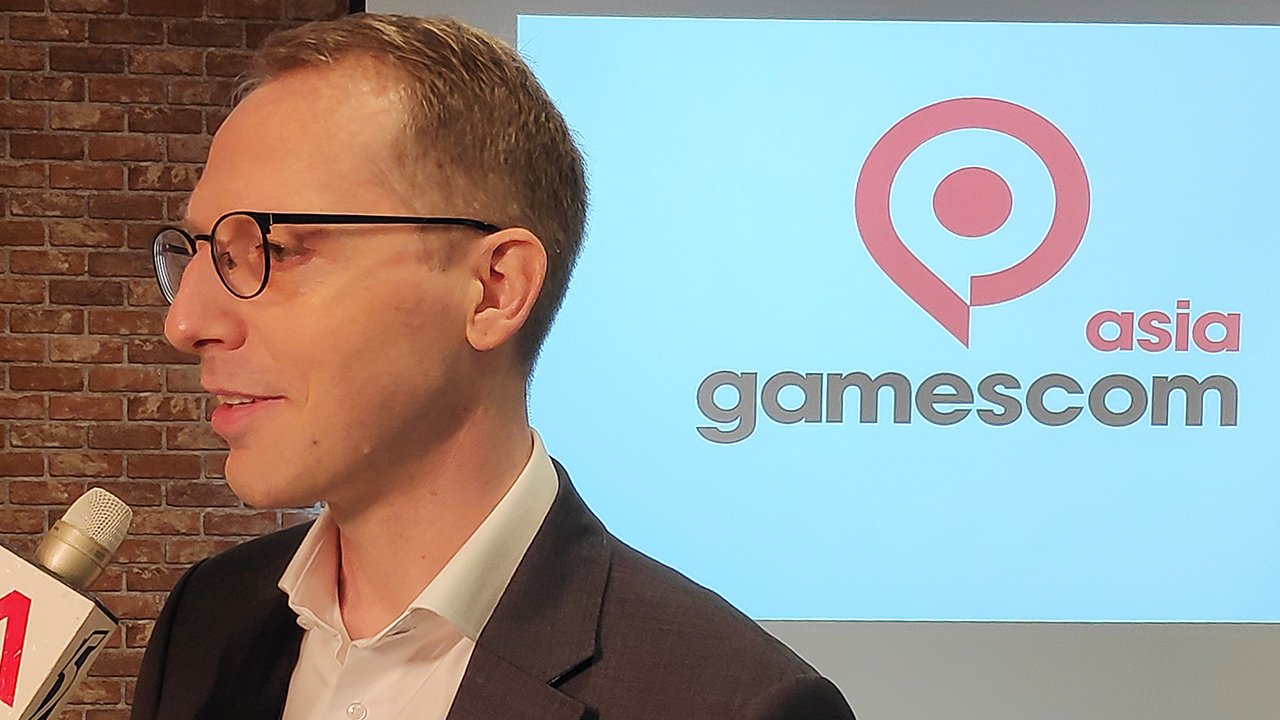 Koelnmesse managing director Mathias Kuepper says that there is still nothing on the scale of E3 or gamescom for SEA. (Ade Putra/GameAxis)

STB’s partnership for gamescom Asia, which has been on the table for two years, neatly lines up with Singapore’s ambitions of turning into an esports hub and reinforces the island-nation’s standing as a business destination.

STB chief executive Keith Tan said there were “numerous discussions with stakeholders such as IMDA, ESG, industry associations, games developers and organisers of local gaming and esports events” in bringing gamescom to Singapore.

“Apart from adding vibrancy to our events calendar, we aim for gamescom asia to position Singapore as the natural base for the development and commercialisation of digital and gaming content, which in turn will support our digital media industry.”

The news was embraced by Gwen Guo, who is the co-founder of local game audio outfit IMBA Interactive and the chairperson for the non-profit Singapore Games Guild. A beacon at any gamedev gathering, she says that gamescom Asia is significant for the potential knowledge-sharing, networking, and investor meetings that its B2B segments provide.

Additionally, the public exhibitions not only grants homegrown  developers valuable exposure to the public and to potential business partners, but it also lets them hype up their games and gain quick playtesting feedback. 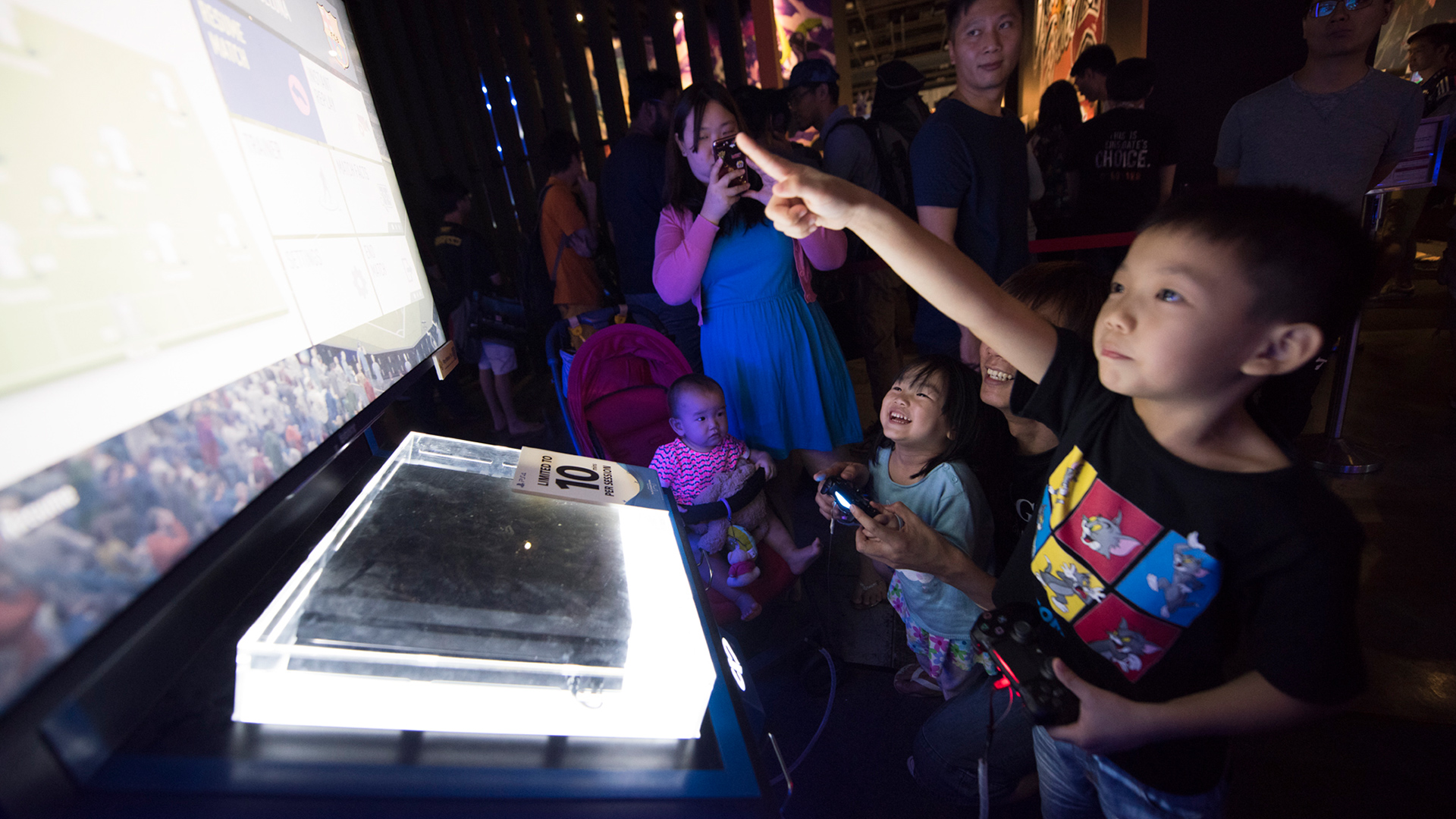 What we’re hoping to see at gamescom Asia

Time to address the real question: what can we expect from gamescom Asia?

Well, like any coin there are two sides to consider. There’s the fans’ perspective, and then there’s the corporate one.

As gamers, we’d expect gamescom Asia to have similar foundations as it’s parent event in Cologne, so esports tournaments, developer showcases and cosplay competitions make the checklist by default.

This was a sentiment echoed by Kuepper, who not only reiterated the importance of delivering gamescom Asia within a local context, but also of upholding the content diversity that made gamescom successful in the first place. He assured us that there would definitely be an esports component at the show, even if it isn’t certain what it is just yet.

On the other hand, from a corporate perspective, it’s all about opportunity and presence. Indie game developers will not only get the visibility they need, but they might stumble onto avenues for funding too, given the variety and density of stakeholders that gaming attracts. Furthermore, it’s also a good platform for established companies to reposition themselves as Singapore forges ahead as a regional esports hub.

We’ll be following gamescom Asia for more updates. For now, be sure to bid a fond farewell to GameStart at their final Singapore appearance on Oct 13-14 this year — thanks for all the memories!