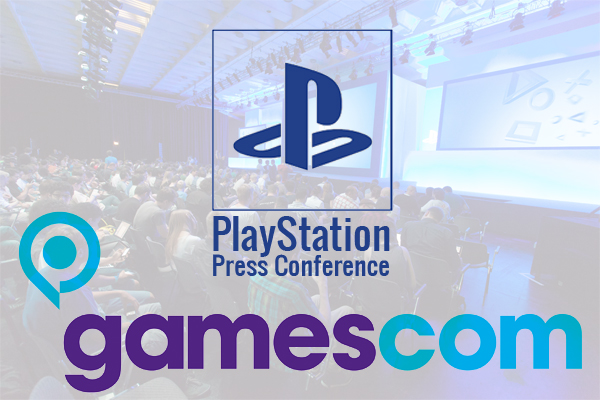 The word is out: Sony’s PlayStation 4 will be launching on 15 Nov. for North America (US$399) and 29 Nov. for Europe (€399) and Latin America. The bad news is neither Asia nor Japan is on that list of 32 launch countries, which means we’re still clueless about when next-gen officially arrives here. We’ll see if we can get a local estimate but in the meantime, here’s what you missed from this morning’s press conference.

The PlayStation Vita gets a huge price cut and now only costs SG$299 in Singapore. Combined with the upcoming bundles, PSN sales and strong Vita line-up, there’s no better time to own the handheld. Don’t forget that it’ll work with the PS4 too!

For North Americans, they’re getting the 12GB PS3 model for a cool US$199, already available in US retailers. Europe has had it since last year and so gets a price cut to €199. While this is the cheapest model available, you’ll definitely need to upgrade to a larger storage capacity if you’re keen on gaming — that’s buying a new 2.5” hard disk drive and a suitable mounting bracket for it. At the moment you’re still better off buying a set like the US$269 PS3 Grand Theft Auto V Bundle, granting you a copy of the game and a 500GB PS3 model instead.

Indies are but one of the contesting arenas in the next-gen race and Sony has pulled out all the stops to attract some of the best titles and developers there are. Shahid Ahmad, senior business development manager for PlayStation Europe, took to the stage to present some of the titles coming to their platforms, some of which are familiar and very exciting.

As stated before, indies will be able to self-publish on the platform, meaning they get full control over when and where to releases and for how much. A word associated with indie was “Freedom” and so it seems Sony is giving the developers just that.

Twitch Partnership and Other Services

In a surprising announcement, Sony revealed they’ve secured a partnership with Twitch to be their second broadcast provider, removing the advantage Microsoft’s Xbox One had in this area. The service will be available as soon as the PlayStation 4 launches. Players simply have to push the Share button to begin streaming to their channels; Twitch will also have an app for spectating to complete the experience.

An increased roster of video services and apps were also touched upon. Nothing relevant to our region but Sony did say that these will not be locked behind a subscription wall. Also of interest is a VIP broadband package that will be introduced with select European providers, making us wonder if we’ll ever see a SingTel or StarHub equivalent.

Sony had a couple of videos on hand to show off this morning. Other than the annoying camera cuts of the live broadcast, we got the opportunity to see some new games being announced.

If you’ve got about two hours to spare then you could watch the entire press conference instead, consisting things that aren’t covered here. New Vita games like BigFest and Murasaki Baby were showcased; Ubisoft’s Yves Guillemot showed upcoming Ubisoft titles followed by a live demo of Assassin’s Creed IV: Black Flag; and basically more videos than the one listed above.

Following that is a Q&A panel that includes Shuhei Yoshida (President of Sony Worldwide Studios), Darby McDevitt (Lead Writer, AC4: Black Flag), Russel Harding (Creative Director, Wonderbook: Book of Spells), Dan Pinchbeck (Creative Lead, Everybody’s Gone to the Rapture) and David Cage (Writer, Beyond: Two Souls). They discuss topics like system preference, story writing in games and even get into a huge spoiler for The Last of Us so pay attention to that one.

All in all Sony gave a solid performance at this year’s gamescom and we can’t wait for November to come by. It’s disappointing we heard nothing about the PlayStation 4 for Asia but it was to be expected; let’s just hope we’re not that far behind our Western counterparts.

Ade thinks there's nothing quite like a good game and a snug headcrab. He grew up with HIDEO KOJIMA's Metal Gear Solid, lives for RPGs, and is waiting for light guns to make their comeback.
Previous post PS Vita Price Drop Details – Singapore
Next post XCOM: Enemy Within an Expansion After All