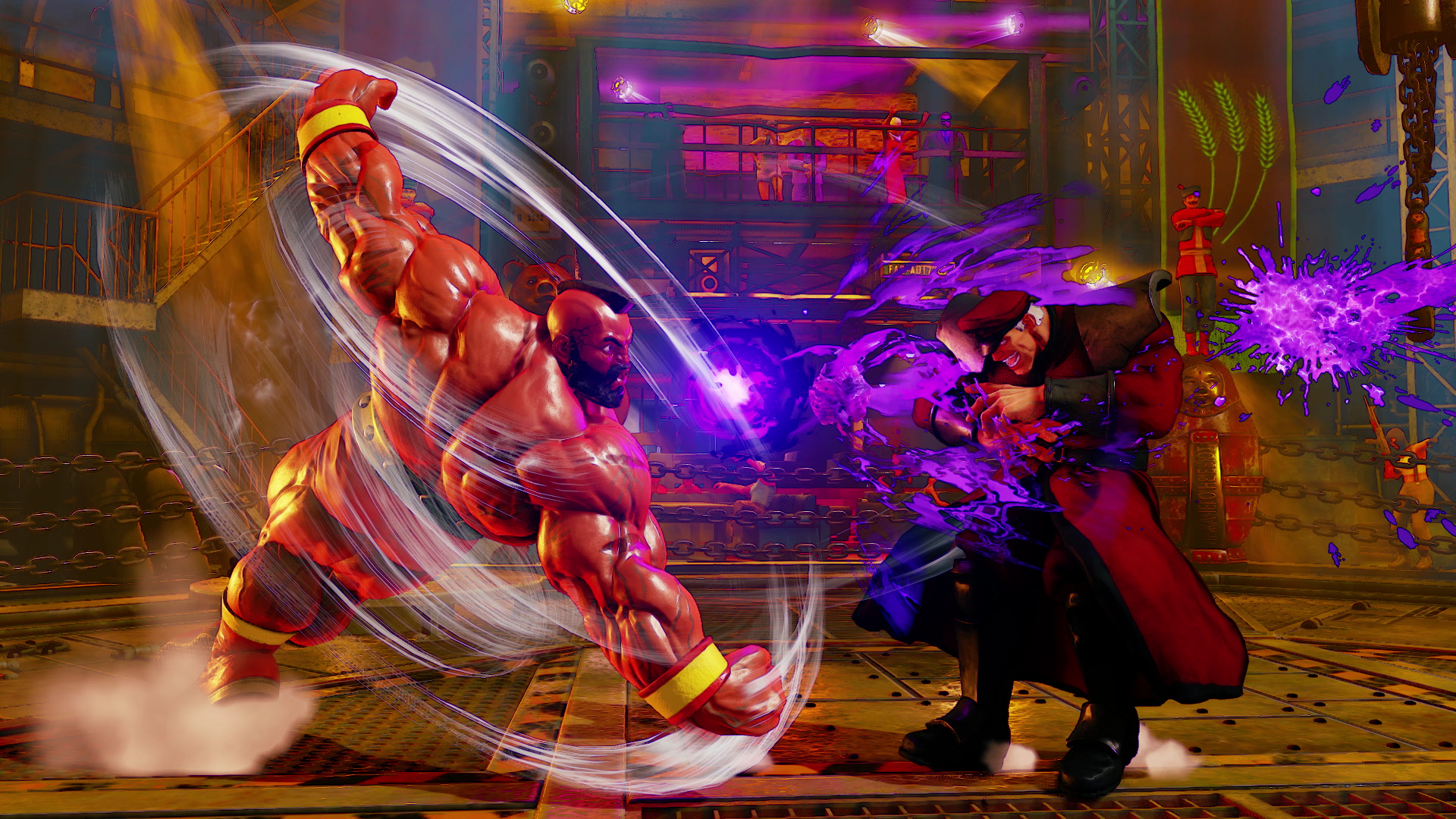 Capcom revealed last night that Zangief, the burly red cyclone of Russia, will be around to distribute lariats and piledrivers to all world warriors in the upcoming Street Fighter V. As if those rippling muscles weren’t intimidating enough, the wrestler has apparently discovered a new way of putting them to good use.

The blog post states that Zangief’s two new abilities are the “Iron Muscle” V-Skill and “Cyclone Lariat” V-Trigger. The first allows him to absorb a single attack before closing in and striking his opponent at the right time. Here, the walk’s vulnerability is mitigated by recoverable health.

His V-Trigger on the other hand is much more straightforward. Tap the activation buttons and voila, Zangief spins so fast he literally forms a vortex that pulls opponents within range of his outstretched arms (we all know those are just tree trunks in disguise). Anybody caught unprepared will have to deal with the idea of receiving multiple hits to the face and the prospect of there being more than just sore muscles in the morning.

Zangief is the tenth character revealed thus far, joining M. Bison, Birdie, Cammy, Ken, Necalli, Vega, R. Mika, Rashid, and Karin – all previous videos are available on the official Street Fighter YouTube channel. That leaves us with just three more characters before we can settle in and wait for the spring 2016 release date to come by.

Street Fighter V is will be available for PC and PlayStation 4.

Update: An online leak (via Eventhubs) shows another character to be the Brazillian fighter Laura, one of four newcomers to the series. Like her countryman, Blanka, she makes heavy use of electricity in her attacks.

Ade thinks there's nothing quite like a good game and a snug headcrab. He grew up with HIDEO KOJIMA's Metal Gear Solid, lives for RPGs, and is waiting for light guns to make their comeback.
Previous post Hit the hoops with NBA 2K16 for PC and Consoles
Next post App Assessment: DDTank (Android)