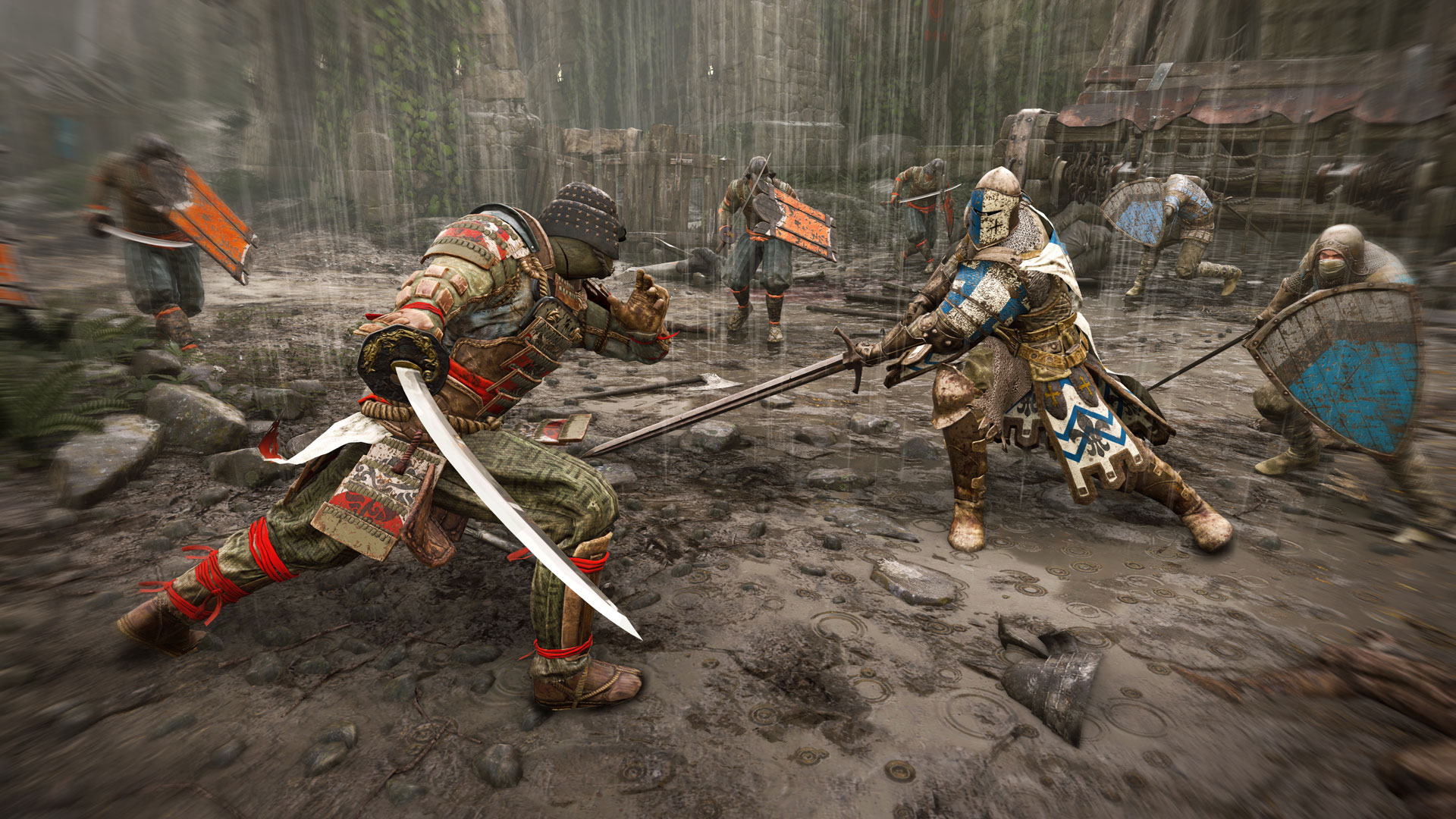 Ubisoft’s For Honor closed beta kicks off on Jan. 26 for PC, PlayStation 4, and Xbox One players. Invite codes have already begun rolling out via email so, if you were lucky enough to snag one, here’s a refresher on what to expect.

How long is it?

The closed beta runs from 10 PM on Jan. 26 to 9 AM on Jan. 30 (all times SGT). That said, betas and online multiplayer is usually a rough a combination so don’t expect smooth sailing in the first few hours or, indeed, the first day.

What classes will be available?

You’ll get access to nine out of the 12 heroes slated for launch – three from each faction.

Samurai of the Dawn Empire

Orochi (Hard)
Agile assassins, these samurai use very fast light attacks to harass and counter-attack, relying on evasion and deflection for defense. (Video)

Kensei (Medium)
Samurai who have mastered multiple martial arts, they wear heavy armor and cleave enemies with their nodachi, a longer katana. (Video)

Nobushi*
Wearing only light armor, these fighters use mobility and the long-reach of their naginata, bladed polearms, to control enemy movement.
*No official website entry yet.

Knights of the Iron Legion

Conquerer (Medium)
Heavy infantry who have survived years as military fodder, these highly defensive fighters use a combination of shield and flail to overwhelm opponents. (Video)

Warden (Easy)
Balancing offense and defense, these knights make for adaptable warriors on the battlefield with their longswords. Recommended for beginners. (Video)

Peacekeeper (Medium)
Silent blades of the knights, these quick and lethal combatants use daggers to bleed their enemies and even launch a counter-attack, before swiftly backing away to safety. (Video)

What modes will there be?

Three out of the five multiplayer modes will be open. Players will also get to participate in War of the Factions, a persistent battle for territory, for the very first time. All battles will be between two factions only.

Dominion
A 4v4 match where points are scored on kills as well as capturing and holding key areas. The first team to 1,000 points wins.

Duel
A 1v1 best-of-five series fought in an arena.

Brawl
2v2 team deathmatch with no respawns, set in an arena filled with traps and ledges. Determined in a best-of-five.

What is War of the Factions?

It’s a persistent event that collates the results of every multiplayer battle, regardless of region or platform, into a three-way territorial brawl.

You’re free to play as any hero, so don’t feel pressured into staying with your pledged faction.

All beta participants will earn the ‘Emblems of Old’, cosmetic badges that can be adorned on armor and weapons in the full game. The second set of rewards will be announced soon.

Can I still apply for the closed beta?

You can try. They still appear to be taking beta registrations on the official site.

Alternatively, they have the SCARS interactive website, a mixed media showcase of background information on the game and its heroes. Simply follow the on-screen instructions (spoiler: scroll down) to eventually get a chance at customizing a weapon. After that you may obtain a beta code – Ubisoft states that it’s subject to the site’s remaining supply.

Hopefully, we’re looking at a full four days’ worth of glorious melee combat. Even if you don’t end up getting a beta code, one could always watch a stream or two (there’s no NDA) to get a sense of how it all works.

Here’s an added bonus for those of you who have activated a Beta Code: you will automatically be granted access to the Ghost Recon: Wildland Closed Beta when it is ready. Win!

Ade thinks there's nothing quite like a good game and a snug headcrab. He grew up with HIDEO KOJIMA's Metal Gear Solid, lives for RPGs, and is waiting for light guns to make their comeback.
Previous post Singapore’s UnVeiL NoVa takes top spot at Call of Duty Asia Championship
Next post BenQ Zowie FK and ZA series review: Less QQ, more pew pew