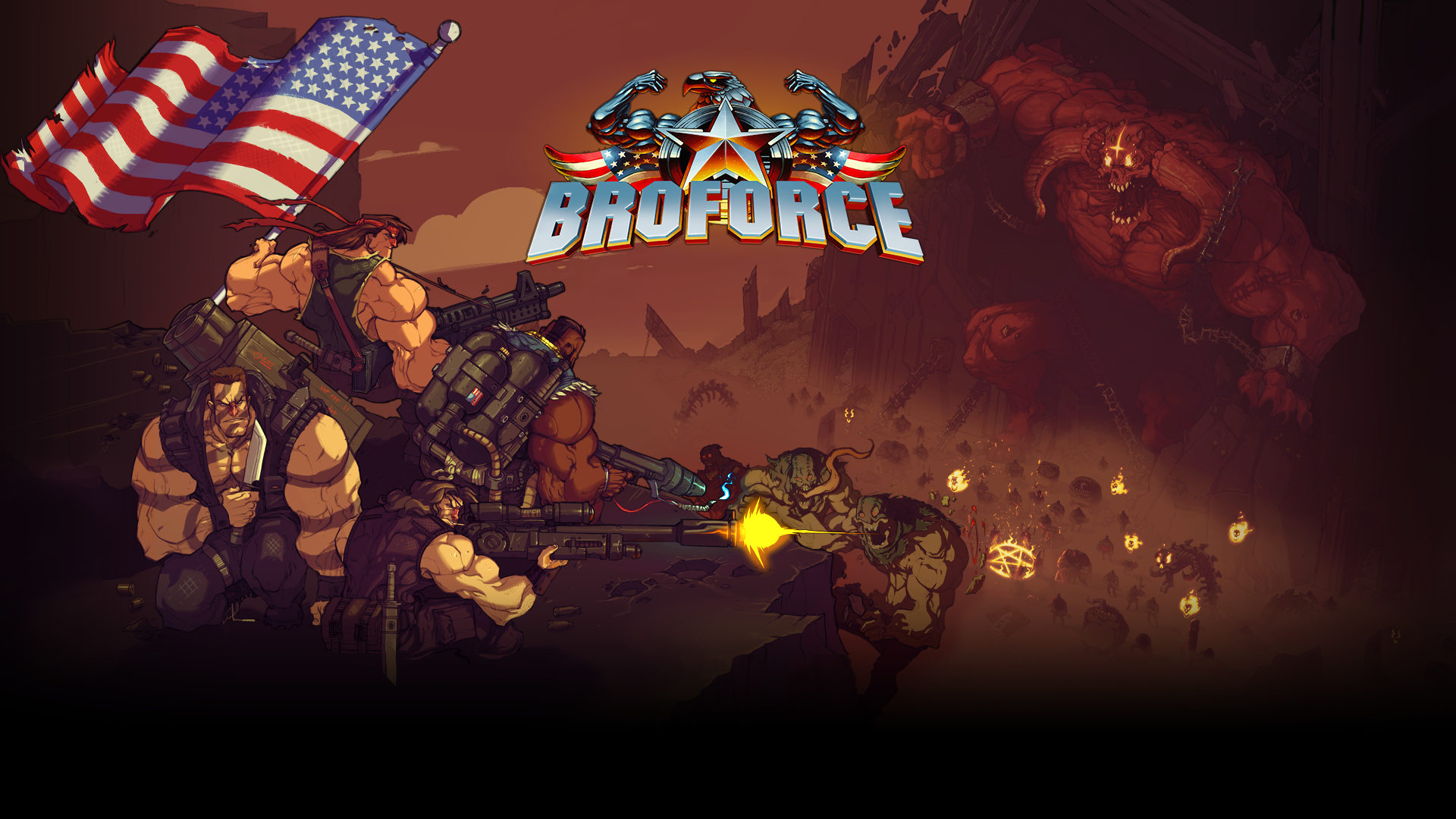 What’s better than one action movie star? An entire platoon of action movie stars. The Expendables movies breathed life into the concept but Broforce lets you live it in all its explosive, freedom-loving glory. On this day, on what folks across the Pacific Ocean are calling the “Fourth of July 15th of October”, Broforce has finally released. Oh and they’ve got an amazing launch trailer.

Now hold up a second – doesn’t everybody already know about Broforce? Well we do because it’s one of the few games that had a model Early Access run. The game ran smoothly, had a huge cast of characters, and had more than enough levels to make the experience worthwhile.

So here we are with a release version. What’s new?

The entire campaign has been given a facelift, though those returning need not worry about all their bros – you might want to reset things anyway just to check out the new unlock art. A number of technical issues have been fixed, such as the incredibly frustrating fact that you could die during a cutscene, with more bugs being patched post-release. Online Death Match levels are a thing now and can be acquired via the Steam Workshop. The multiplayer experience has generally improved too.

However the largest addition has got to be the levels set in Hell. Our bros get to take on Satan in what is supposedly a really tough, and enjoyable, finale. What’s more, you’ll get help from a number of new bros that were introduced in the past few months.

If you’re coming in fresh, Broforce is an action platformer with co-operative support for up to four players. It hangs on to the whole easy-to-learn hard-to-master adage with, quite simply, an awesome cast of characters based on action movie stars across the decades. Don’t spoil yourself by searching up who’s in it; you’ll want to be surprised.

Screenshots don’t really do the game justice so why not try out the free Brototype? Just keep in mind that plenty would have changed for the final version.

Broforce is available now on Steam and other digital retailers for Windows and Mac.

Ade thinks there's nothing quite like a good game and a snug headcrab. He grew up with HIDEO KOJIMA's Metal Gear Solid, lives for RPGs, and is waiting for light guns to make their comeback.
Previous post An Hour-Long Postmortem on Diablo III
Next post Battlefield Hardline Joins EA Access Vault