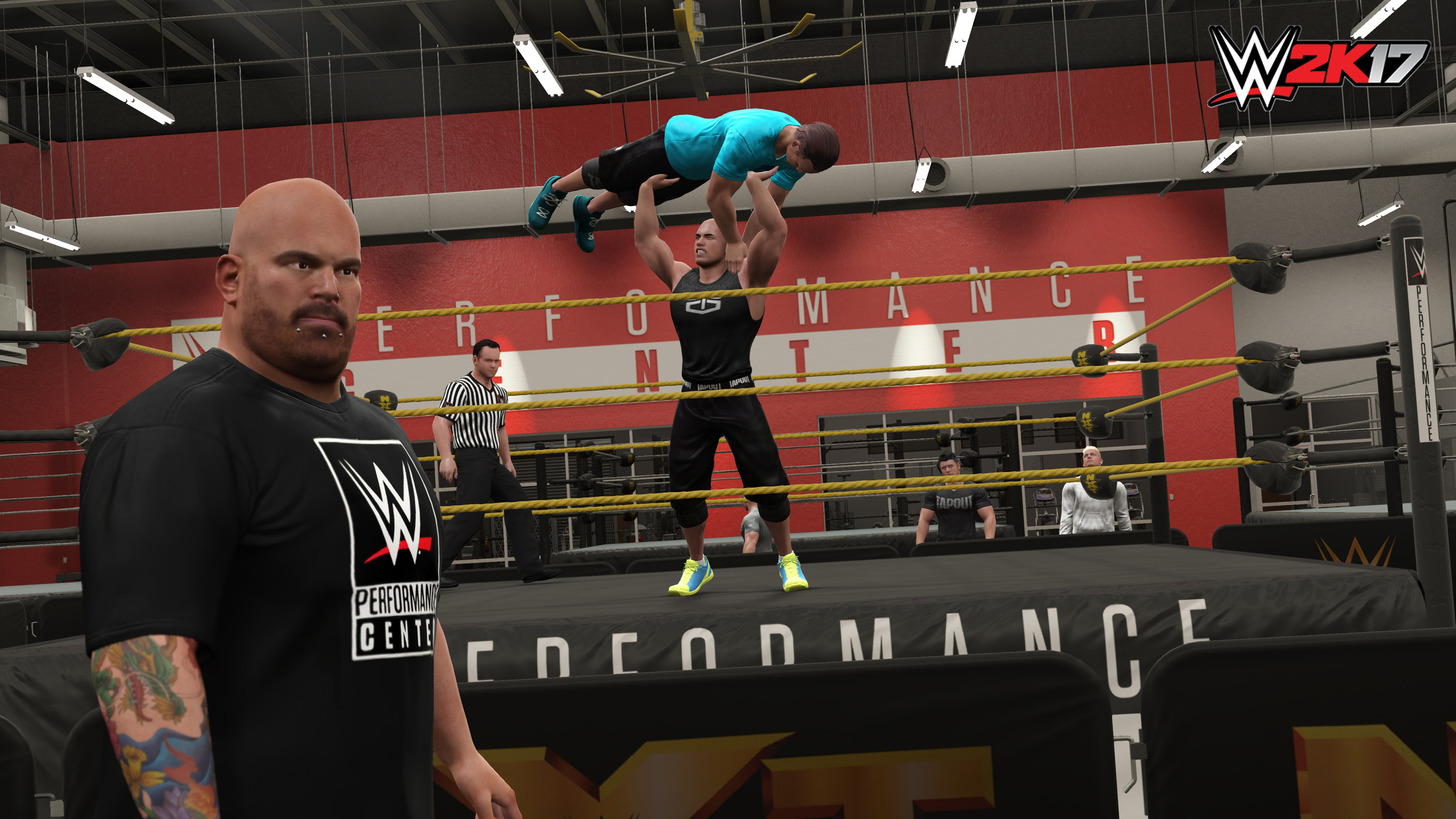 In addition to the new roster – more than 130 past and present superstars spanning WWE and NXT – returning fans will get to enjoy improved gameplay aspects such as the new ‘Promo Engine’. Essentially, it allows players to indulge in the drama and trash talking that makes up a large part of the WWE experience, from calling out rivals to a fight or forming a tag team. Factors such as crowd types and dialogue choices serve to make the process more dynamic.

Of course, players can create their own superstar instead with the WWE 2K17 ‘Creation Suite’, complete with custom arenas, championships, and even videos.

The PC version comes with all DLC currently available on consoles. Any new content released after the PC launch will have to be purchased separately, whether individually or through a season pass. More details on their DLC plans can be found on the official site.

The Standard Edition ($69.90) includes a copy of the game and the ‘Goldberg Pack’, which contains two playable versions of Bill Goldberg and the WCE Monday Nitro and Halloween Havoc arenas. The Deluxe Edition ($105) adds the season pass on top of it. Both versions can be had for 10% and 15% cheaper respectively if pre-ordered.

Ade thinks there's nothing quite like a good game and a snug headcrab. He grew up with HIDEO KOJIMA's Metal Gear Solid, lives for RPGs, and is waiting for light guns to make their comeback.
Previous post Heroes of the Storm SEA qualifiers now accepting sign-ups
Next post Interview with Halo Wars 2’s Design Director Clay Jensen