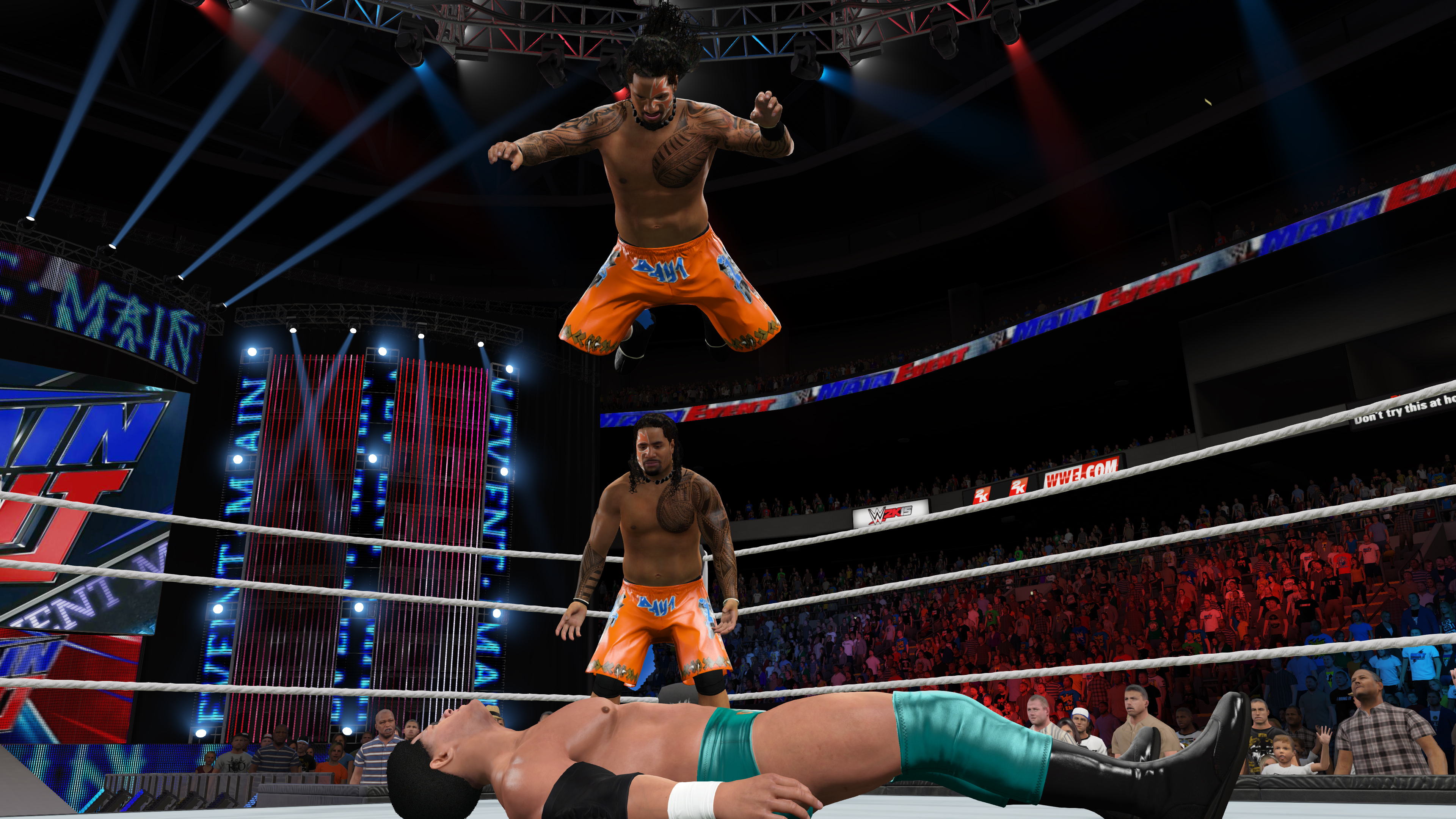 2K has announced the release of WWE 2K15 for PC, their latest iteration of the wrestling franchise. This marks a platform debut for the series, and in true PC gaming form, comes complete with modding support.

WWE 2K15 for PC has all the content found in the console versions which released last year. Developers Visual Concepts and Yuke’s aimed to build a system that better resembles wrestling, rather than being a simple fighting game. They’ve added a stamina meter, revamped the submission system, and generally improved the match types available. For instance, the Steel Cage Match has an escape system where speed is affected by button prompts as well as remaining stamina.

They’ve went even further in their quest to reinvigorate the series. Over forty days of motion capture in an actual WWE ring was used, utilizing the same face and body scanning technology that went into NBA 2K14 (although that release was plagued by visual and performance bugs).  There’s 30 hours of new commentary by Michael Cole and Jerry Lawler each, and they even managed to get a licensed soundtrack curated by John Cena.

Those who purchase the PC release will get access to two playable versions of Sting and Hulk Hogan respectively. Later in the year, 2K will release a free DLC pack containing new characters, moves, and showcase matches. Full details on that can be found on its Steam listing.

2K digital marketer Marcus Stephenson confirmed on Twitter (via Destructoid) that WWE 2K15 can be modded. Although no official tools are provided the game’s files aren’t locked down, giving modders an easier time swapping models and textures among other things. There’s now a guide on how to add custom Titantrons (those huge screens mostly prominent during entrances) and music.

This is a good time as any to remind everyone that the VGCW livestream exists and is still operational.

Ade thinks there's nothing quite like a good game and a snug headcrab. He grew up with HIDEO KOJIMA's Metal Gear Solid, lives for RPGs, and is waiting for light guns to make their comeback.
Previous post MapleStorySEA Star Force Update Improves Enhancement System
Next post Over 65 Cars and 110 Locations for Project CARS at Launch