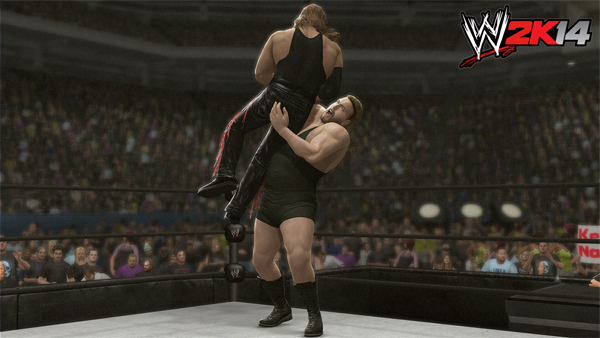 Well, well. Who would have known that even wrestlers get downloadable content?

2K have announced that there’ll be DLCs for its brand of smackdown in WWE 2K14. There are three packs to be exact, each offering new characters and other bits and pieces. You’ll find the details below.

If you’re looking to pick that all up then the US$19.99 (SG$24+) Season Pass would be a better option. It’s fairly cheaper and you get two exclusive Superstars, Scott Hall and Kevin Nash. You’ll also get over ten exclusive options for online badges, just so your opponents know they’re up against a diehard fan.

Just remember to actually try the game first before buying any DLCs.

WWE 2K14 will swagger down the release ramp on 29 October for the PlayStation 3 and Xbox 360. Those who pre-order will find Ultimate Warrior ending up in their rosters too.

Ade thinks there's nothing quite like a good game and a snug headcrab. He grew up with HIDEO KOJIMA's Metal Gear Solid, lives for RPGs, and is waiting for light guns to make their comeback.
Previous post Alien: Isolation Rumoured to Star Ripley’s Daughter
Next post Prepare for Titanfall on March 2014, US$250 Collector’s Edition Shown [Updated]