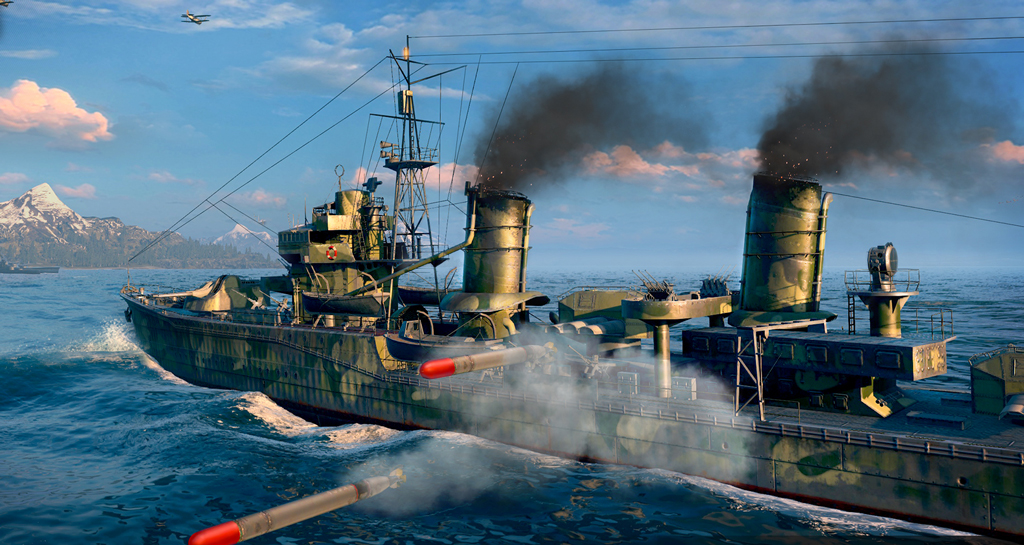 Wargaming has announced that their highly anticipated World of Warships will be launched officially on 17th September. The naval strategy combat game will allow gamers to play four different classes of ships from over 80 selection of historic vessels.

“Based on our Open Beta success with World of Warships, Wargaming is poised to launch our next big game,” stated Fred Menou, Head of Global Publishing, Wargaming. “With 2 million participants and the average player spending 3 hours a day in game we have an armada of sea captains ready to take the helm of the ultimate naval combat game.”

At launch, players will have four distinct classes of warships to command, including the legendary battleship Yamato (the pride of Imperial Japan’s navy) and aircraft carrier Midway. Two full Tech Trees from the U.S. and Japan are available at launch, and several vessels from the U.K, Germany, and the U.S.S.R, including Warspite, Tirpitz and the Russian’s Aurora will be available for selection.

Aaron Yip is an industry veteran with more than 15 years of experience. When not spending time on his gaming PC and consoles, he can be found in Hyrule solving ungodly puzzles and collecting gems.
Previous post The Star Wars Battlefront Beta is coming early October
Next post Just Cause 3 coming to Asian shores on 1st Dec