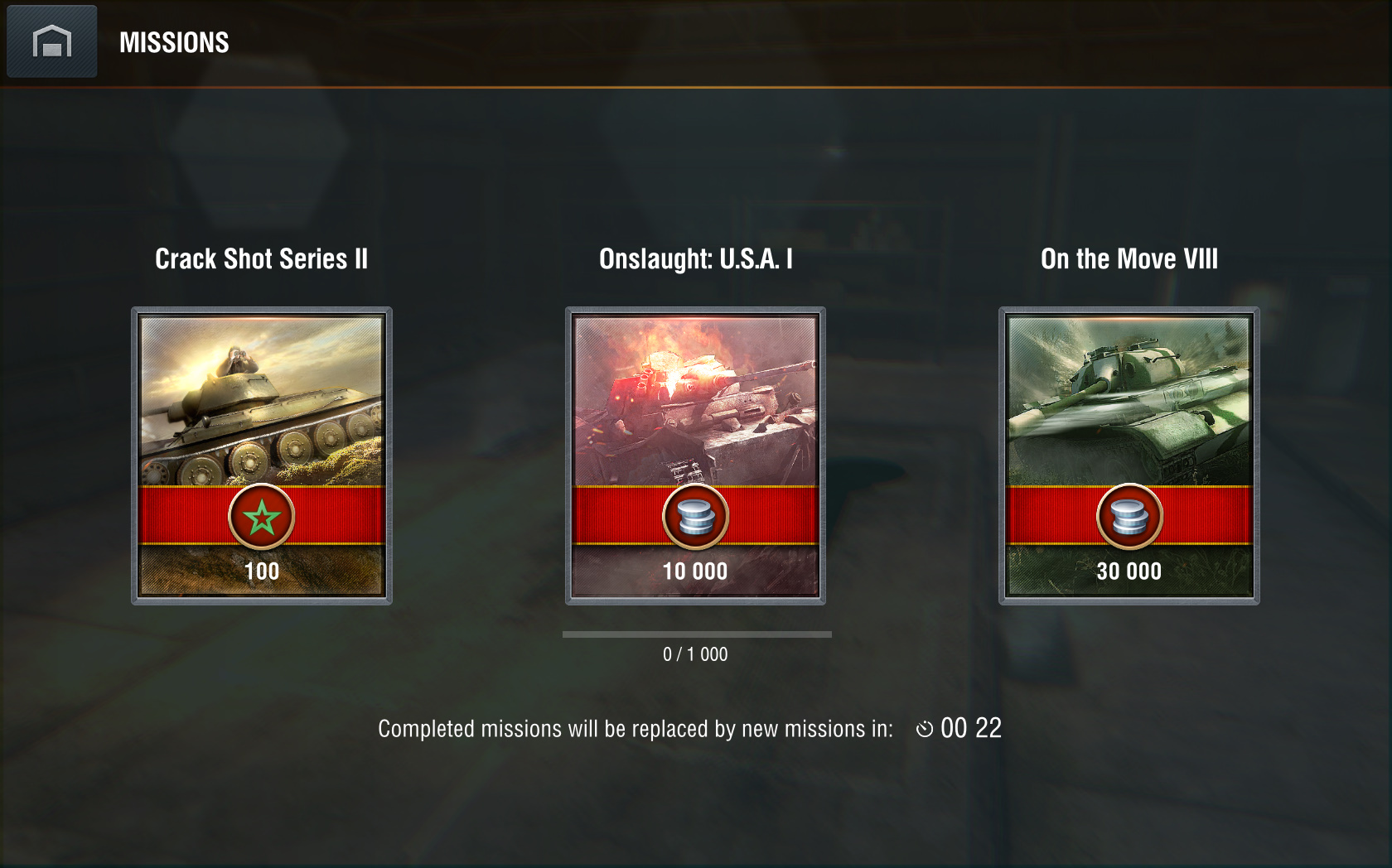 Tank commanders in Wargaming’s World of tanks Blitz will be relieved to know that Battle Missions have been introduced with the release of update 1.8.

Each player will receive a set of three missions which, upon completion, will drop rewards such as Premium Account time, experience (including free and crew XP), and credits. These missions come with varying difficulties and pre-requisites, such as completing it with a platoon mate. Some must be done within a single battle, while others can be accomplished over time. Players who don’t like a particular mission have the option of skipping one every 24 hours.

Meanwhile, newcomers will benefit from an improved tutorial that covers all aspects of the game, be it out in the field during combat or in the garage managing tanks, crew, and equipment. Naturally this extends the tutorial length significantly, so Wargaming has sensibly allowed players to skip it entirely.

They’ve also added a demo account to the game to let players skip the initial registration process. Given how important first impressions are for a free-to-play mobile game, reducing the amount of waiting time is critical. Demo accounts will be assigned a randomly generated name and retain all progress and store purchases. Players can choose to upgrade by registering for a Wargaming account at any time.

World of Tanks Blitz currently has vehicles from the USA, UK, USSR, and Germany that go all the way up to Tier X, the highest available tier. For more information or links to the iOS and Android versions, head on over to the official site.

Ade thinks there's nothing quite like a good game and a snug headcrab. He grew up with HIDEO KOJIMA's Metal Gear Solid, lives for RPGs, and is waiting for light guns to make their comeback.
Previous post Gumi Asia on Creating an Exclusive PVP Mode for Chain Chronicle
Next post ESA Releases 2015 Report on US Videogame Industry