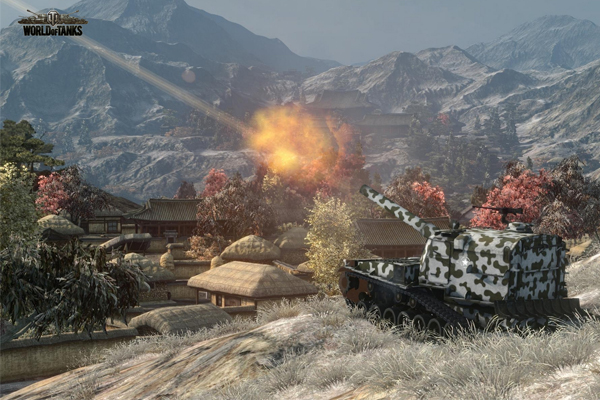 You might want to loiter near cover more often as Update 8.6 for World of Tanks is now rolling out. Europe and  Southeast Asia already has it while North America and South Korea will receive them on 20 June, 25 June and 4 July respectively.

The highlight for 8.6 is the introduction of high-tier SPGs (Self-Propelled Guns), shifting current Tier VIII SPGs to Tier X while adding new units in-between. The A33 Excelsior, a British Tier V Premium Heavy Tank, will be the only other addition to the roster. As for maps, we’ll see the new Korean-based Sacred Valley making its way into the rotation.

Accompanying the new SPGs is a bunch of gameplay and in-game economy adjustments. A few highlights include revisions to gun accuracy, HEAT (High-Explosive Anti-Tank) shells and camouflage. Furthermore, damage done to enemy tanks you’ve tracked will go rewarded and the reduced experience rates for SPGs and Tank Destroyers will be lifted (rejoice!). High tier vehicles will also see increased income rates. For full patch notes you can head over to the World of Tanks forums for now.

We’ve also got an old but relevant video where VP of Game Design Sergey Burkatovskiy (always a favourite on the Russian forums) explains Wargaming’s direction with the SPG changes lately. And as usual, speculations for 8.7 can already be found across the internet.

Ade thinks there's nothing quite like a good game and a snug headcrab. He grew up with HIDEO KOJIMA's Metal Gear Solid, lives for RPGs, and is waiting for light guns to make their comeback.
Previous post Xbox One Drops Online Requirement and Used Games Limitations
Next post Company of Heroes 2 Dev Diary on Multiplayer