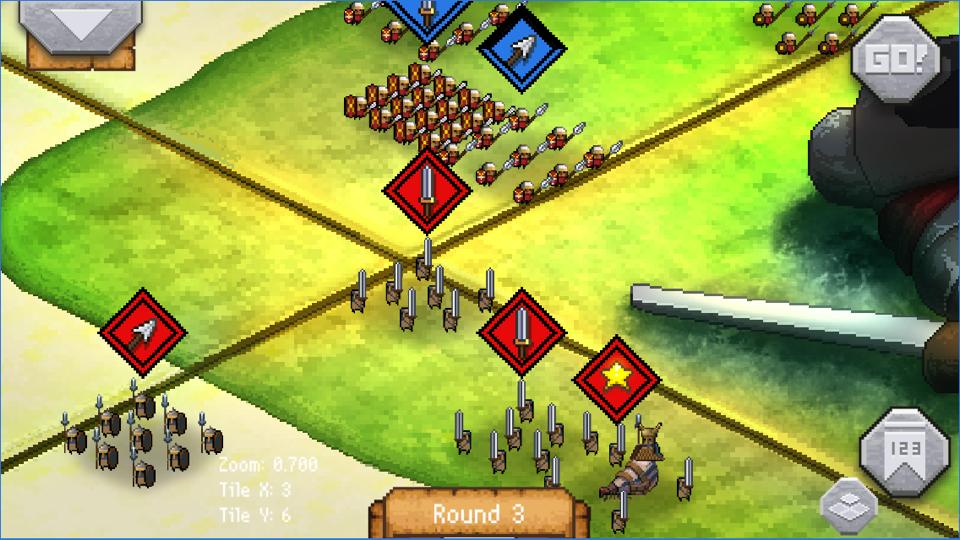 Dust mites and bed bugs are quite possibly the bane of our night-time existence. The fight against these miniscule foes is eternal, but did you know that these two tiny creatures have a war of their own? At least that’s what local game developer Witching Hour Studios is proposing, as their next title features the mites and bugs in a tactical tug-of-war for bedroom supremacy.

At first glance, Romans in my Carpet! looks similar to the studio’s award-winning Ravenmark: Mercenaries and with good reason: they’re running on the same engine. As said engine already runs on both iOS and Android, why fix what isn’t broken?

It’s a mystery what the Romites and Breetles are fighting over (possibly that prime space under our warm bodies) but it’s safe to assume that the gameplay will be familiar. In Ravenmark, both sides issues orders simultaneously before ending the turn to see what happens. There’s an initiative order between the different units, as well as all sorts of bonuses for positioning or flanking. Go try it if you haven’t already.

Witching Hour will be releasing Romans in my Carpet! next month as a paid app, with in-app purchases for cosmetic options. It’s a playful detour between the studio’s major projects but even so, this little campaign sounds charming already.

Now every time you sun those carpets and bed sheets you can think about the hundreds of tiny voices lamenting the cruelty of the gods. “Roma invicta!” exclaims one as it gloriously perishes in UV fire.

Ade thinks there's nothing quite like a good game and a snug headcrab. He grew up with HIDEO KOJIMA's Metal Gear Solid, lives for RPGs, and is waiting for light guns to make their comeback.
Previous post GBA4iOS 2.0 Released For iOS 7
Next post StarCrawlers is 62% funded in 8 days