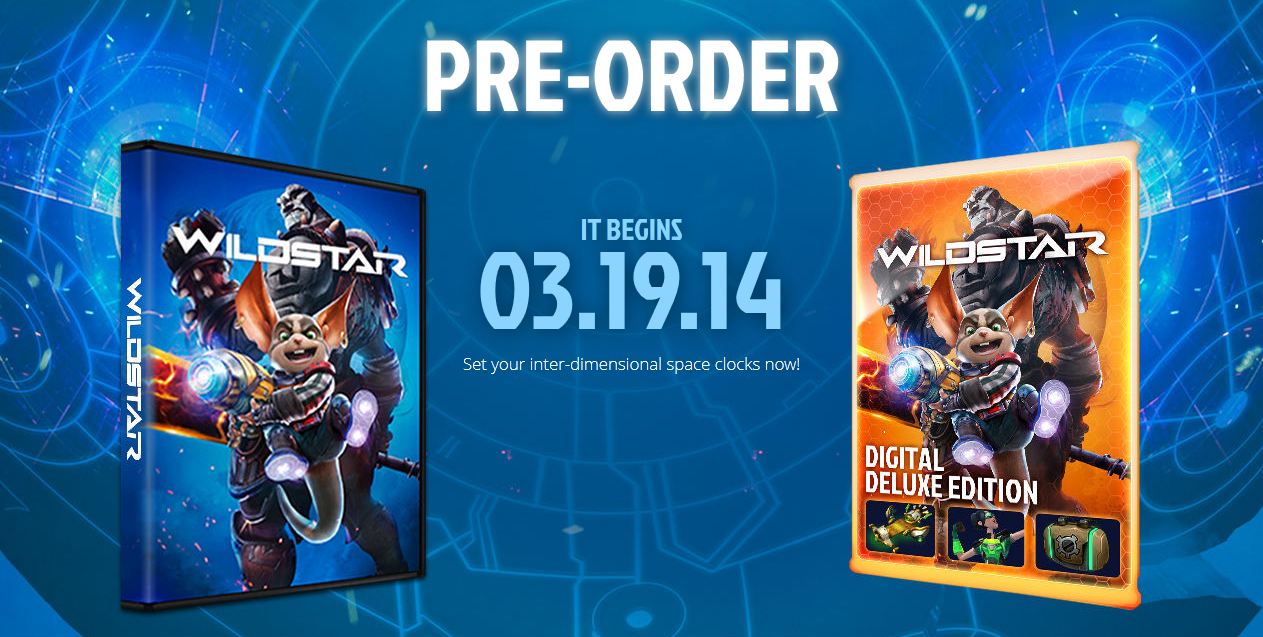 Ready to take on the second hotly anticipated MMORPG this year? After yesterday’s leak, Carbine Studios has officially announced the release details for WildStar, the game whose roots just scream World of Warcraft. The studio was founded by former Blizzard staff, after all.

Don’t let that mislead you though, for WildStar is more than just a clone. The game’s early appeal lies in Carbine’s promise to provide raid content for large groups – something fairly lacking today – though the game’s charming world and telegraph-heavy combat have given WildStar its own identity to stand on. There are the excellent DevSpeak videos if you want to learn more.

One other unique feature would be its business model, which bears resemblance to EVE Online. After the first 30 days are up, players can either purchase a monthly subscription or purchase an in-game item (C.R.E.D.D.) with in-game gold to extend play time. You can find out more about that here.

On to the pre-order bonuses then; Regardless of which edition you go for, putting in your money early will get you these:

What’s a Rocket House, you ask?

It’s not all good news though. The only servers available will be in North America and Europe, with no cross-region support. While latency didn’t pose a problem for me, it remains to be seen how it’ll hold up during a raid, especially when there’s such a strong focus on staying mobile.

WildStar releases on 3 June 2014 for Windows PC. Time to find some guildmates!

Ade thinks there's nothing quite like a good game and a snug headcrab. He grew up with HIDEO KOJIMA's Metal Gear Solid, lives for RPGs, and is waiting for light guns to make their comeback.
Previous post Hearthstone Goes Live With Some New Features
Next post The Reaper of Souls Visits Singapore on 25 March