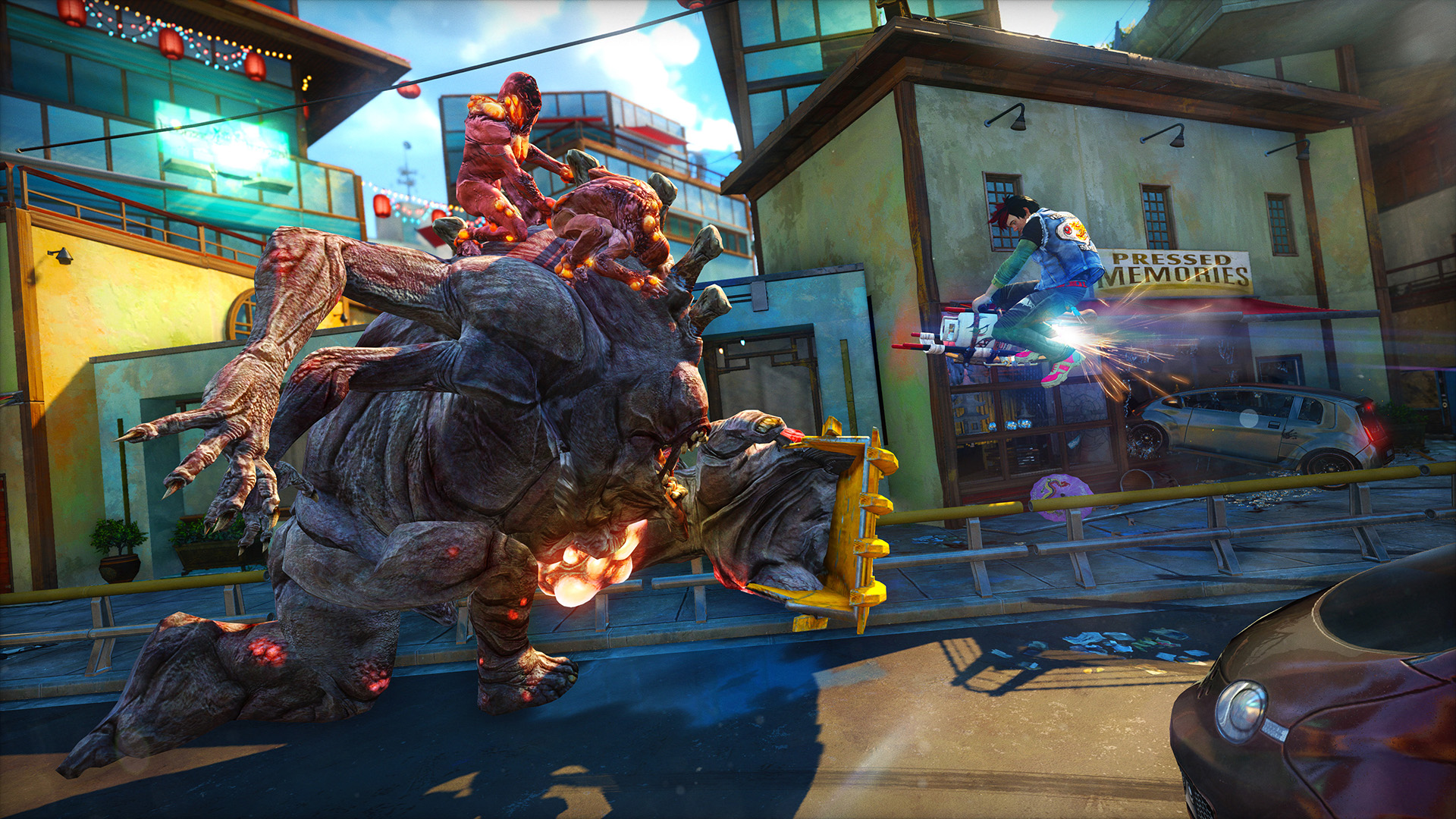 Insomniac Games are looking to release their third-person shooter Sunset Overdrive later this month on the 28th. Set in an open world city, the Xbox One exclusive sports many similarities to the studio’s other series, Ratchet & Clank. Featuring grind rails, crazy weapons and a colourful world, players are asked to be agile and stylist with their combat rather than hunkering down behind cover. How so? Well check out the videos below, courtesy of AGB.

Aside from the single-player story, Sunset Overdrive will have an eight-player cooperative “horde mode” known as Chaos Squad.

Yet more open world shooting, this time away from the city and from a first-person perspective instead. Ubisoft has released the first part of their series covering the Kyrat setting of Far Cry 4. If you’ve played Far Cry 3 there’s a lot you’ll recognize in this video (perhaps too much) but hopefully the gameplay itself remains fresh.

There’ll certainly be more where this came from in the coming weeks, though you can check out their official YouTube channel for all the older stuff. Far Cry 4 releases in mid-November 2014 for multiple platforms.

We’ve said it before but eSports is growing fast and it’s no surprise to see the mass media cast their attention upon it. The New York Times’ latest in their Power Up column takes a look at Riot Games’ League of Legends.

The whole thing is a worthwhile read so set some time aside for it when you can. Be it Riot’s business model (a revenue of US$122 million on in-game purchases in August alone), their approach towards online behaviour, or the game’s ongoing development, there’s nearly something for everyone. Don’t miss the three minute accompanying video at the start too.

A two-day community event Sony is calling PlayStation Experience will be held in Las Vegas, Nevada on 6–7 December. Unless you plan on crossing a few thousand miles by plane, there’ll be live videos and waves of updates over on their official blog.

What makes this worth mentioning is that there’ll be a first-look at 2015’s line-up, with rumours pointing towards the announcement of two big-budget exclusives. What are you hoping to see?

Ade thinks there's nothing quite like a good game and a snug headcrab. He grew up with HIDEO KOJIMA's Metal Gear Solid, lives for RPGs, and is waiting for light guns to make their comeback.
Previous post Bayonetta 2 Demo out Now for Wii U
Next post House of Heroes Makes Its Way to Singapore and Malaysia