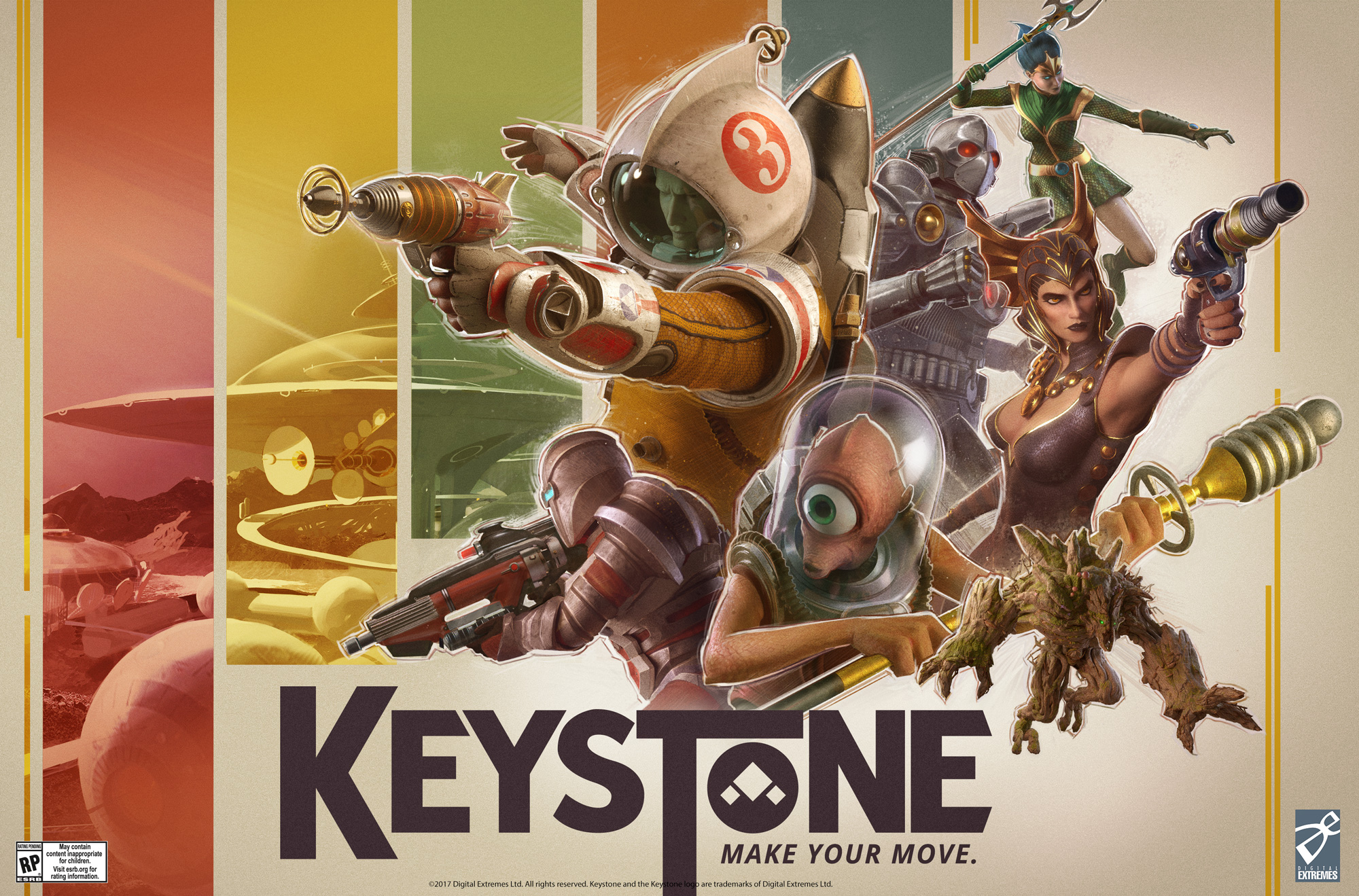 Digital Extremes, the Canadian team behind massive free-to-play hit Warframe, has announced a new title for PC. Developed under a second internal team, Keystone is a competitive first-person shooter with “a distinct blend of first-person action and deck-building strategies.” Eager to receive community feedback, the first Closed Alpha session is slated for this weekend, 26-29 May, and applications are now open.

“With the look and feel of the 1970’s retro-pulp era, Keystone will take players on a journey through a multi-verse that begins on the starting square of an intriguing, mystical board game,” reads the official description. That probably explains how cards enter the picture, as players will get to spend theirs on benefits, powers, and weapons throughout the match.

It’s by no means a new concept — Titanfall had Burn cards, for example — although its implementation will presumably be closer to Halo Wars 2, where teams that successfully coordinate their decks get the edge in combat.

Surprisingly, there isn’t any teaser trailer, screenshots, or further information on both the news release and website, other than it being a free-to-play title; actual gameplay will have to wait till this weekend.

Speaking of which: invites to the Closed Alpha don’t seem guaranteed, but what you can do is to sign-up and successfully refer four others to have your group placed on the “VIP list”.

Ade thinks there's nothing quite like a good game and a snug headcrab. He grew up with HIDEO KOJIMA's Metal Gear Solid, lives for RPGs, and is waiting for light guns to make their comeback.
Previous post Cat Quest adds PC and PS4 for its coming launch
Next post Netflix’s Castlevania Animated Series Teaser Trailer is here