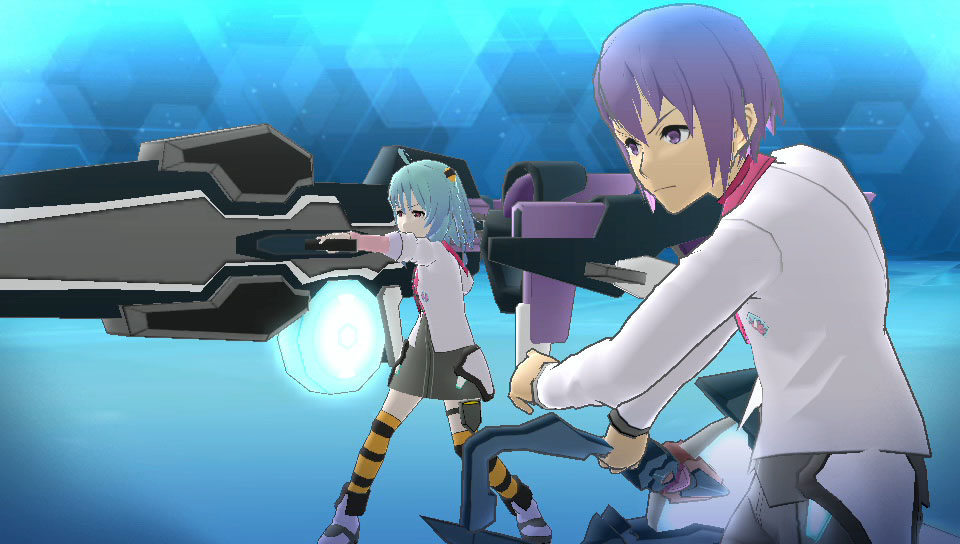 To summarize, the Asterisk War is set in an alternate 20th century, whereby a catastrophic impact event has forced Earth to reorganize in new cities under a global leadership. One of these cities, Asterisk, is home to six academies and their Festas – tournaments held between super-powered humans.

The focus is on the students and these tournaments, so expect teenage adventure and romance set against a good old-fashioned slugfest.

While the series has already been adapted into manga and anime, Phoenix Festa marks its first jump into videogames. The Vita title puts players in the shoes of Seidoukan Academy’s Ayato Amagiri, a young transfer student who has to ultimately choose one partner for the tournament.

As expected of a dating sim, there are multiple endings to arrive at. However, players may opt to go through the story with their own customized character instead, or replace their AI tournament opponents with friends through an ad-hoc mode.

The Singapore release of A.W.: Phoenix Festa retains its Japanese voice acting and carries a recommended retail price of $69.90. The game will also be sold as a digital download via the PlayStation Store.

Ade thinks there's nothing quite like a good game and a snug headcrab. He grew up with HIDEO KOJIMA's Metal Gear Solid, lives for RPGs, and is waiting for light guns to make their comeback.
Previous post Giveaway! In-game hints for Disney Catch Catch
Next post Taiwan gets a giant bronze statue of Arthas, the Lich King