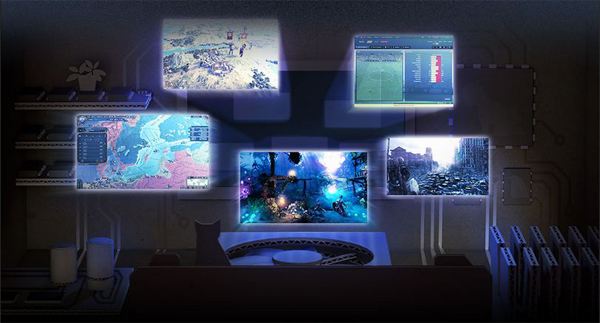 One of the early points of discussion in the next-gen war was the ability to share your library of digital games – who wouldn’t want a cool feature like that? Trust Valve to swoop in and offer their users the ability to do just that, using something called Steam Family Sharing.

It’s pretty funny when you consider the fact that most Steam customers have already written off games sharing during their shift to digital.  That said there are people clamouring for such a feature and while this will only be a limited beta, the announcement should please many, especially those with younger gamers in their family.

Sharing is as straightforward as it gets: once a computer is authorized by the lender, the borrower will have access to the entire library of games, including any downloadable content (DLC). The borrower will have their own Steam cloud for achievements and save files, so there goes any worry about conflict issues.

It sounds amazing so far but there’s a catch: only one library may be accessed at a time. The owner (lender) will always have priority in this instance, so the borrower will get a notification to either purchase their own copy or quit the application after a few minutes. That means you won’t be able to play two different games at the same time, which is unfortunate.

There are other limitations such as games that require an additional third-party service (looking at you, Games for Windows Live) or when regional restrictions in play (banned or not available yet, for example).

You can indicate you interest by joining its Steam Community Group, where a thousand accounts will be granted access for the limited beta starting next week. Regardless of whether you plan to join, here’s the official page for you to find out more – it includes a FAQ section that should provide enough answers.

We just might be one step closer towards trading, or even selling, our digital games.

Ade thinks there's nothing quite like a good game and a snug headcrab. He grew up with HIDEO KOJIMA's Metal Gear Solid, lives for RPGs, and is waiting for light guns to make their comeback.
Previous post Map for Grand Theft Auto V Leaked
Next post Game of Thrones Gets The 8-bit Platformer Treatment