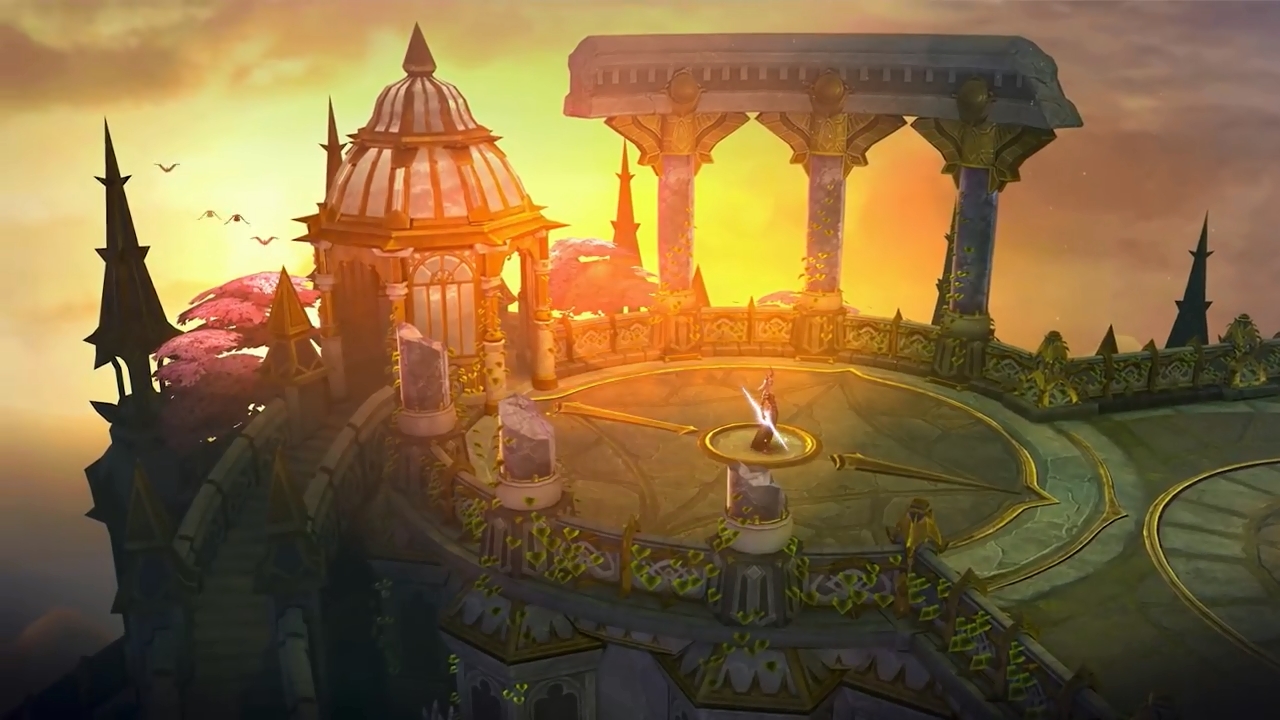 Dota 2, League of Legends, Mobile Legends — all popular MOBA titles on desktop and mobile, and all sharing something in common: a 5v5 team set-up. Come February 2018, Super Evil Megacorp’s Vainglory will be joining their ranks as it too transitions into a 5v5 competitive standard, boosting both the game’s appeal and esports potential.

Named “Sovereign’s Rise”, the new and larger map is described as the Storm Queen’s personal gardens, a courtly arena defined by its landscaping, statues, river, and — lest you forget who exactly owns the place — a pair of dragons. These majestic beasts replace the Kraken of Halcyon Fold, swooping across the battlefield to announce their presence and, to the unlucky recipients, the start of their hunt. And yes, there are two of them; let the implications of that sink in for a bit.

The dragons and map size aren’t all that’s new. Other strategic considerations include a flowing river that affects movement speed, as well as upgraded Vain Crystals. No longer a helpless, levitating gem, these Sovereign’s Rise variants are perfectly capable of defending themselves against lone trespassers, firing bolts of homing missiles that extend around the base perimeter.

In fact, cavorting around the place solo is now far riskier thanks to the implementation of a “fog of war.” Add to that the greater time needed to respond to threats farther away, and players now face a greater need for map vision to know and predict enemy movement.

Here, have a look at Sovereign’s Rise for yourself:

For players in a pinch, the new Teleport Boots item lets them instantly travel to any location on the map. It’s incredibly useful when equipped in the right hands, though it does come with a long 210 second cooldown — bear in mind things are still subject to change.

In fact, we were informed that updates were being rolled out on an almost daily basis, adding and improving the game, especially when it comes to graphics and performance.While already a great looking mobile game, SEMC are upgrading Vainglory’s visual fidelity to match that of PCs, coupled with plenty of optimization to keep frame rates high. They’re aiming to hit 120Hz by the Feb launch, taking advantage of their partnership with Razer given the company’s debut gaming-oriented phones.

5v5 is obviously a huge deal in and of itself, but there’s so much more to the coming update that SEMC briefly considered naming it as a sequel instead.

It’ll be interesting to see how Vainglory grows both their playerbase and competitive ceiling next year. The developer has already called out its competitors in a promotional video, with the community happily following suit by giving out joke condolences to Mobile Legends and Arena of Valor:

Vainglory is playable on iOS and Android.

Ade thinks there's nothing quite like a good game and a snug headcrab. He grew up with HIDEO KOJIMA's Metal Gear Solid, lives for RPGs, and is waiting for light guns to make their comeback.
Previous post Singapore’s Team Impunity takes fourth at the Vainglory Worlds 2017
Next post Review – Logitech G613 wireless gaming keyboard