Uncharted’s A Thief’s End and The Lost Legacy bundled for $74.90 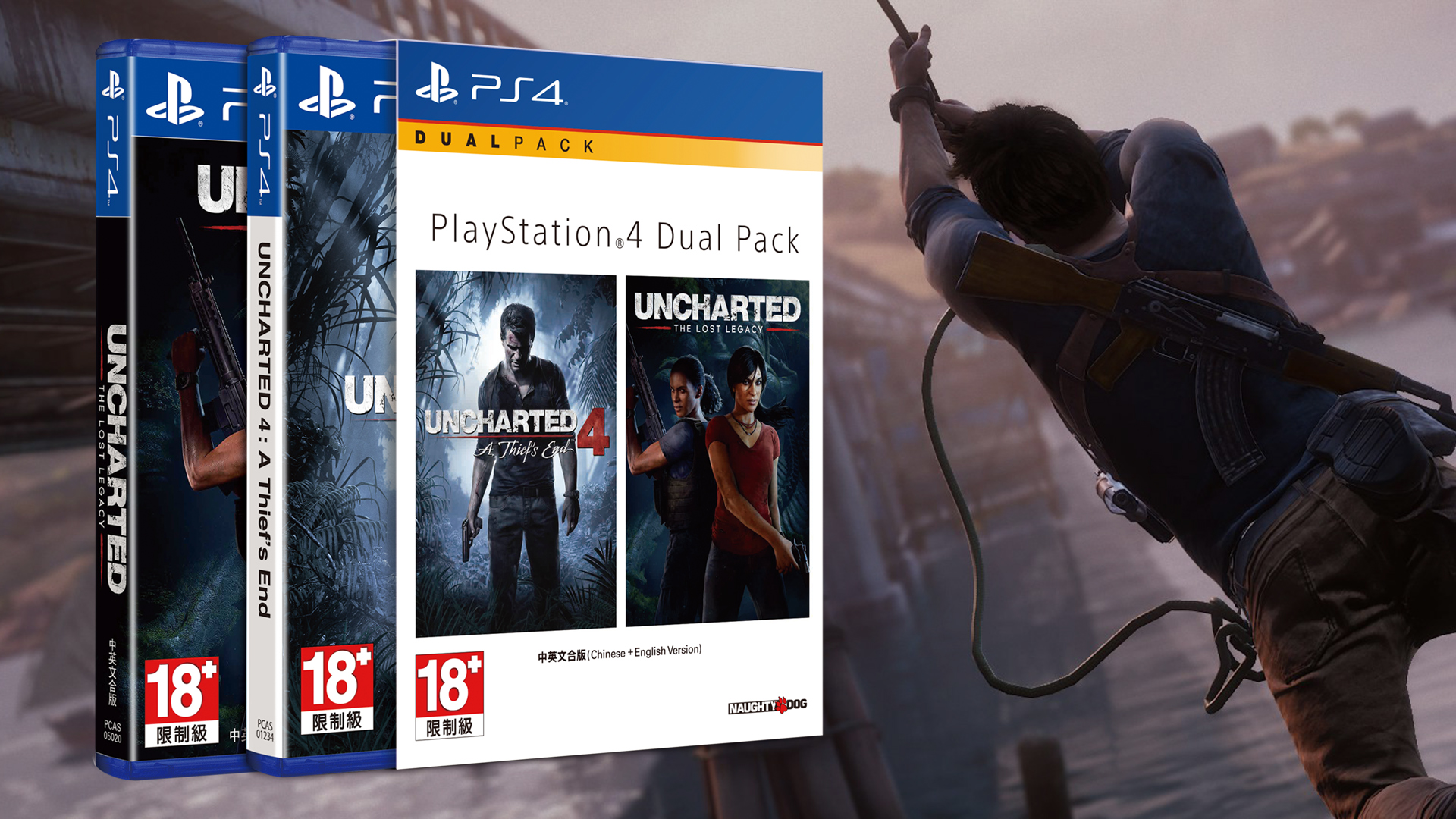 While Naughty Dog hunkers down for The Last of Us Part II, why not busy yourself with their latest work? Sony Interactive Entertainment has released the Uncharted Dual Pack, a physical bundle containing Uncharted 4: A Thief’s End and Uncharted: The Lost Legacy, available at retailers now for $74.90.

Nobody expected a guy in a tee-shirt and jeans to be the next big mascot of PlayStation yet Naughty Dog pulled it off, setting the tone for a new breed of action-adventure games. Sadly, after a boisterous nine-year run it was time to bid farewell to our wise-cracking hero, and Uncharted 4: A Thief’s End couldn’t have been a better send-off. Both an origin story and epilogue, the game takes everything we’ve loved about the series and dialed things up to eleven, sending Nathan Drake on heists, chases, and explosive shoot-outs in what will be his final treasure hunt.

Our review called it “an outstanding addition to any gamer’s library” and awarded it a rare perfect score.

The curtains may have drawn for Nathan Drake but there’s still a place out there for the Uncharted brand. In comes this standalone expansion, shifting the perspective to fellow treasure hunter Chloe Frazer and her unlikely ally, the mercenary Nadine Ross. Together they journey throughout India in search of the legendary tusk of Ganesh, switching up the mechanics to better reflect Chloe’s strengths.

Our review called it “a refinement of everything that’s made the Uncharted series great” and that it “proves that the series can move on without shoehorning Nathan Drake into every entry.”

New to the series? You should pick up the Nathan Drake Collection instead.

Ade thinks there's nothing quite like a good game and a snug headcrab. He grew up with HIDEO KOJIMA's Metal Gear Solid, lives for RPGs, and is waiting for light guns to make their comeback.
Previous post Review: AMD Vega 56 8GB Graphics Card (PowerColor Red Devil Vega 56 8GB)
Next post Final Fantasy XII: The Zodiac Age out now for PC