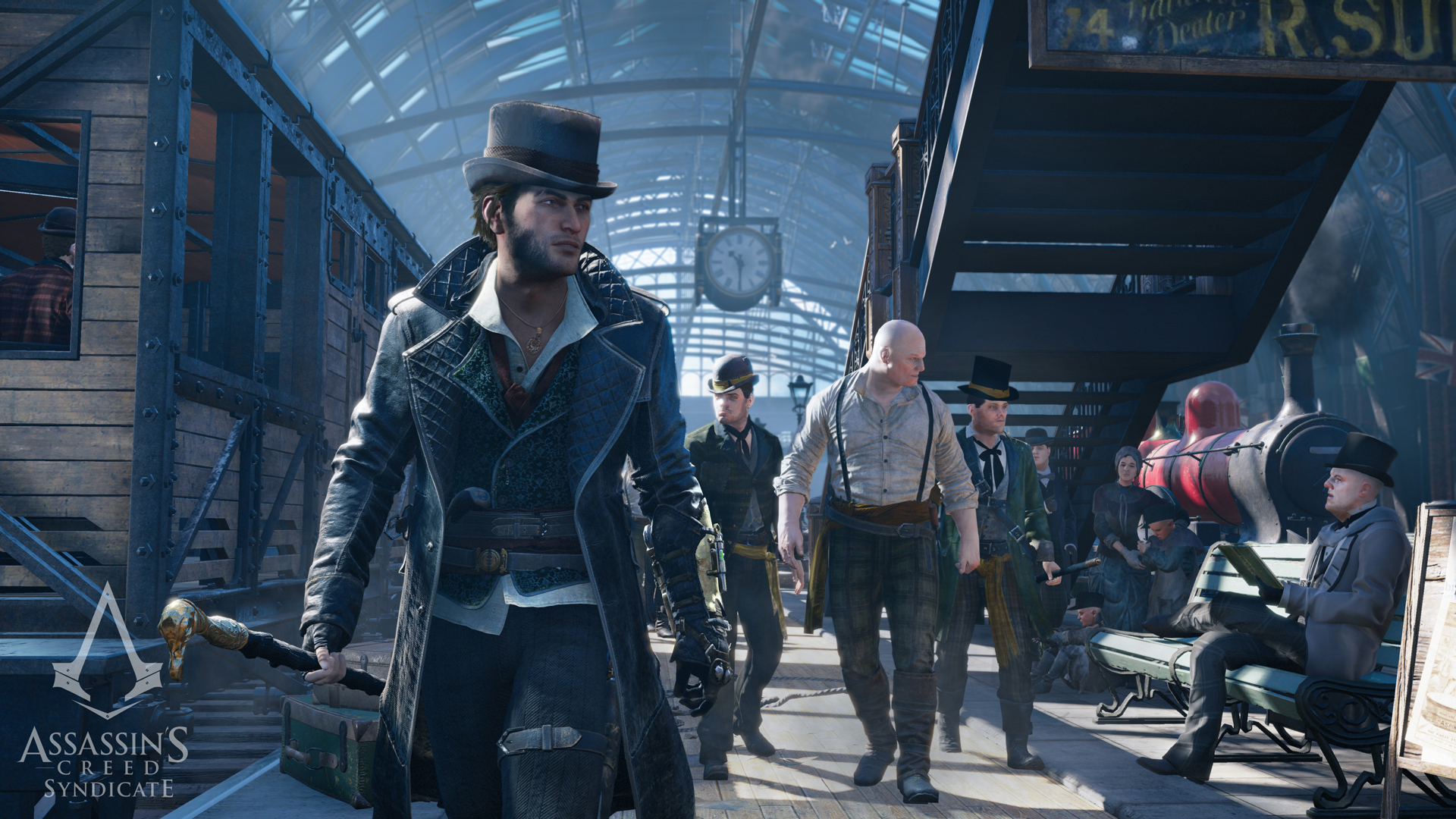 Ubisoft has revealed Assassin’s Creed Syndicate as their next entry in the sprawling run-climb-stab series, this time set in London during the Industrial Revolution.

Players will walk in the boots of twin Assassins Jacob Fyre and Evie Frye, however the two couldn’t be any more different. Jacob (pictured above) is the “hot-headed and rebellious leader of an underground gang” whereas his sister, Evie, embodies the Creed a little better as a master of stealth and control.

There’s always a conflict wherever the Assassins and Templars go, and in this case that backdrop is a class war. The revolution has sparked a growing wealth gap between industrialists and workers, and it falls to Jacob to lead one of history’s infamous street gangs to wrestle control of London’s criminal underworld.

AC Syndicate is being worked on by a total of nine studios led by Ubisoft Quebec. The associate studios are Reflections alongside Ubisoft Montreal, Singapore, Annecy, Montpellier, Chengdu, Shanghai, and Kiev.

Naturally, a concern among many is just how stable the game will be at launch given the crippling problems AC Unity faced in 2014. There’s also the matter of franchise fatigue, in terms of both story and gameplay. Syndicate having the most modern setting to date may have it easier in the gaming department, but will it satisfyingly tie in to the greater Assassins-versus-Templar narrative?

Assassin’s Creed Syndicate will be available worldwide on 23 October for PlayStation 4 and Xbox One. A Windows PC version releases in autumn (sometime before mid-December). And of course there are pre-order editions – you can see what all that entails over on this page.

Ade thinks there's nothing quite like a good game and a snug headcrab. He grew up with HIDEO KOJIMA's Metal Gear Solid, lives for RPGs, and is waiting for light guns to make their comeback.
Previous post Invisible Inc. Out Now, 20% Discount for Mark of the Ninja Owners
Next post Wargaming Releases Top 10 Video from Grand Finals 2015