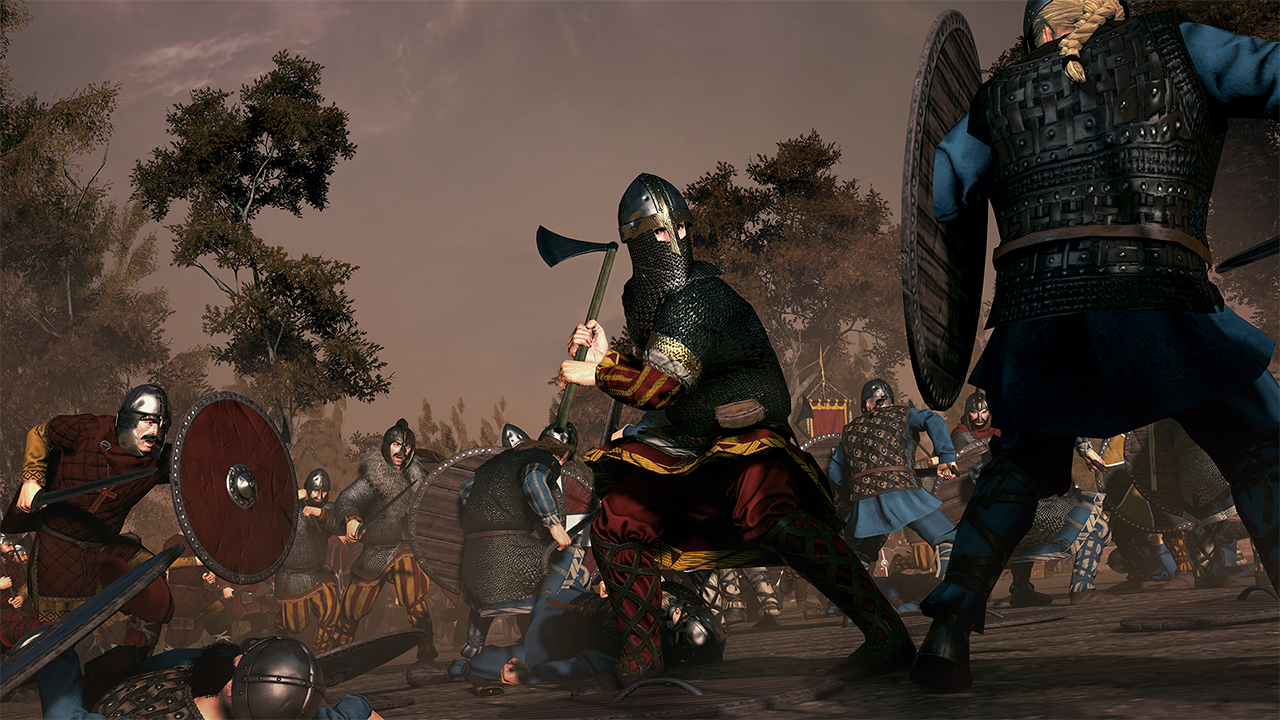 Creative Assembly have released an in-engine cinematic trailer for A Total War Saga: Thrones of Britannia, the first in a line of spin-off titles.

“Alfred the Great’s victory at the Battle of Edington, in which he stood fast against the Viking invaders and changed the future of the British Isles, marks the player’s historical starting point of 878 AD in the forthcoming game.”

For some background: King Alfred succeeded the throne following his brother’s death, in the midst of a Danish invasion. He lost his first engagement with them a month later, ultimately forced to make a peace agreement. Yet trouble brewed years later, and under a new leader the vikings invaded once again, devastating other territories and leaving Wessex, King Alfred’s domain, the last remaining Anglo-Saxon kingdom.

From there, we come to the pivotal Battle of Edington. Historically, Alfred the Great prevailed in a decisive victory, chasing the vikings to their stronghold which they proceeded to siege. The Danish held out for three weeks before surrendering, with King Gunthrum’s baptism being one of the notable terms for surrender. Alfred did plenty more afterwards but that, it seems, is what the game is leaving to the player.

CA states that each faction leader, like Alfred, will face “a series of unique events and branching dilemmas based on historical events.” Victory can be achieved either through aggressive expansion, increasing faction fame, and by completing unique objectives.

In an announcement Q&A, CA says that the Total War Saga games aren’t necessarily short, comparing it to standalone expansion Fall of the Samurai for Total War: Shogun 2. In other words, they aim focus on smaller, geographical areas but to compress the events, so the end result may last just as long as a full campaign.

Development for Total War Saga: Thrones of Britannia will not affect their next, major release as it involves a separate team. What exactly that is remains a mystery for now, but Creative Assembly are teasing that it will “feature a new era we haven’t visited yet.”

Ade thinks there's nothing quite like a good game and a snug headcrab. He grew up with HIDEO KOJIMA's Metal Gear Solid, lives for RPGs, and is waiting for light guns to make their comeback.
Previous post Paladins has entered the Battlegrounds
Next post Monster Hunter: World gets a final beta on 18 Jan, shows off elder dragons in new trailer