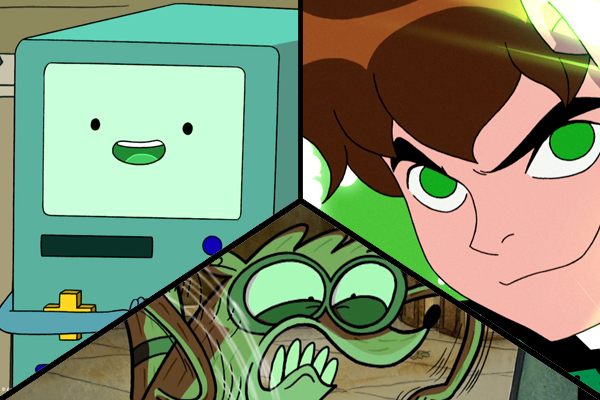 Good news for animated show fans! D3Publisher and Cartoon Network are teaming up once again to bring us video games based on Adventure Time, Regular Show and Ben 10 Omniverse, all set to release for Fall 2013 (between September to December). No images accompanied the announcement so we’ll have to make do with our imaginations here.

Adventure Time: Explore the Dungeon Because I DON’T KNOW!

Yes, that really is the title of the next game by developers WayForward. They’re not new to the IP, having teamed up with series creator Pendleton Ward before to create Adventure Time: Hey Ice King! Why’d You Steal Our Garbage?!! – it has an amazing soundtrack, just so you know.

The dungeon in question is the Secret Royal Dungeon deep below the Land of Ooo. It’s up to you to save Candy Kingdom from whatever mystery awaits, picking fan-favourites like Finn, Jake, Marceline and even Cinnamon Bun, among many others. Did I mention there’ll be four-player co-op too? It wouldn’t be an adventure without your friends! Well, unless Lemongrab is involved.

This time it won’t be exclusive to the Nintendo 3DS either. In addition to the handheld, Explore the Dungeon will be releasing on PC, PS3, Xbox 360 and Wii U, ensuring that it lands in the hands of as many fans as possible.

The first question that comes to mind is: just how did these two manage to find themselves in a virtual world? All we know is that the best friends have been transported into some of their favourite video games – something Mordecai would make full use of, I’m sure – and will have to get past various challenges to “escape and get back home in this ‘eggscellent’ journey.”

WayForward will be taking on duties for this game as well, working closely with show creator JG Quintel to keep the game’s humour and story true to the TV series. However, as this is the first Regular Show game, it’ll only be releasing on the Nintendo 3DS handheld.

The sequel to last year’s game will see Ben engage with a new foe known as The Incurseans, infiltrating their warships and engaging them in combat. To spice things up this time they’re including brand new challenges like timed chase and escape sequences. Ben will still have his Omnitrix of course, but the race against the clock is a sure to bump the difficulty up.

High Voltage Software will be developing Omniverse 2 for the PS3, Xbox 360, Wii U and Wii, whereas 1st Playable Productions will work on the Nintendo 3DS version.

Ade thinks there's nothing quite like a good game and a snug headcrab. He grew up with HIDEO KOJIMA's Metal Gear Solid, lives for RPGs, and is waiting for light guns to make their comeback.
Previous post Get Ready to Ride Through Lumiose City in Pokémon X and Y
Next post Asiasoft Celebrates Diablo III’s One Year Anniversary with A Deal