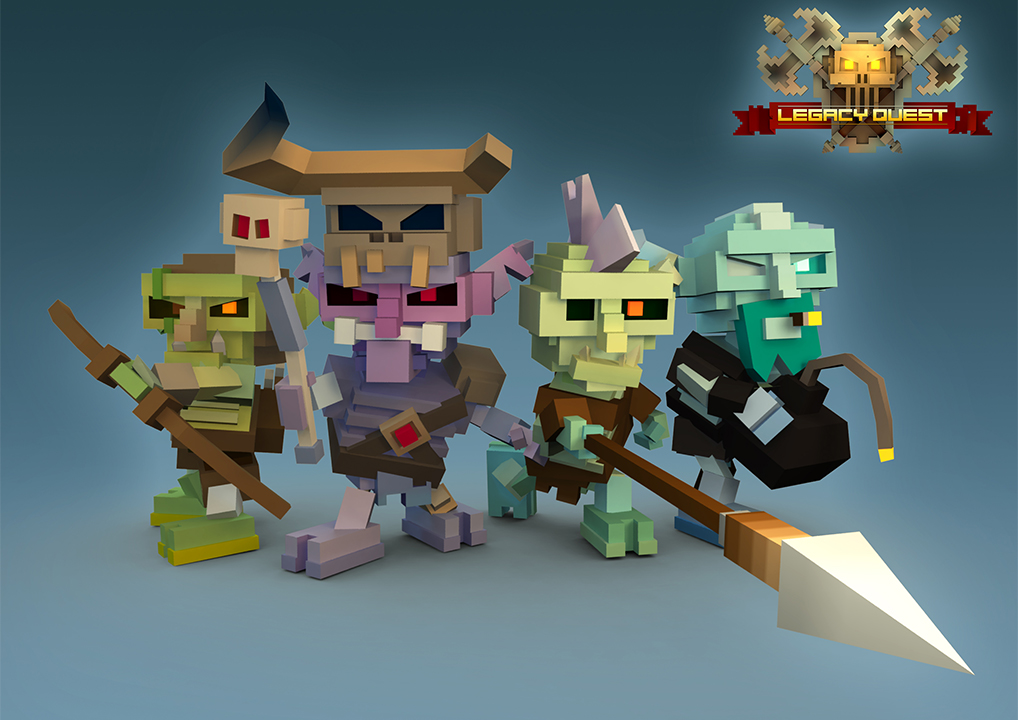 Anyone who’s ever played a roguelike can agree that death plays a common role in the genre, although these days the idea of permadeath isn’t as novel as it used to be. Legacy Quest, a mobile game by Austrian studio Socialspiel Entertainment, would like to shake things up a little and have your demise actually leave an impact for everyone else.

Legacy Quest sends players through “ever-evolving dungeons set in a unique and highly stylized fantasy universe.” As one can imagine, the entire premise is to face increasingly challenging monsters in the pursuit of adventure and loot.

Similar to Rogue Legacy, players will take control of a successive line of heroes. Whatever powerful traits a character unlocks essentially enhances their successor, allowing them to enact vengeance upon whatever killed their ancestor in the first place (unless it’s some environmental hazard).

What makes Legacy Quest interesting is the fate of your dead hero’s equipment. After going to great lengths creating, customizing and upgrading weapons of voxel destruction, it’d be a shame to lose them to the void. Rather than having it drop as loot, “custom gear will be added as new items to the game world and become discoverable by other players.”

The game supports trading, player guilds, and dungeon challenges so who knows, perhaps you’ll run into someone wielding a sword you crafted four generations ago.

Socialspiel and Nexon will release Legacy Quest later this year as a free download for iOS and Android. Sign-ups for a beta can be made over on the official website.

Ade thinks there's nothing quite like a good game and a snug headcrab. He grew up with HIDEO KOJIMA's Metal Gear Solid, lives for RPGs, and is waiting for light guns to make their comeback.
Previous post StarCraft 2: Legacy of the Void Closed Beta Starts In Two Weeks
Next post Battlefield Hardline Experiencing Connection Issues for Consoles