The Sims 4 ‘Get to Work’ Expansion Releases April 2015 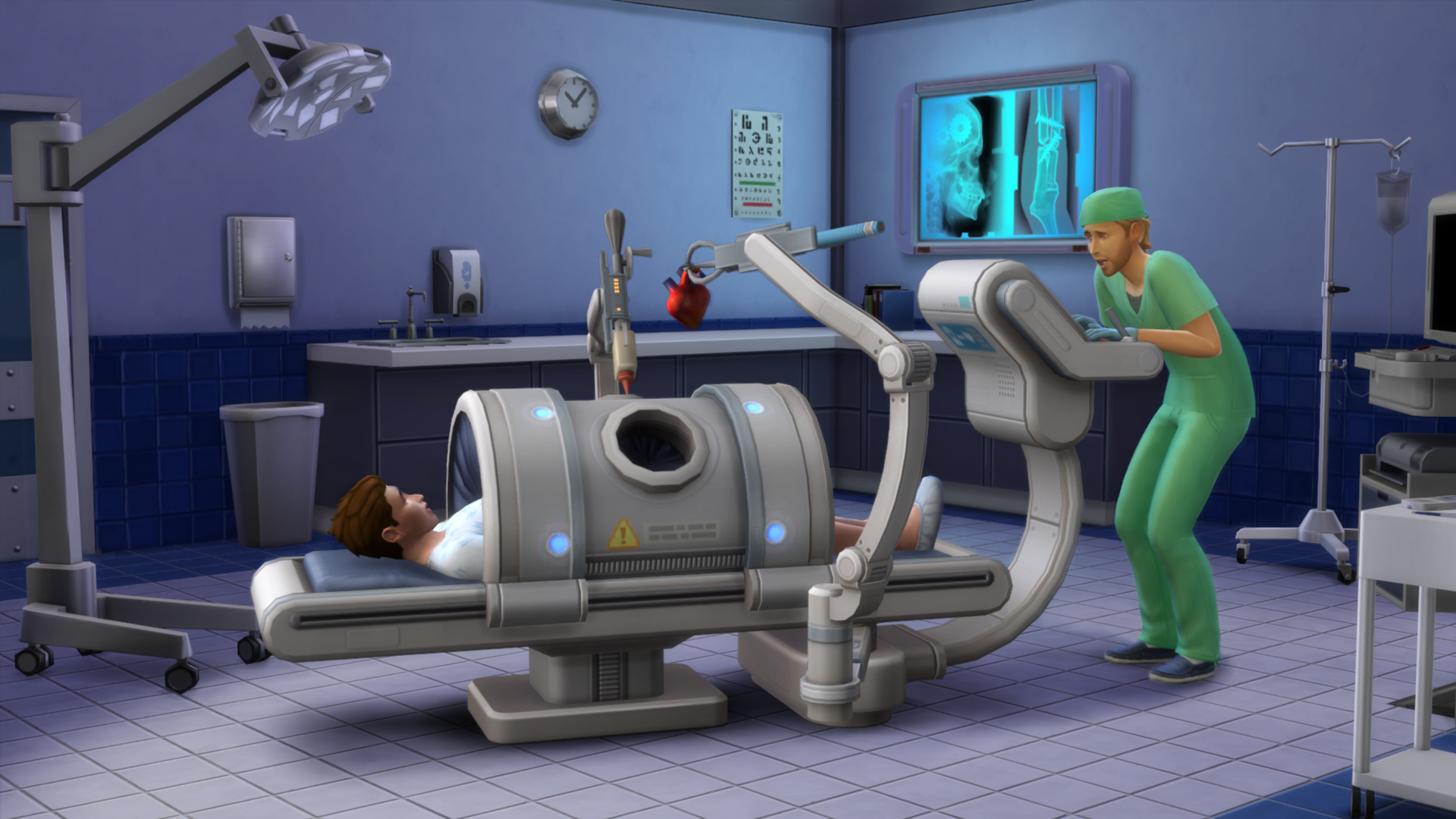 We’ve already spent hours voyeuristically spying on our Sims at home, so it’s time to take things to the next level. The Sims 4 Get to Work expansion pack will introduce playable careers, interactive workplaces, and new skills to the game, along with one addition that’s literally out of this world.

While choosing a career isn’t new to the series, we’ve never really gotten the chance to mess around with it. Get to Work changes that by giving us three distinct career paths, each with their own work venues. Doctors will have a busy schedule at the hospital tending to patients, be it emergency surgeries or delivering babies. Police officers get to investigate crime scenes and make arrests, all the while climbing the ranks to Chief of Police. As for Scientists they’ll be holed up in the Science Lab, experimenting and tinkering away, but are free to use their inventions for either good or evil.

If all that sounds a little too stiff then why not become your own boss instead? Pick up new skills and open retail businesses such as “bakeries, clothing boutiques, art galleries, bookstores, and much more.” Those with money to invest can run a second business or more, though Maxis doesn’t say if you can eventually buy over the entire Retail District.

While your Sims are busy going about their virtual lives, do keep an eye out for anything suspicious. Apparently the aliens have landed and we can “discover the mysterious Alien dimension.” I hope we can open a business there too.

Get to Work is a welcome addition considering how barebones The Sims 4 feels compared to its predecessors – a victim of its own business model. In any case this should finally make the game appealing for those still on the fence, though EA ought to lower the base cost now if they honestly hope to attract newcomers.

Tags: EA, Expansion Pack, Maxis, The Sims 4 Get to Work

Ade thinks there's nothing quite like a good game and a snug headcrab. He grew up with HIDEO KOJIMA's Metal Gear Solid, lives for RPGs, and is waiting for light guns to make their comeback.
Previous post Phantasy Star Online 2 SG Community Event on 8 Feb
Next post Assassin’s Creed Rogue Arrives for PC on 10 March