Home / Latest / Games / The New Threat Behind XCOM: Enemy Within

The New Threat Behind XCOM: Enemy Within 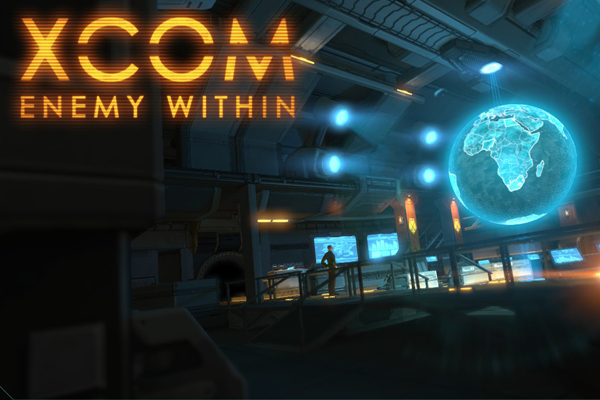 Firaxis has a long tradition of releasing expansions, the purposes of which are normally twofold: to add new content and to improve on the old. XCOM: Enemy Within sticks with the formula, wheeling our attentions back to the clandestine fight for survival against alien invaders. Only this time, it’s not just the grey-skins that are shooting back at us.

Any veteran commander knows that resources are vital for the long-term war effort. They’re precious enough as it is in XCOM: Enemy Unknown, but now we get a thieving “parasite” just to make our lives that much harder.  Like any infestation its best nipped in the bud but do you really have the money, manpower, or indeed the time to fuss over it when Europe’s being munched on by aliens? That’s exactly how the secret group of paramilitary transhumanists, EXALT, will hinder you. And they’re not to be taken lightly.

It bears repeating: paramilitary transhumanists. The EXALT operates similarly to XCOM, working in squads made up of Operatives, Heavies, Medics and Snipers. The difference lies in their self-interest and their willingness to soar past the boundaries of physiological enhancements and alien technology. Your own elite squads are going up against humans that are stronger, faster and outright better – you just need to be smarter.

But that’s an issue for the end-game, when everyone’s so heavily augmented that it could be commentary on a different kind of enemy within. Right now I’m in the middle of supporting my first covert operative, and let’s just say things don’t look too promising. For me.

Nearly two hours passed before I ran into my first EXALT, which meant the game allowed some time to get reacquainted with the system (missing with a high hit chance is still incredibly maddening). Once an Intel Scan discovers an EXALT cell on the world map, I immediately sent an Assault Sergeant to investigate. Sometime afterward a Covert Data Recovery mission piped up. Ready the squad and fast-forward to my current predicament.

The idea behind Covert Data Recovery is for your operative to prevent a node from being hacked by the EXALT, with the rest of your squad rushing to join up with him for a glorious, defensive stand.

One thing I immediately noticed is how the EXALT tended to appear and fight as groups. Sort of like Sectoids, only with more tactical options and sneaky tricks at their disposal. Unlike the aliens, these guys turn up in numbers, easily outnumbering my squad to the point where it almost seemed ridiculous. Yet it never felt unfair, even as they neatly covered their advance to get closer. As I was forced to tighten up my squad’s spread, I fleetingly nursed the idea of making it out alive.

I didn’t. A grenade happily landed among the squad’s feet, with the surviving squad member promptly taken care off by an EXALT member who was diligently flanking. The Skyranger fled the scene, the results screen pointed out how terrible I was and we’re back in mission control with nothing but rookies left in the barracks. This being on Classic Iron Man difficulty I had no choice but to start a new game, which I was more than happy to do.

The EXALT offers a different tactical challenge to what the aliens bring. While they don’t have the pee-in-your-pants terror of the Chryssalids, Mutons or even the new alien that’s basically a flying, invisible metal octopus out to strangle you (stuff of nightmares), the EXALT’s threat swings between the passive pilfering of XCOM’s coffers to the all-out chaos of field confrontations.

Finding the time to deal with the EXALT is determined entirely by you, which does help to negate the slight linearity of the regular campaign. I’m curious to see if we could even ignore them entirely although I get the feeling they’d wind up too close for comfort.

There’s more to Enemy Within than that, of course. I won’t go over them here but the greater degree of reward and customisation the soldiers now get is certainly something to look forward to. Hopefully they’ll eventually learn to aim, else engineering’s going to be busy.

XCOM: Enemy Within will release in Singapore on 15 November for the PC, PS3 and Xbox 360.

Ade thinks there's nothing quite like a good game and a snug headcrab. He grew up with HIDEO KOJIMA's Metal Gear Solid, lives for RPGs, and is waiting for light guns to make their comeback.
Previous post Prepare for Titanfall on March 2014, US$250 Collector’s Edition Shown [Updated]
Next post TanksAsia Season 2 In-Progress, Week 2 Registrations Open