Take NBA 2K16 to the Streets with Mobile Versions 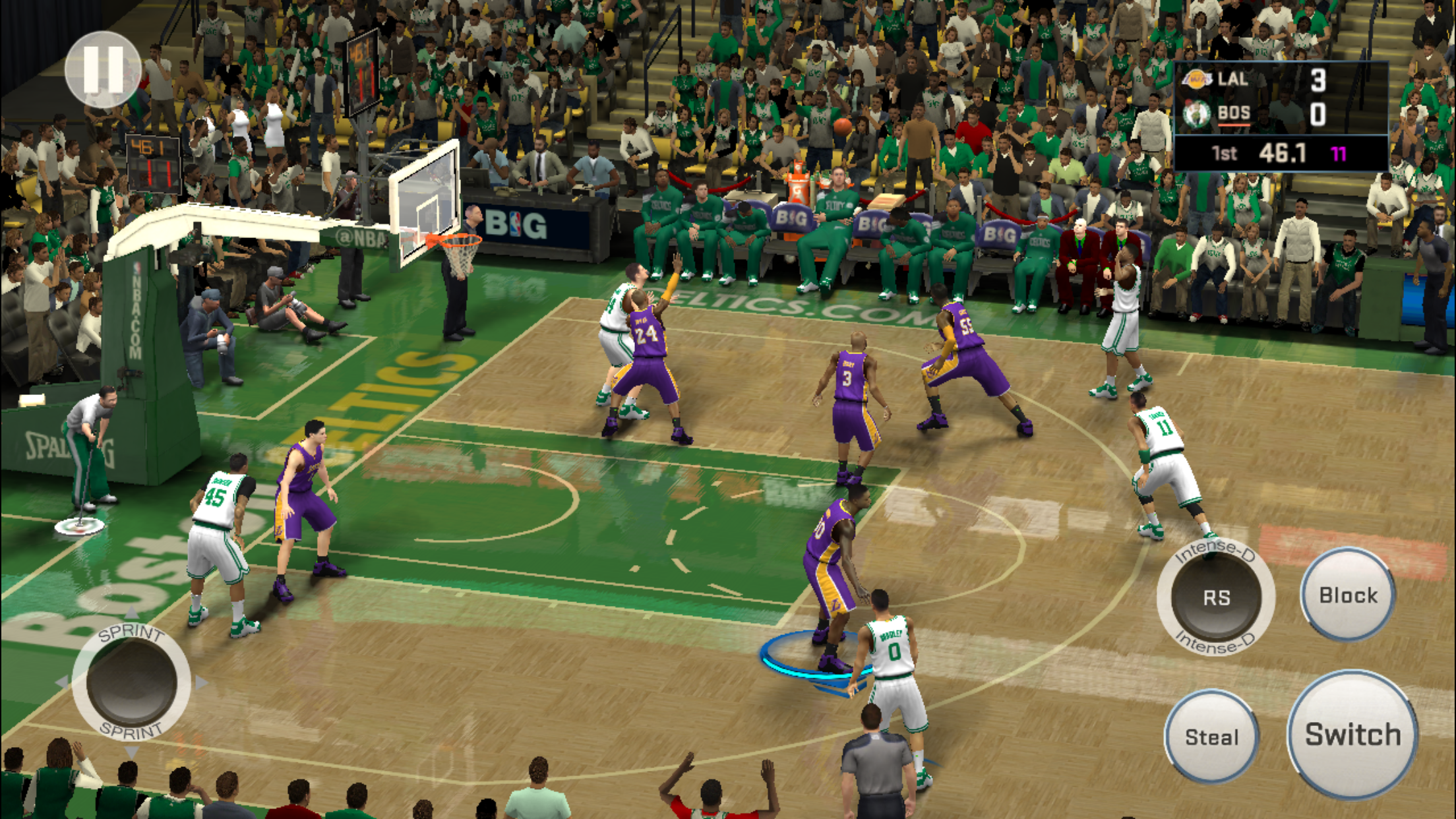 Sometimes you just can’t bring the things you enjoy along with you, such as that comfortable sofa you really wish you were in right now. NBA 2K16, on the other hand, is no longer bound to the confines of home as mobile versions are now available for iOS and Android.

First of all, don’t get this mixed up with MyNBA2K16, a card-collecting game that’s useful for earning Virtual Currency. NBA 2K16 mobile is literally a port, adapting full player controls to fit on a touchscreen.

Those familiar with these mobile iterations will be happy to know that 2K has improved said controls for a smoother experience. If it’s still not good enough then iOS players can pair it up with a physical controller for even more precise handling; Android versions will have controller support patched in at a later date.

Where features are concerned NBA 2K16 mobile has quite the list. It has the entirety of MyCareer mode, a Spike Lee directorial stint that starts players at high-school level before moving into the professional scene. There’s also a full Blacktop mode, which takes matches out onto the street, as well as a complete and self-explanatory Season mode.

Euroleague teams will also be playable should you tire of the North American circuit or want something new. Alternatively, players looking to spend can head into the NBA 2K Store for new content such as equipment, courts, and more.

All that comes on top of the updated graphics, player models, and new animations that have received favorable feedback from its PC and console counterparts. Tying it all together is a soundtrack curated by producers DJ Mustard and DJ Premier, as well as rapper DJ Khaled. Admittedly I have no idea who they are but good music should speak for itself.

So don’t spend your next commute thinking about what you’ll do in NBA 2K16 when you get back. Spend that time actually playing it.

A word of caution: The game is picky when it comes to device compatibility. Apple’s iPad 2 and iPhone 4s will not run the game at all, whereas the iPad Mini 1, iPad 3, and iPod Touch 5 do not have audio support. Android users get an automatic check at the Google Play listing itself.

Ade thinks there's nothing quite like a good game and a snug headcrab. He grew up with HIDEO KOJIMA's Metal Gear Solid, lives for RPGs, and is waiting for light guns to make their comeback.
Previous post Secretlab Unveils New Gaming Thrones
Next post App Assessment: Toy Defense 2 (Android)