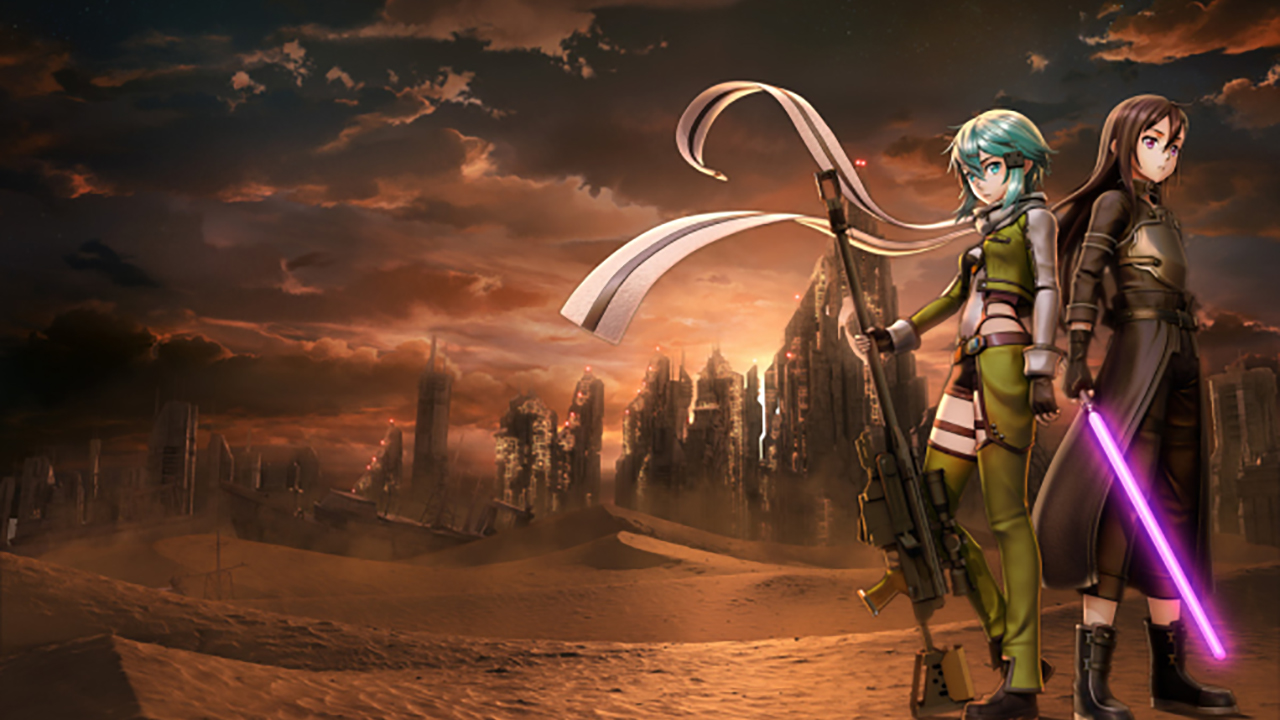 Sword Art Online: Fatal Bullet releases simultaneously for PC, PlayStation 4, and Xbox One on 23 February 2018, announced Bandai Namco Entertainment Asia. Accompanying the news are details on the physical Collector’s Edition and additional information about the game.

Fatal Bullet will be available digitally and as two physical editions: Standard and Collector’s. The latter comes with Kirito and Sinon figurines dressed in costumes from the game, the original soundtrack, a cloth map, and an exclusive artbook.

Digital pre-orders and physical Day One editions come with a code that unlocks SAO Asuna and SAO Kirito costumes, as well as the Silver Gun weapon.

Sword Art Online: Fatal Bullet, developed by Dimps Corporation, is the latest game adaptation of the popular ‘Sword Art Online’ anime and light novel series. It takes on a fresh approach by adding third-person shooter mechanics to the typical Action RPG fare, while also relinquishing the main protagonist’s role to the player’s custom character. There’s also an UFG Weapon, which is essentially a grappling hook to reach higher areas of the map, find better shooting positions, get closer to enemies, or directly hit flying opponents.

There’s an original story set in the ‘Gun Gale Online’ world from Season II, supervised by franchise creator Reki Kawahara. Major characters such as Asuna, Leafa, Silica, and Lisbeth will be making appearances, together with new announcements Yuuki, Strea, LLenn, and Pitohui.

While it can be tackled solo, players may choose to have three other AI party members. They cannot be directly controlled, but players can set specific actions and behaviors to better suit play styles. During the game, players may trigger special party events that sheds more light on these characters. Interestingly, there’s also an offline bounty feature where NPCs, who may appear in a group of four, come to challenge the player.

In addition to the story, the game “includes full multiplayer cooperative and competitive modes, allowing two to eight players to work together and compete against online adversaries.”

In related news, Sword Art Online: Hollow Realization Deluxe Edition is now available on PC via Steam. Here’s our PlayStation 4 review for it.

Ade thinks there's nothing quite like a good game and a snug headcrab. He grew up with HIDEO KOJIMA's Metal Gear Solid, lives for RPGs, and is waiting for light guns to make their comeback.
Previous post Rumor: Xbox One X to launch in Singapore on 21 Nov?
Next post Secretlab Throne and Omega chairs receive upgrades and price drop