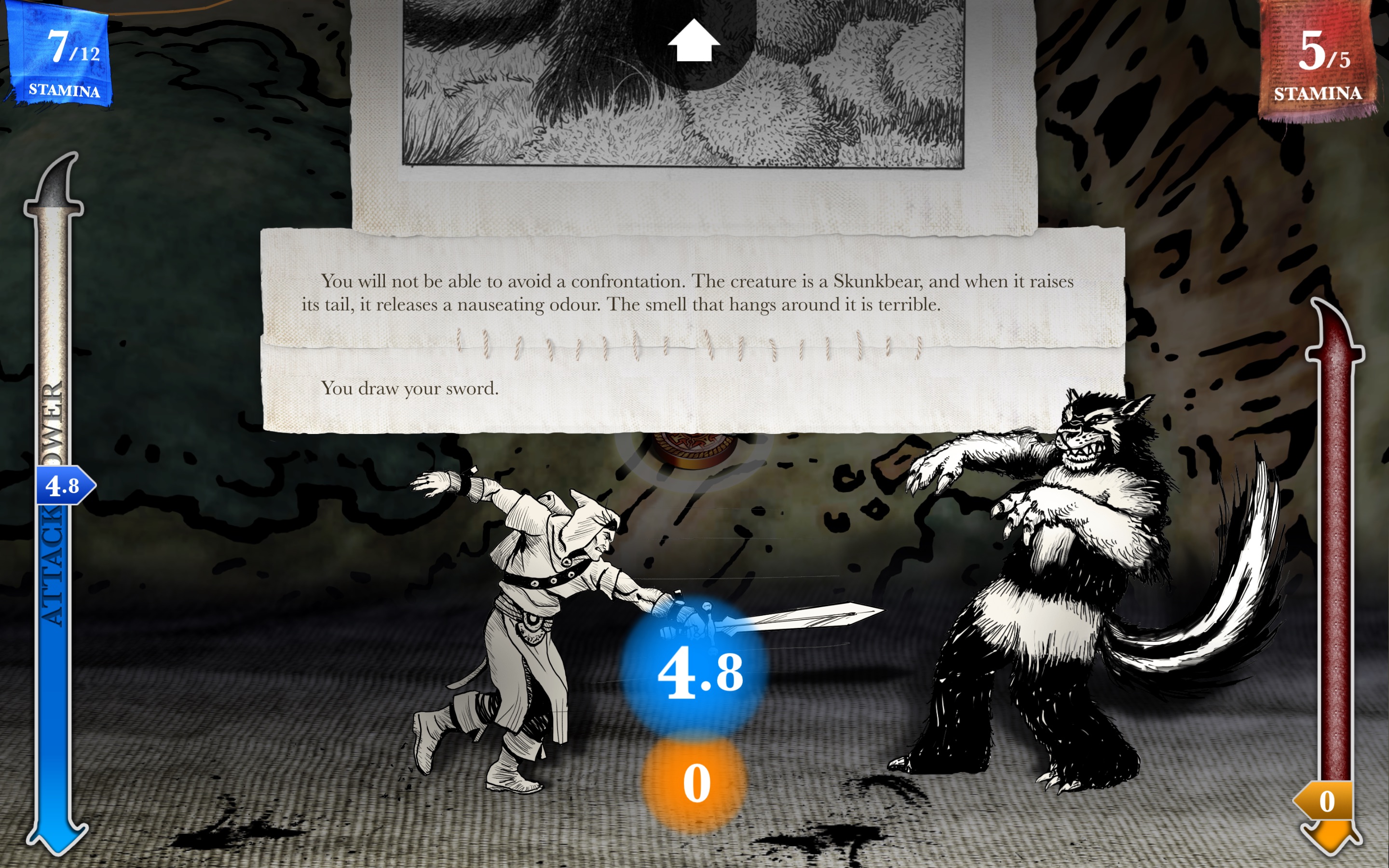 inkle Studios shot to global fame for revamping interactive fiction, but before the awards and BAFTA nominations of 80 Days came the company’s first attempts at innovation: Steve Jackson’s Sorcery!. While partially available on mobile devices already, this modern take on an iconic gamebook will soon bring its tales to PC.

Originally released in 1983, Sorcery! is a four-part gamebook series written by Steve Jackson and illustrated by John Blanche, names that would later be associated with Games Workshop and its Warhammer licenses. What set Sorcery! apart from the Fighting Fantasy series popular at the time (also by Jackson) was the option of playing as a sorceror, complete with a companion spellbook.

Rather than simply importing the text to mobile, inkle Studios approached it with modern game design in mind. They composed music, introduced a stamina-based dueling system, designed a great spell casting interface, and presented it all with some lovely D&D-reminiscent art. With each step of the story leaving a pin on the map (rewind mechanic), it’s easy to rollback the journey at any moment, cutting down time spent re-reading sections upon death — and deaths are aplenty in the second game.

The PC release, which updates the interface and adds new music, will see Parts 1 and Two released together on 2 February, with Part 3  scheduled for spring 2016. The final installment, set for a simultaneous release on PC and mobile later in the year, will have inkle migrating to Unity with an updated in-house writing engine.

Speaking of writing engines: Should you fancy yourself a go at your own interactive novel then try out inklewriter, a service to write, publish, and share your stories. You can even export them to Kindle.

Ade thinks there's nothing quite like a good game and a snug headcrab. He grew up with HIDEO KOJIMA's Metal Gear Solid, lives for RPGs, and is waiting for light guns to make their comeback.
Previous post Plants vs. Zombies Garden Warfare 2 open beta now live
Next post Logitech ups its lighting game with the G502 Proteus Spectrum mouse