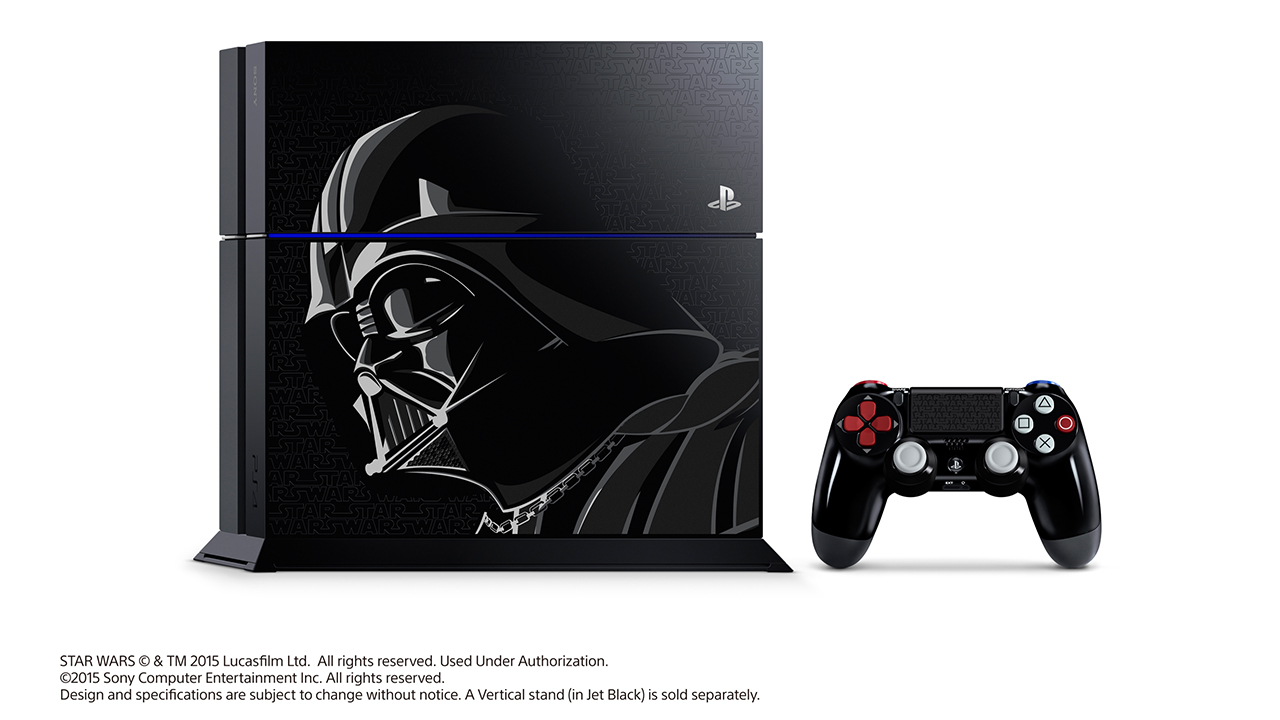 There’s no question that 2015 is a big year for Star Wars fans. The premiere of Episode VII couldn’t be any more obvious but soon, we gamers will get to relive the battles of Hoth and Endor for ourselves in a rebooted Battlefront.

Imagine playing that in the living room and sharing the visual spectacle with family and friends. Now imagine doing so with a limited edition console, one adorned by the iconic Darth Vader himself. An all-in-one conversational piece, geek trophy, and current-gen gaming system for the price of SG$599. Jawas will hate you!

Let’s discuss value – what are you getting out of this considerable sum?

Even if you deduct the cost of the controller (all PS4 sets come with one), bundles are the ideal way to pick up a current-gen console. And again, let’s not forget the PS4’s custom design muted enough to blend well in most living rooms.

The exclusive nature of this bundle means you can’t just waltz into a store and pick one up. You’re going to have to be Han and pull the trigger first… except this involves honest money and not a blaster (please don’t hurt the store employees).

Pre-orders begin on 23 October, Friday, at all Sony stores and authorized dealers.

Naturally, one has to wonder if the game in question is any good. Star Wars Battlefront is developed by Battlefield creators DICE, a studio that knows a thing or two about set-piece multiplayer battles. A public beta concluded fairly recently and, while not representative of the final product, gave rise to a fair share of supporters and detractors. Some consider the overall lack of content underwhelming, while others just enjoy it for what it is and gleefully cut down rebel/imperial scum.

Here’s our take on the beta.

Star Wars Battlefront launches on Windows, PlayStation 4 and Xbox One on 17 November.

Ade thinks there's nothing quite like a good game and a snug headcrab. He grew up with HIDEO KOJIMA's Metal Gear Solid, lives for RPGs, and is waiting for light guns to make their comeback.
Previous post Battlefield Hardline Joins EA Access Vault
Next post Secretlab Unveils New Gaming Thrones