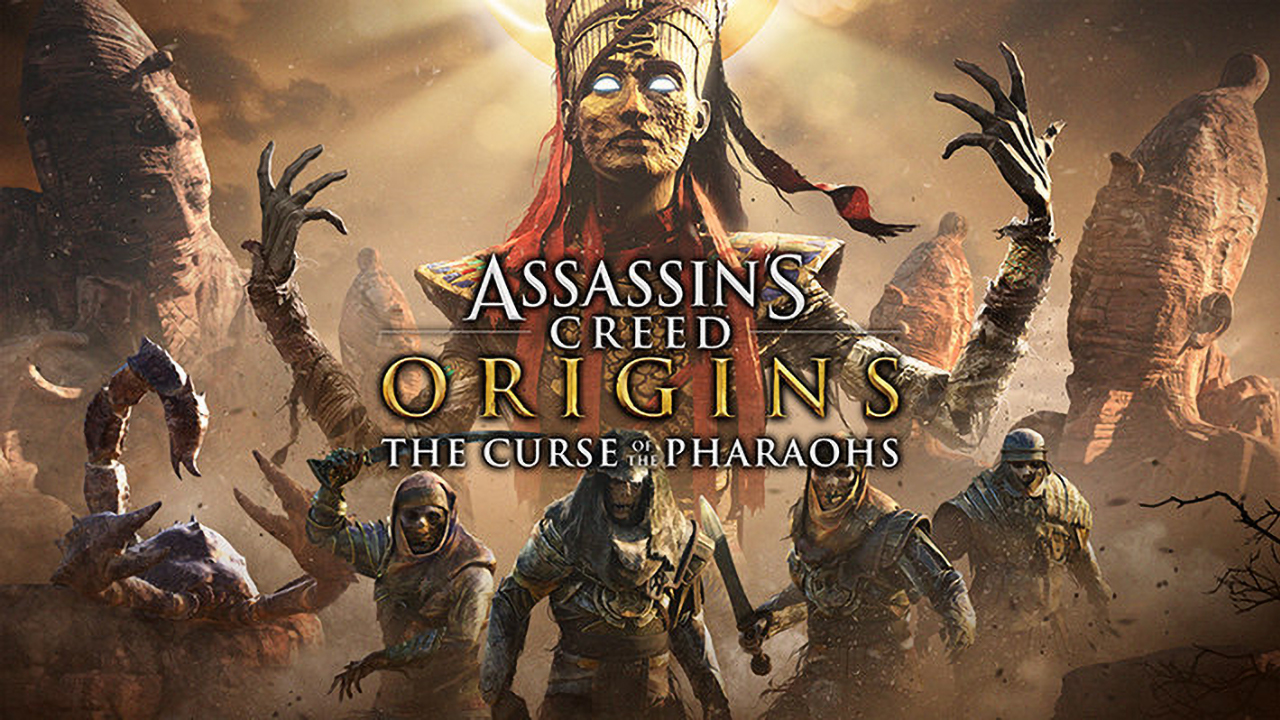 Extend your judicious use of blades, arrows, and psychic eagles to the ancient Egyptian capital of Thebes in Curse of the Pharaohs, the second planned DLC for Assassin’s Creed Origins. Available tomorrow, 14 March, the expansion is set four years after the main game with a slew of new characters, enemies, and content in tow.

“In the Curse of the Pharaohs, players will take on an all-new storyline, set four years after the events of Assassin’s Creed Origins, and continue Bayek’s journey as he travels to the ancient capital city of Thebes to investigate a curse that is plaguing the region,” reads the official description.

Some of the named sites include the temples Karnak and Luxor, as well as “the secret tombs of the Valley of the Kings and what lies beyond.” That’s not Ubisoft being coy, either, as they clearly state that players will be up against “famous pharaohs and mystical beasts”, providing screenshots of King Tut, Nefertiti, and canine Anubis warriors to go along with it. 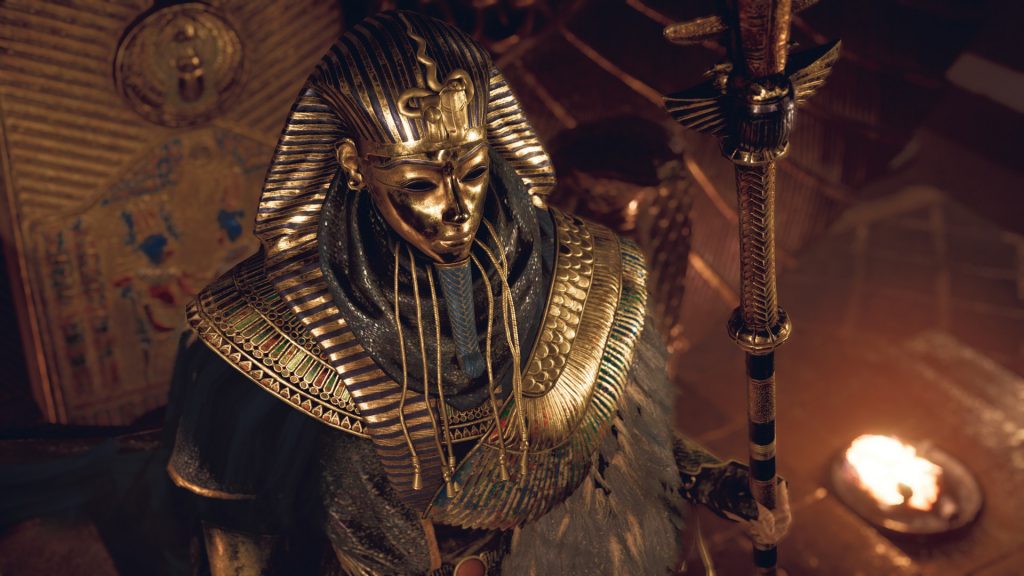 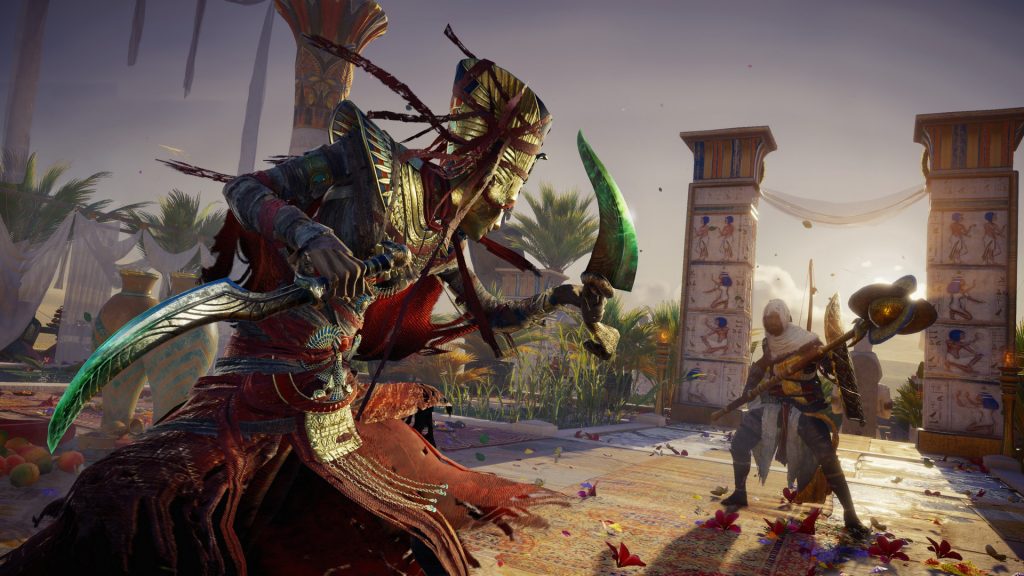 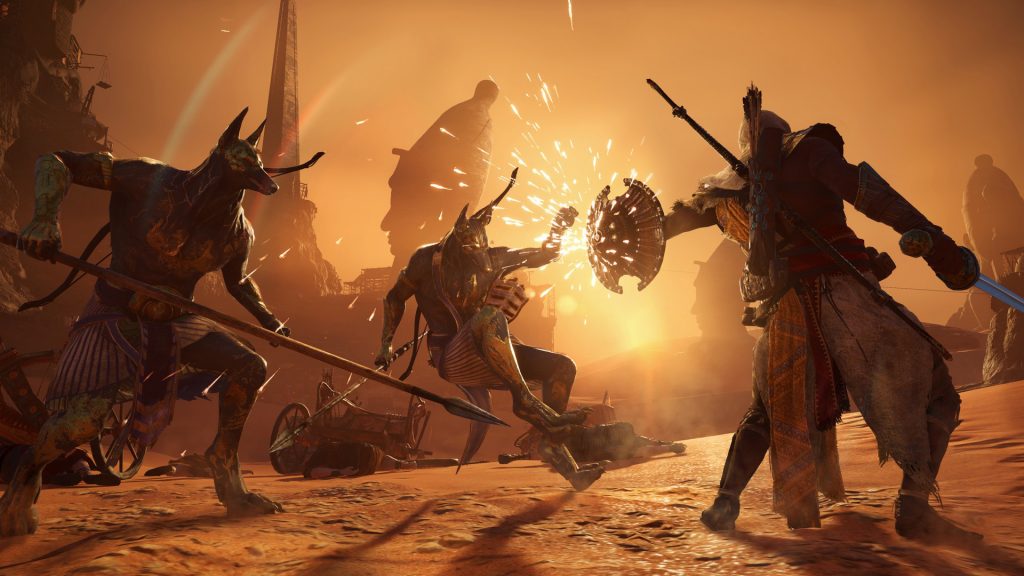 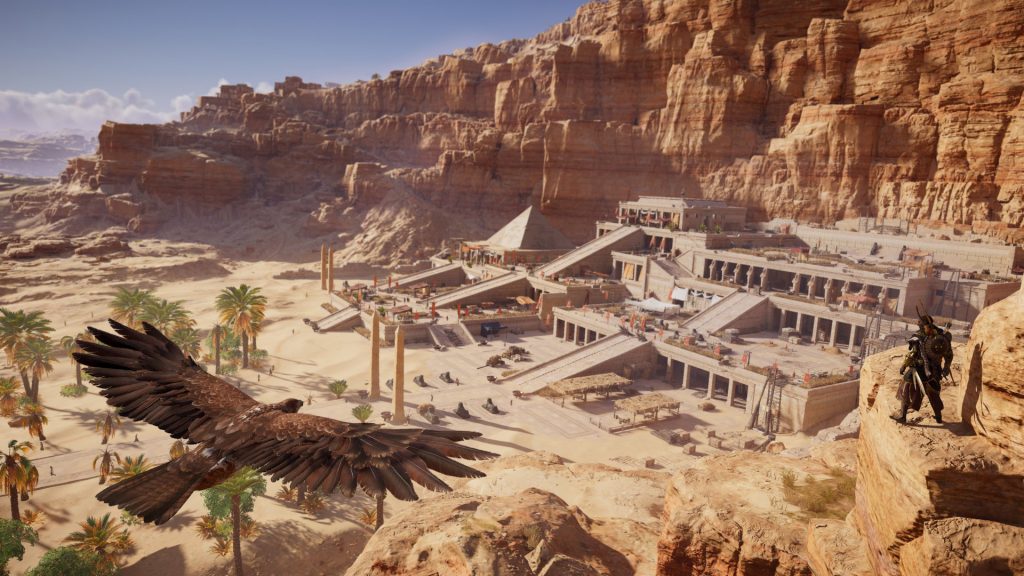 While expansions typically signal the arrival of new gear, Bayek can also look forward to riding a new mount and having his level cap increased to 55. Though they do mention new main and side quests, enemies, and “an entirely new cast of characters”, it seems that Curse of the Pharaohs isn’t introducing any new gameplay mechanics.

That’s likely due to the fact that these DLCs are all available separately – the previous release, The Hidden Ones, is not required to access Curse of the Pharaohs.

Ubisoft states that players won’t have to finish the game’s main campaign to access the DLC, either, but they do recommend being level 45 or thereabouts. Alternatively, players may “boost” their way in by having the game create a separate save file with a level 45 Bayek in pre-selected gear.

Curse of the Pharaohs is available as part of the Season Pass or as a separate purchase. Either way, you’ll need to own a copy of Assassin’s Creed Origins, a game we described as a “shining return for the series.”

Ade thinks there's nothing quite like a good game and a snug headcrab. He grew up with HIDEO KOJIMA's Metal Gear Solid, lives for RPGs, and is waiting for light guns to make their comeback.
Previous post PSA: Remember to claim a free PC copy of Devil May Cry HD Collection
Next post 135 new cards and a single-player dungeon in Hearthstone expansion The Witchwood