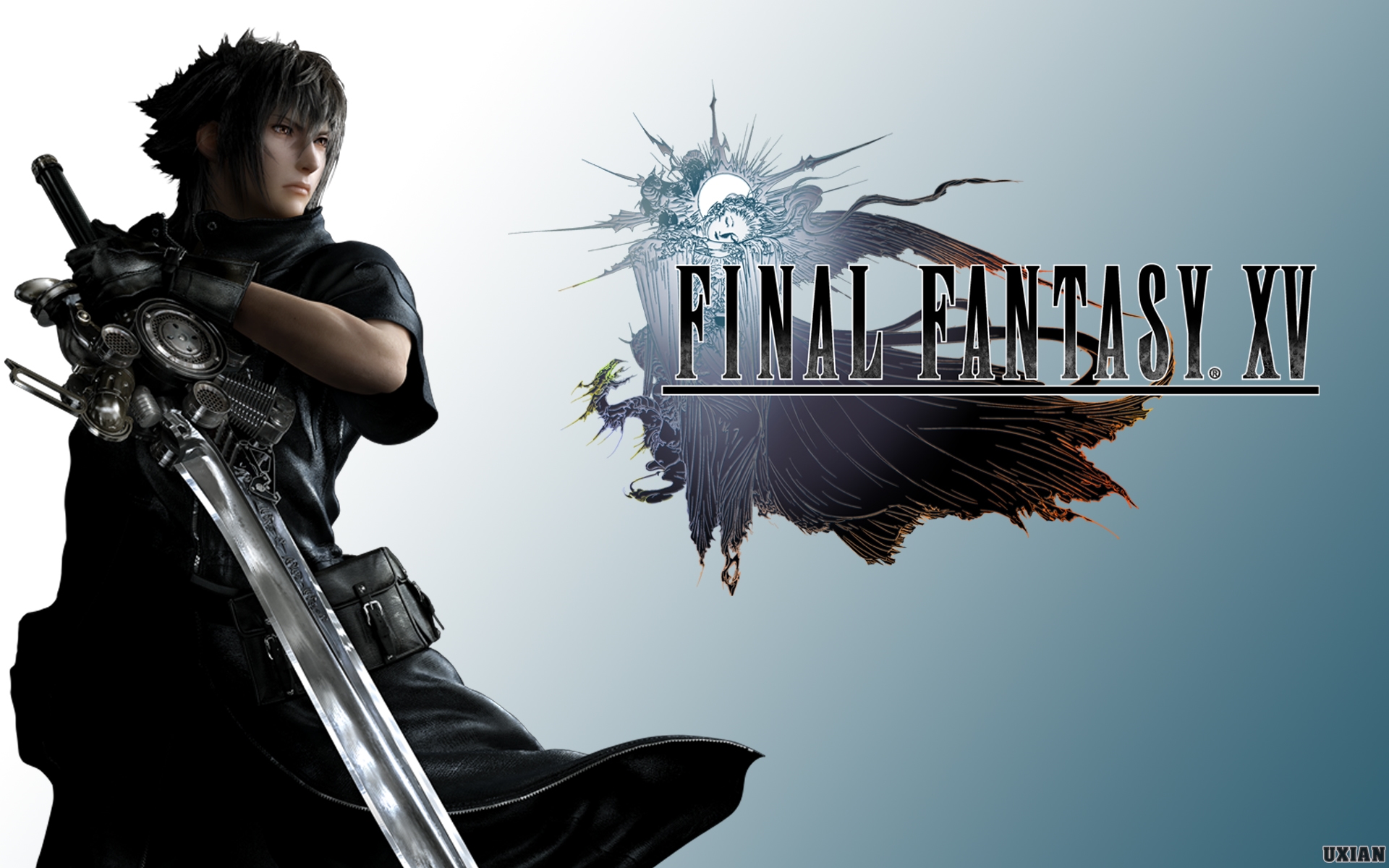 The wait for Final Fantasy XV finally has an end in sight. After building up to what has been an extravagant reveal, Square Enix announced that the game will launch globally on September 30 for both PlayStation 4 and Xbox One. And that wasn’t all up the Japanese publisher’s gigantic sleeve.

Accompanying the long-awaited RPG is a full-length CG film, a YouTube anime series, a new demo, a mobile minigame, and more.

It’s the rekindling of a grand and ambitious Square Enix, re-establishing ties with estranged fans, drawing in new ones, and, in some ways, parallels their Fabula Nova Crystalis announcement ten years ago.

The dark undertones here are such a stark contrast to the game’s public image – that of four guys out on a scenic road trip – it actually helps remind us that turmoil is just right around the corner. The movie will be out just before the game and will be available for streaming and download worldwide.

Brotherhood: Final Fantasy XV, on the other hand, shows us how Noctis got to know Gladiolus, Ignis,and Prompto — the three other party members in FF XV.

The series consists of five ten-minute episodes, starting with the one embedded above, and all of them will be uploaded directly to YouTube. There isn’t a schedule at the moment although the rest are expected to release before September 30.

At post-Uncovered event, Square Enix execs confirmed that the anime is produced by Japanese studio A-1 Pictures (Sword Art Online) and will somehow ties in with the new “Platinum Demo”, which is now freely available for download on both PS4 and Xbox One.

FFXV: Platinum Demo
Interestingly, though, the demo isn’t from the main game. Platinum is a standalone adventure featuring a young Noctis and what appears to be Carbuncle, one of the franchise’s summoned creatures. Nonetheless, it offers a good idea of what movement and combat in the full game will be like. Completing the demo will also earn you a free Carbuncle DLC in the main game, so you won’t want to miss this one out.

Minigames have long been a mainstay for the series as well, and it looks like we’ll soon be getting one ahead of FFXV’s release. Titled Justice Monsters Five, it’s a loose adaptation of pinball combined with role-playing and iconic Final Fantasy monsters, which is also playable as a mini-game within FFXV as well.

The game will be out soon for Android and iOS. While free, there’s no telling what sort of microtransactions lies in wait, particularly from a publisher known to be heavy-handed with their mobile strategy, hehe.

The A-list casts didn’t just stop at Sean Bean, Aaron Paul and Lena Headey. Florence+The Machine will also be contributing to the FFXV’s OST. Here’s a refreshing cover of Ben E .King’s “Stand by Me” by her, and remixed with the Final Fantasy theme in the background. Very awesome.

How big is the Final Fantasy brand? The name may have taken some battering from fans over the last few Final Fantasy games, but there’s no doubting of the drawing power and heritage of the brand. When Audi is ready to commission a one-in-the-world R8 with Final Fantasy XV livery, that’s some big marketing collaboration.

Endorsements from the Fathers of Final Fantasy

The event started with Hironobu Sakaguchi, the creator of the FF series who left Square in 2004, taking the stage. “I am here today as a father of Final Fantasy,” he said. “Final Fantasy is like a child to me.”

“But like a father, he always wonder if the path his child has taken is the right one”, he went on to explain that he had felt the series had lost its way over the years, but was reassured about XV after talking with Tabata and realizing his goals and ambitions. “I felt assured by his words,” Sakaguchi explained, “because the Final Fantasy I remember was constantly seeking new challenges, and never sitting comfortably in any given place.”

Nobuo Uetmasu, the god-father of Final Fantasy music, also took to the stage (via a pre-recorded video) stating his confidence in the game. Even though he won’t be composing the game’s OST.

That’s some great endorsements there, and shows just how much goodwill Square Enix wants to gain back from the franchise’s fanbase.

At the end of the day, these are all supplementary material to Final Fantasy XV, the game we’ve been waiting for since 2006. The latest trailer above shows us the result of all that work, easily swinging between modern and the fantastical

Two special editions are up for online pre-order, with the Ultimate Collector’s Edition — which packs the game, movie, anime, soundtrack, Play Arts figure, and more — limited to only 30,000 units worldwide. Ade thinks there's nothing quite like a good game and a snug headcrab. He grew up with HIDEO KOJIMA's Metal Gear Solid, lives for RPGs, and is waiting for light guns to make their comeback.
Previous post Logitech’s G900 Chaos Spectrum aims to make wireless viable for eSports
Next post Review: ASUS ROG GX700 and G752 Gaming Notebooks