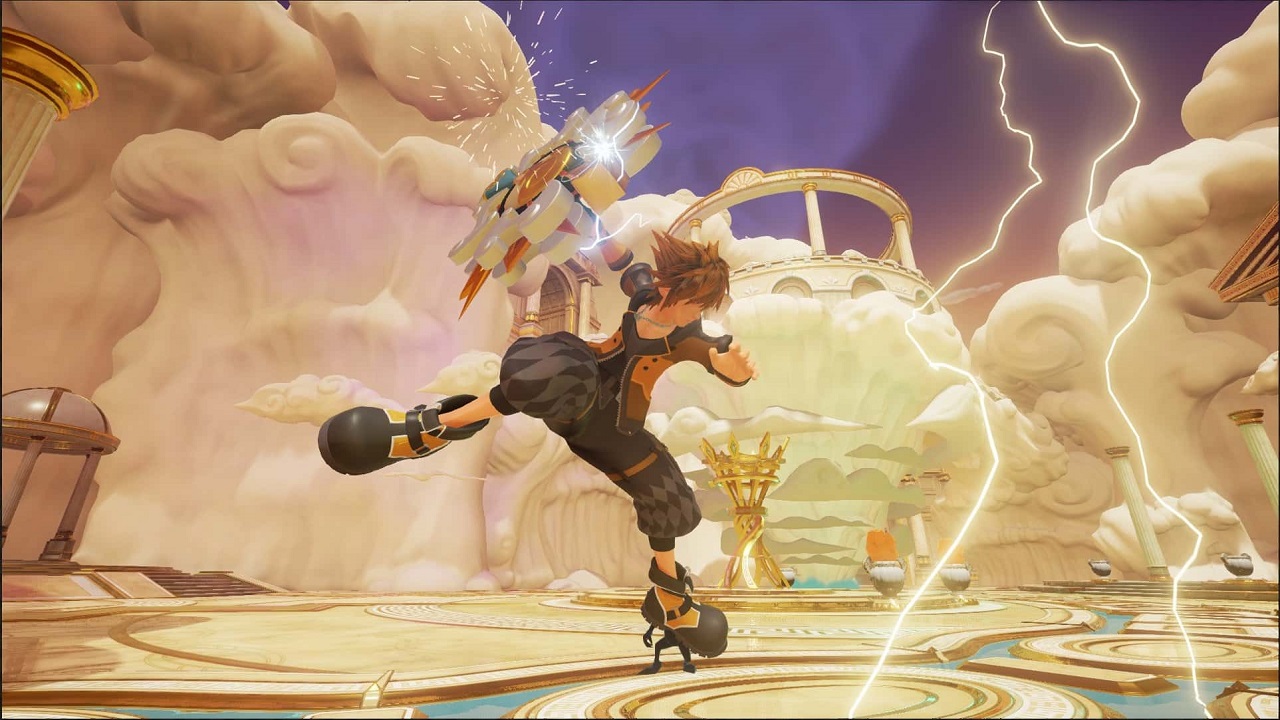 Rejoice, fans of the beloved Kingdom Hearts series, for Square Enix has debuted a new Kingdom Hearts III trailer. Development is apparently coming along well, as we get to see some amazing new combat and story footage playing to lovely orchestrated music.

The video opens with a a literal dive before showing off a series of slick fighting moves, ones that are sure to get any gamer’s attention. They look visually incredible but just as impressive is the variety on display, from area-of-effect bombs to mid-air juggling and partner combos featuring Sora and Goofy.

Also reunited are the villanous Pete, Maleficient, and Hades, showcasing the game’s beautifully appropriate style and animation. We get wind of a “distinctive black box” which seems to have caught Maleficient’s interest, presumably the same item featured in Kingdom Hearts HD 2.8, although its contents and purpose remain a mystery. We’ll have to wait until release day to find out, with the exact date also remaining a mystery.

Square Enix then drops a few more stunning set-pieces before ending the video with a tease for the next trailer, scheduled to premiere at Disney’s very own D23 Expo on 15 July 2017. Fans will definitely want to pay attention as they’ll be revealing a new world.

Kingdom Hearts III is currently in development for both the Playstation 4 and Xbox One.

Garet loves his Strategy and RPG video games and cares deeply for the genres. Offline, he tell tales and heroic acts of characters that braved impossible odds in Dungeons & Dragons.
Previous post E3 2017: EA’s Press Conference Round-Up
Next post E3 2017: Project Scorpio is now Xbox One X, coming to Singapore this year for $699