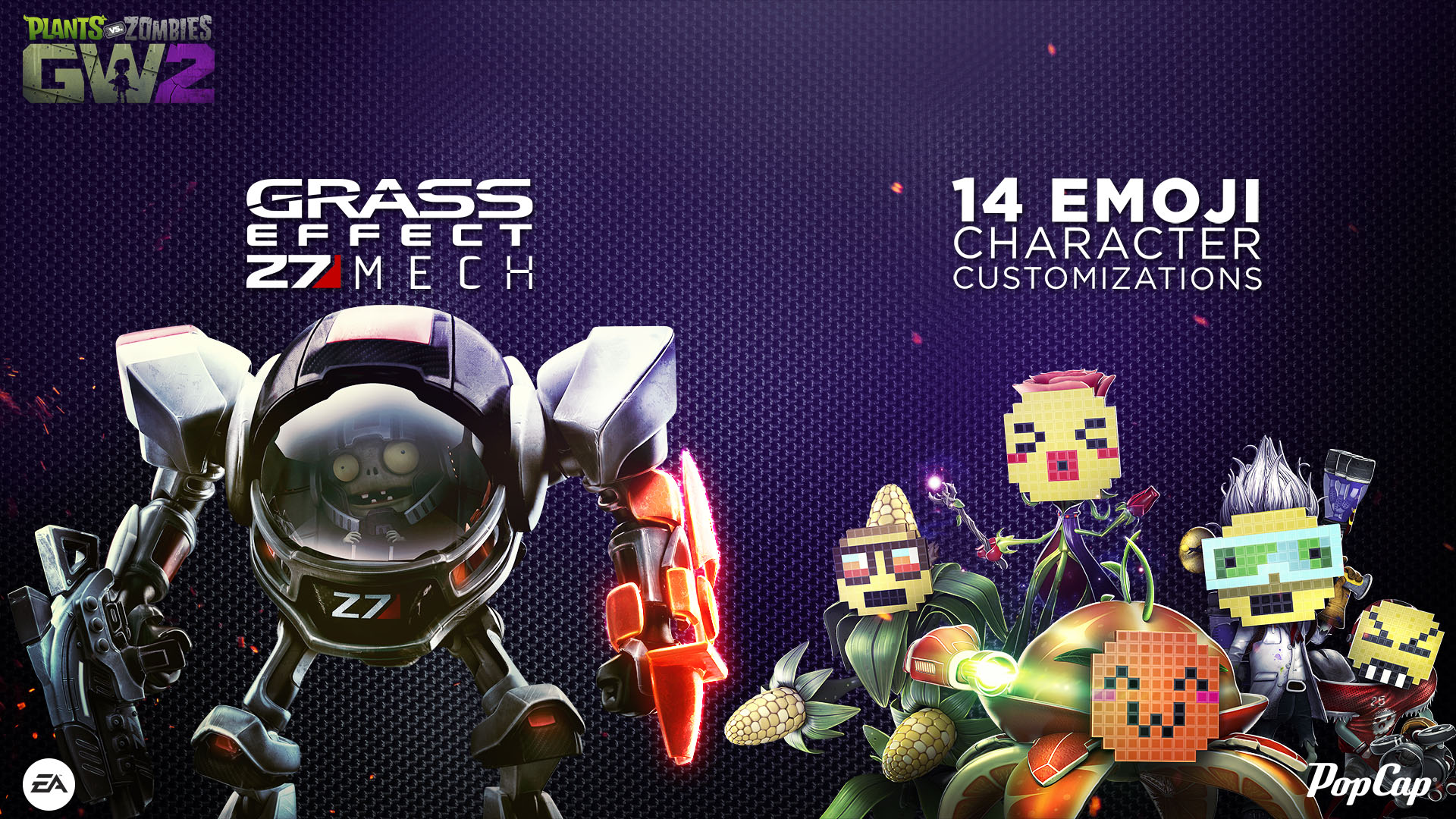 Greens really are good for you, especially when they’re fighting the zombie horde on our behalf. Third-person shooter Plants Vs. Zombies Garden Warfare 2 is blooming ahead of its expected spring launch, sprouting on PC, PlayStation 4, and Xbox One on 23 February, 2016.

To recap on the situation, Suburbia is now overrun with zombies and it’s the plants who are on an offensive.  Fresh additions for the sequel include 12 maps and 6 character classes, with over 100 unique characters to collect.

Up to 24 players can experience the new battle for Suburbia in Herbal Assault mode, but those who identify better with the undead can fend off the green tide in 4-player co-op mode Graveyard Ops. There’s also Backyard Battleground, a playground mode featuring dynamic events.

What’s more, a collaborative effort sees the good folks at BioWare help supply the war effort with the Grass Effect Z7-Mech, equipped with missiles and an explosive getaway when things go sour. Unfortunately (or not) it’s ended up in the slightly decomposing hands of Imp, one of the new zombies.

While not a fan of the mobile game I do find the aesthetic appealing, and split-screen co-op for consoles makes Garden Warfare 2 a decent contender for anyone who regularly entertains a player two. Only question is if it’ll be worth the asking price.

Pre-ordering grants instant access to the Z7-Mech as well as an emoji pack filled with 14 all-new accessories to customize each character class.

Find out more about the characters and other modes in Plants Vs Zombies Garden Warfare 2 over at the official site.

Ade thinks there's nothing quite like a good game and a snug headcrab. He grew up with HIDEO KOJIMA's Metal Gear Solid, lives for RPGs, and is waiting for light guns to make their comeback.
Previous post Celebrate Brave Frontier’s 2nd Anniversary All Month
Next post EL Gaming victorious at WGL Pacific Rumble