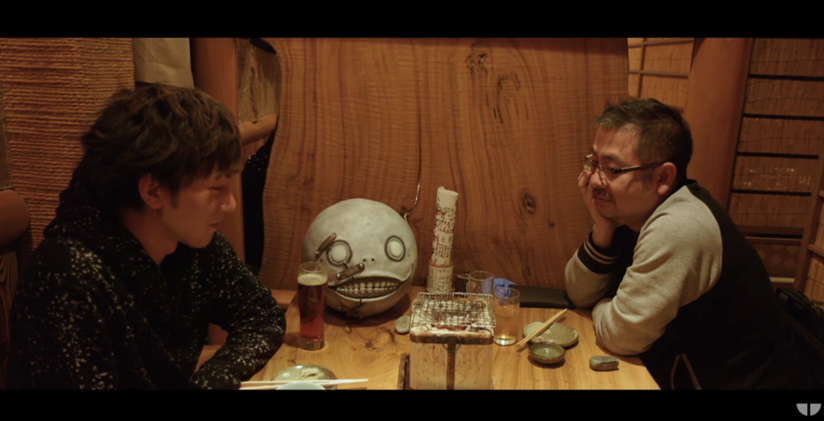 toco toco TV is a YouTube channel that focuses on Japanese pop culture, and notably the country’s content creator.

In their latest episode (do check out their past 48 episodes, which are no less interesting), the team spent a day in Osaka with Yoko Taro, director of the the Drakengard and NieR series. Their stop includes PlatinumGames, the studio that was in charge of developing Yoko’s most recent title: NieR: Automata.

During that game’s development, Yoko Taro lived between Tokyo and Osaka, often meeting in Tokyo with Square Enix’s producer Yosuke Saito, who first suggested the game to be developed by PlatinumGames.

Through the lens of toco toco TV, we get to see Yoko’s rather peculiar work style before taking heading to Shinsaibashi at ‘The Silver Ball Planet’, an arcade specialized in vintage pinball machines. We also learned more about his philosophy and his work.

At the end of the video, we also get to see Yoko settling down for drinks with producers Yosuke Saito and Takahisa Taura, who worked as a game designer and had a key role on NieR: Automata; and all regaled us with fun stories from the development of the game.

Aaron Yip is an industry veteran with more than 15 years of experience. When not spending time on his gaming PC and consoles, he can be found in Hyrule solving ungodly puzzles and collecting gems.
Previous post KryptCrawler brings dungeon crawling to Gear VR and Rift
Next post The ASUS ROG Swift PG27VQ is one high-tech gaming monitor