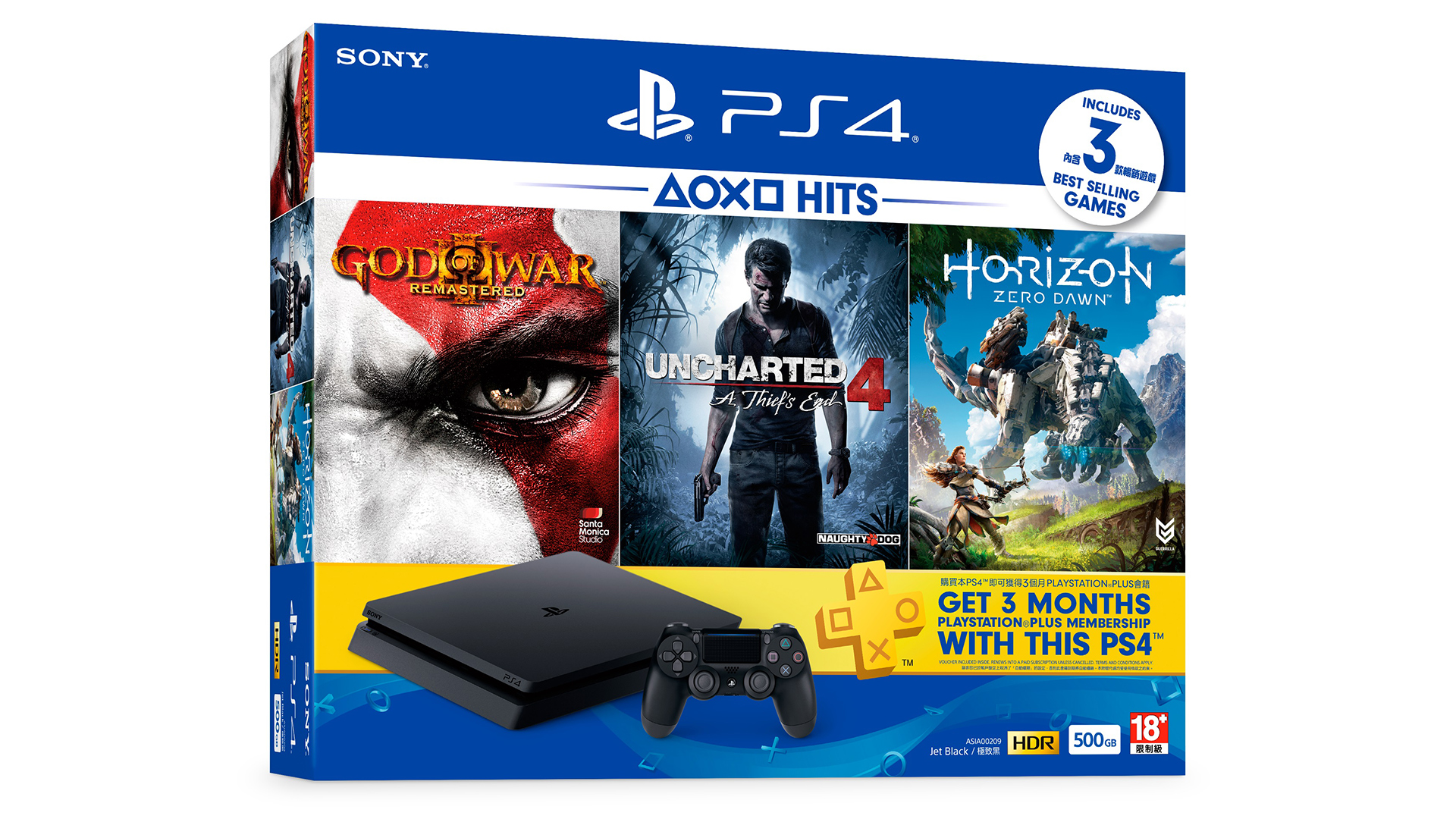 Sony has responded to Microsoft’s console announcement with one of their own. A PlayStation 4 HITS Bundle is set to launch on 13 November for $449. Included in the package is the 500GB console in Jet Black; physical copies of Horizon Zero Dawn and Uncharted 4: A Thief’s End; as well as a digital code for God of War III Remastered and a three-month PlayStation Plus subscription.

The bundle is targeted for the Christmas holidays, for which Sony has no new hardware lined up. Instead, the company is playing to its greatest asset – the PS4 games line-up – to see it through the rest of 2017. It’s a strong selection of first-party titles too, all well-received action-adventure games that serve to highlight Sony’s strength in the genre.

Horizon Zero Dawn by Guerilla Games is a promising contender for Game of the Year, blending breath-taking visuals and exhilarating open-world gameplay (it helps to have what we call ‘robot dinosaurs’) to tell a tale of personal discovery and of humanity’s journey. Here’s our review, with the game set to continue in the upcoming Frozen Wilds DLC.

Uncharted 4: A Thief’s End, on the other hand, is a sort of closure for the beloved series. The cinematic wizards at Naughty Dog bounce back to deliver Nathan Drake’s greatest heist, one involving the most priceless of treasures: his family. Impressively, it manages to both expand on its gameplay while also bringing Drake’s story to a satisfying end, earning high praise in our review. Naughty Dog are now busying themselves with another critical hit: The Last of Us Part II.

God of War III Remastered may not be the best entry in the god-slaying series but it certainly is a looker, especially now that it’s running at a full 1080p 60fps on PS4. A statuesque model for red hot revenge, Kratos spits at death in the eye as he crawls up from the depths of Hades to scale Mount Olympus, leaving Greek pantheon corpses in his wake. More importantly, it’s the prequel to the upcoming God of War revival, which takes a mellowed Ghost of Sparta down a drastically different route.

All that said, it doesn’t detract from this being an excellent PS4 starter set for yourself or someone else.

Ade thinks there's nothing quite like a good game and a snug headcrab. He grew up with HIDEO KOJIMA's Metal Gear Solid, lives for RPGs, and is waiting for light guns to make their comeback.
Previous post Xbox One X confirmed for 21 Nov. launch in SG
Next post Final Fantasy Awakening is a legitimate entry for fans