Last month, King of Fighters and Metal Slug publisher SNK teased through a Twitter post that it would be releasing a brand new game console, pre-installed with popular Neo Geo titles from the past, to celebrate the SNK brand’s 40th anniversary this year.

While the games maker has been reluctant to provide any details so far, YouTuber Spawn Wave has today released an exposé video containing what are allegedly the first images and details of the so-called SNK Neo Geo Mini, tipped off to him by a trusted source.

According to the source, whose identity Spawn Wave is keeping anonymous, the SNK Neo Geo Mini is said to be a portable device featuring a 3.5-inch colour display screen, built-in joystick and button controls, two USB-C slots for connecting extra controllers, audio output for headphones, and the ability to output to a larger display via HDMI. 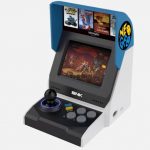 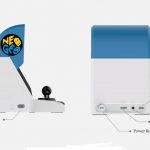 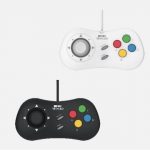 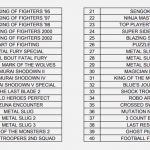 If the source is to be believed, the SNK Neo Geo Mini will come with 40 games pre-installed (refer to the 4th image in the gallery above for the full list) as well as an extra controller pad bundled into the package.

The source also described the system to be “portable and adaptable”, even though judging from these first images it’s hard to imagine how one might carry it around in public without a case.

No details on price or release dates were given. But SNK did say that the console was meant as a 40th anniversary commemorative project, indicating that it’s highly likely that the SNK Neo Geo Mini will be released by the end of 2018.