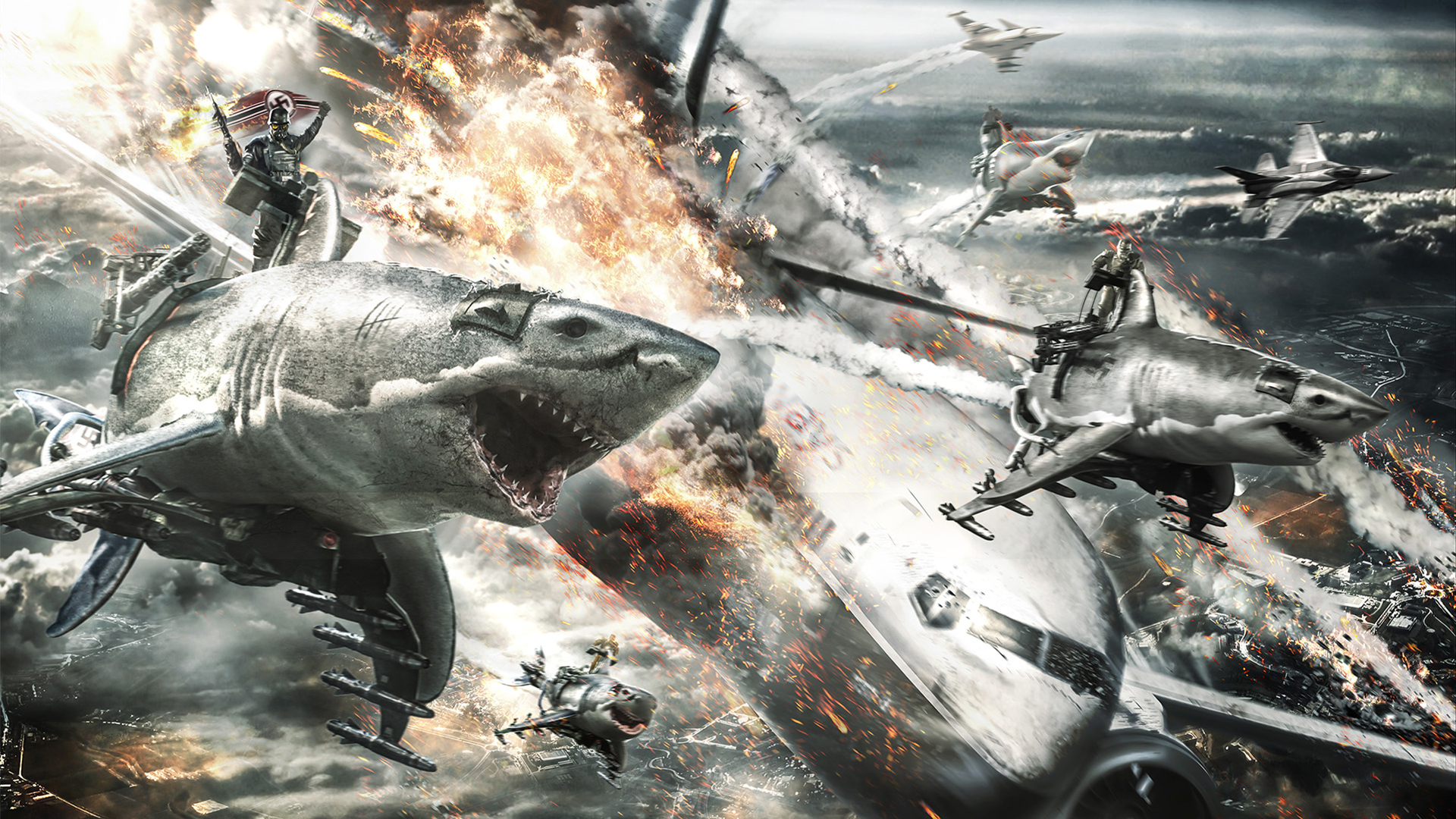 Pop culture loves sharks. These underwater predators have persisted through decades of media, from Jaws in theatres to Street Sharks on television and, more recently, tsundere sharks across the internet. So it’s only natural that they’d make great weapons platforms for sky-surfing Nazi zombies too.

Surprisingly, Sky Sharks isn’t a spin-off from the Sharknado franchise. Instead, this melting pot of B-rated tropes is a crowdfunded horror film right out of Germany. And yes, someone has taken it upon themselves to make a game out of it.

Munich-based developer, remote control productions, is an independent production house that has worked with companies such as Rovio Entertainment, Ubisoft, Gamevil, DeNA, and countless more. They’re well-versed in the ways of mobile gaming and are taking their skills to adapt Sky Sharks for smaller screens.

Unfortunately, we don’t know much else beyond that, other than the developer closely following “the movie’s lead in terms of game design.” For now, our clues lie within the movie’s summary:

Deep in the ice of the Antarctic, a team of geologists uncover an old Nazi laboratory, still intact, where dark experiments had occurred. Unwittingly the geologists unleash upon the world a top-secret experiment the Germans had been working on – modified sharks that are able to fly, whose riders are genetically mutated, undead super-humans. The only thing that can stop them, and possibly save the world, is a military task force called the “Dead Flesh Four“ – assembled from reanimated U.S. soldiers who fell in Vietnam.

Vietnam veteran zombies to take on shark-riding Nazi zombies? Sounds about right. If anything, we’re expecting buckets of gore to accompany the bullet party.

Sky Sharks the game will release just in time for the movie’s theatrical release in Germany, sometime in Q4 2017.

Ade thinks there's nothing quite like a good game and a snug headcrab. He grew up with HIDEO KOJIMA's Metal Gear Solid, lives for RPGs, and is waiting for light guns to make their comeback.
Previous post For Azeroth! World of Warcraft: Legion opens Aug 30
Next post Mafia III bloodies the streets on October 7