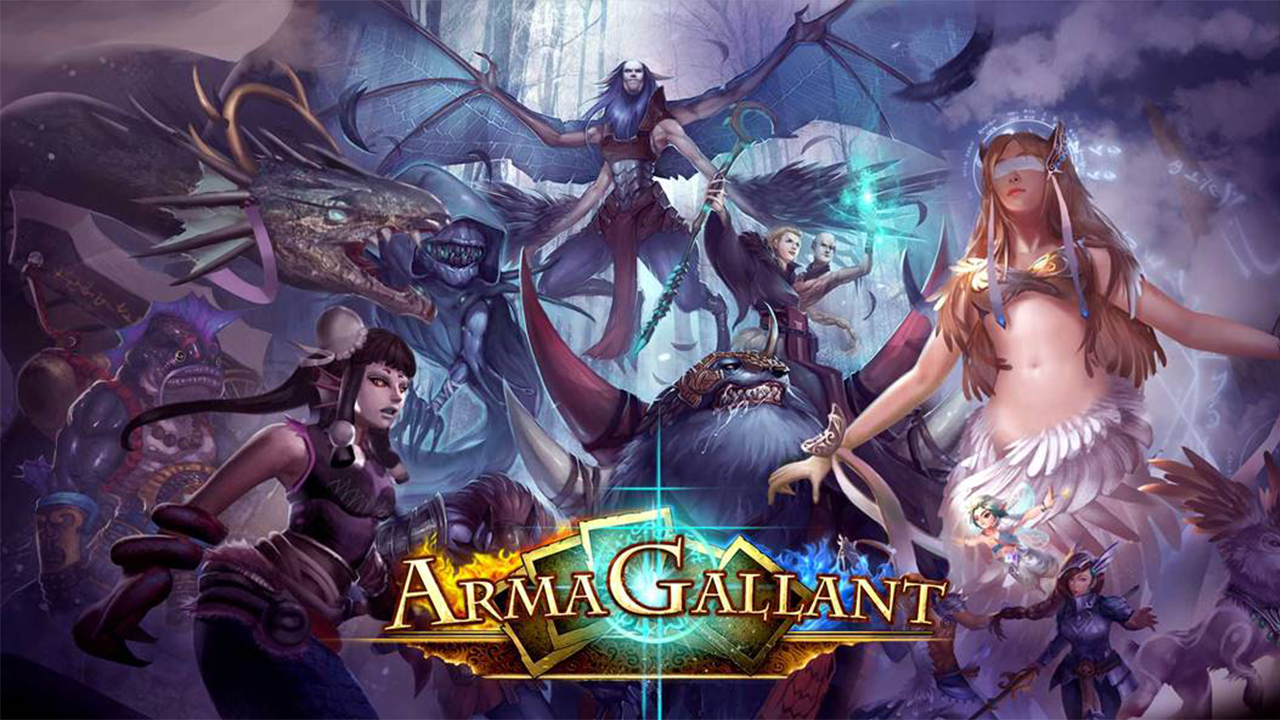 PlayStation 4 exclusive ArmaGallant: Decks of Destiny is out now in Singapore and the rest of Asia. Developed by local studio Rock Nano Global, their debut title crosses real-time strategy and deck-building for a fast-paced, online duel steeped in magic and fantasy.

Reading the genres in question typically brings PC comparisons to mind but ArmaGallant seems to take cues from the mobile playbook instead, and not necessarily in a bad way. Each 1v1 or 2v2 match-up takes place within a compact arena, running for no more than 15 minutes so even the busiest of persons can squeeze out a game or two in the evenings.

The prime objective in ArmaGallant is to reduce the opponent’s health bar, and while determinedly hitting them over and over again might work, the efficient route lies in map awareness.

Control points slowly nibble at the enemy’s health bar while rarely-spawned crystals take a heartier bite out of it. The latter means players are constantly kept on their toes, never knowing when a crystal will suddenly turn looming defeat into a game-winning comeback.

It also presents the opportunity for some mind games. One could coax the enemy out to fight over a crystal, forcing them to over-commit and leave control points ripe for the taking. Or perhaps as a means of luring them into an ambush, since direct damage hurts their overall health too.

As the saying goes: the bigger they are, the harder they fall. Large and expensive units may be tempting but losing them will only hurt in the long run. ArmaGallant hones in on the whole risk-reward dynamic, and those who’ve played the demo at GameStart 2015 know it can be intense.

The deck-building aspect helps to keep the competition fresh, at least until the metagame settles in, by which point it’ll all be about forming the most efficient line-up and the perfect counter to it. The developers state there are roughly 100 unlockable cards at launch, used to form a deck of 40 cards.

All creatures and spells in the game fall within the elements of Water, Fire, Earth, Light, and Dark. Keeping to a single element allows for powerful combos and synergies, though again, composition will mostly follow trends.

ArmaGallant: Decks of Destiny is currently having a 30% launch discount for PS Plus members, bringing the $54 price tag down to a more palatable $37.80.

The journey has only begun, too. Rock Nano Global are working on virtual reality support through the OSVR (Open Source Virtual Reality) ecosystem, co-founded by Razer and Sensics in early 2015.

Ade thinks there's nothing quite like a good game and a snug headcrab. He grew up with HIDEO KOJIMA's Metal Gear Solid, lives for RPGs, and is waiting for light guns to make their comeback.
Previous post HyperX Partners with ESL One to Provide Gaming Hardware
Next post Impressions: Gears of War 4 Multiplayer Beta