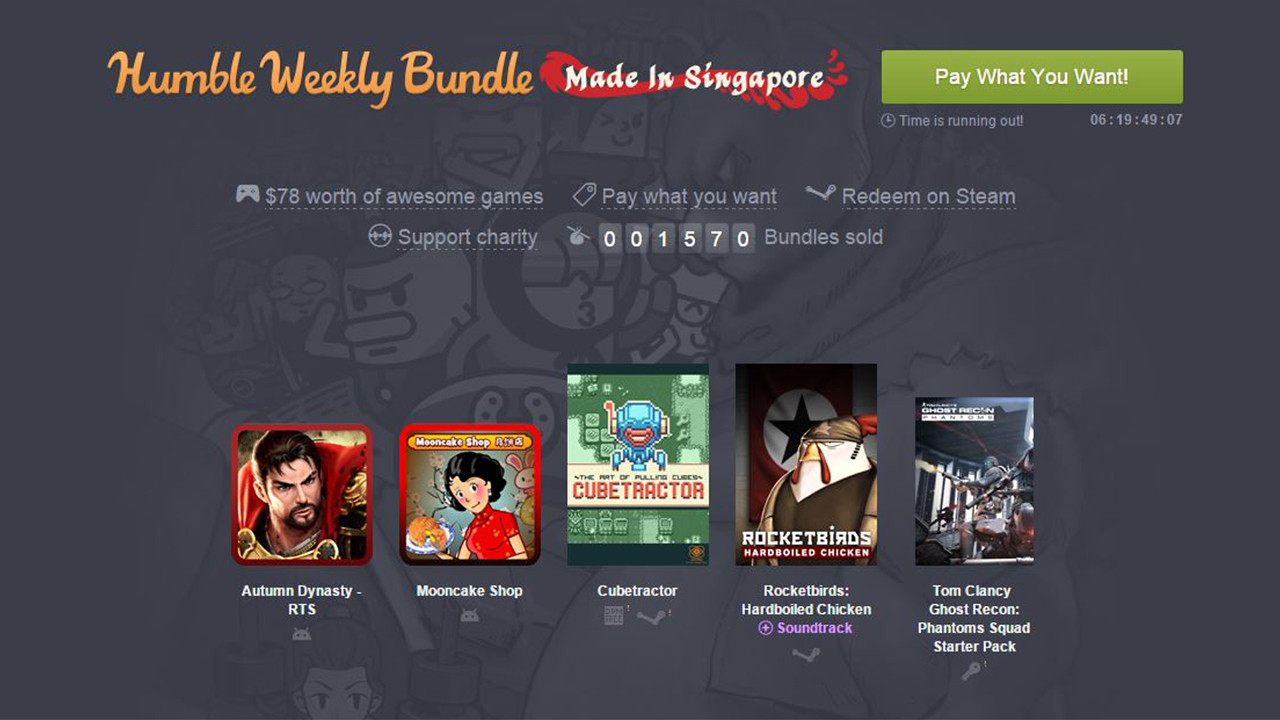 Yes, you read that right. The latest Humble Weekly Bundle is featuring ten games developed in Singapore, with all charity proceeds directed to the Singapore Community Chest.

The bundle is created in honor of Singapore’s 50th birthday (you won’t miss that SG50 logo) but we couldn’t help but notice it launching on the same day as GameStart 2015 — definitely a great way to kick-off the country’s biggest weekend for gaming.

Pay What You Want (Minimum $1)

Pay Above the Average (Above $5)

Cubetractor and Devil’s Dare can also be redeemed via GOG.com should you prefer a DRM-free copy. Those Ghost Recon packs, on the other hand, come as keys that need to be entered via the in-game launcher, which in turn requires a Uplay account. Everything else are codes for Steam.

On a final note, the charity proceeds fall under the Community Chest’s Care & Share Movement for SG50. Every dollar raised will be matched by the government so those donations are going the extra mile.

Humble Weekly Bundle: Made in Singapore runs until 20 November, 3AM SGT.

Ade thinks there's nothing quite like a good game and a snug headcrab. He grew up with HIDEO KOJIMA's Metal Gear Solid, lives for RPGs, and is waiting for light guns to make their comeback.
Previous post There’s A New CD Key Store in Town, 20% Off New Releases
Next post Basic Tips for GameStart 2015