Sea of Thieves has ship boarding, mermaids, and a technical alpha test 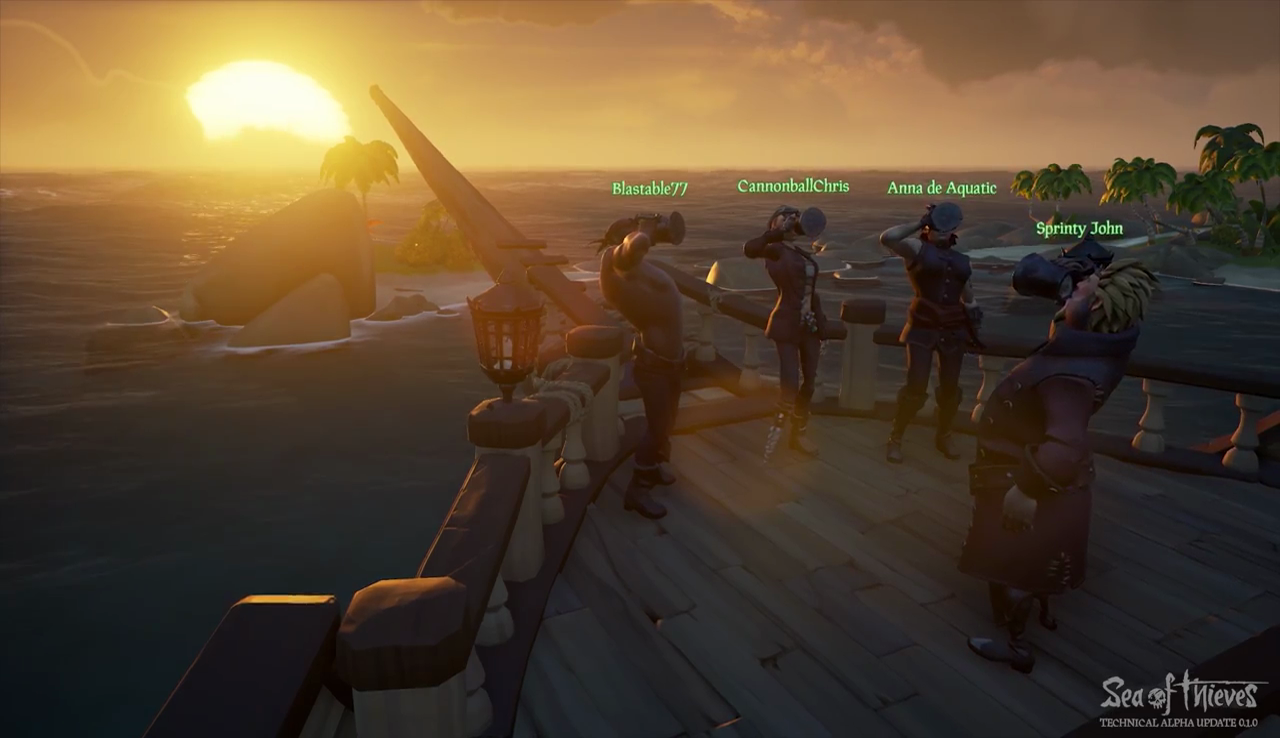 Rare has announced the first ever public test for Sea of Thieves, scheduled to take place from 16 to 18 December. The accompanying trailer also showcases some of the new additions they’ve been working on in the past few months.

Sea of Thieves is best described as a multiplayer pirate sandbox, wherein players create their own adventures and stories with the world, tools, and NPCs that Rare provides. That much hasn’t changed – the game is still about pirate crews heading off in search of loot and danger.

The video simply expands on a number of concepts laid out previously. We’re given a look at treasure hunting, which requires some actual navigational legwork and plenty of co-operation. We’re also shown some more combat, this time with ship boarding and firearms.

A Ferry of the Damned serves as limbo for respawning players while mermaids rally crews of sunken ships. Back on land, we glimpse signs of a lovely port town as well as the user interface with a shipwright NPC.

Unsurprisingly, we’re still teeming with questions by the end of the video. Will those treasure chests and maps be unique? Do they contain items we could hold on to rather than swap for gold? How will deaths be penalized? Is there some form of progression? What can players expect after ten or twenty hours?

If any of those answers lay within the technical alpha test then only a select few are going to know.

Just 1,000 Inside Program members will be chosen for this first phase, and those pioneers are going to be bound by a non-disclosure agreement. For the rest of us mere landlubbers, we’re going to have to wait for more information directly from Rare.

Registering as an Inside Member is free; you only need a Microsoft account and a minute to answer some simple questions. Why not take a shot? No enterprising pirate would pass up the opportunity.

Sea of Thieves is in development for Windows 10 PCs and Xbox One.

Ade thinks there's nothing quite like a good game and a snug headcrab. He grew up with HIDEO KOJIMA's Metal Gear Solid, lives for RPGs, and is waiting for light guns to make their comeback.
Previous post Dragon Quest Heroes II coming to PS4 on 25 April 2017
Next post Japan is getting a Kingdom Hearts 15th Anniversary PS4