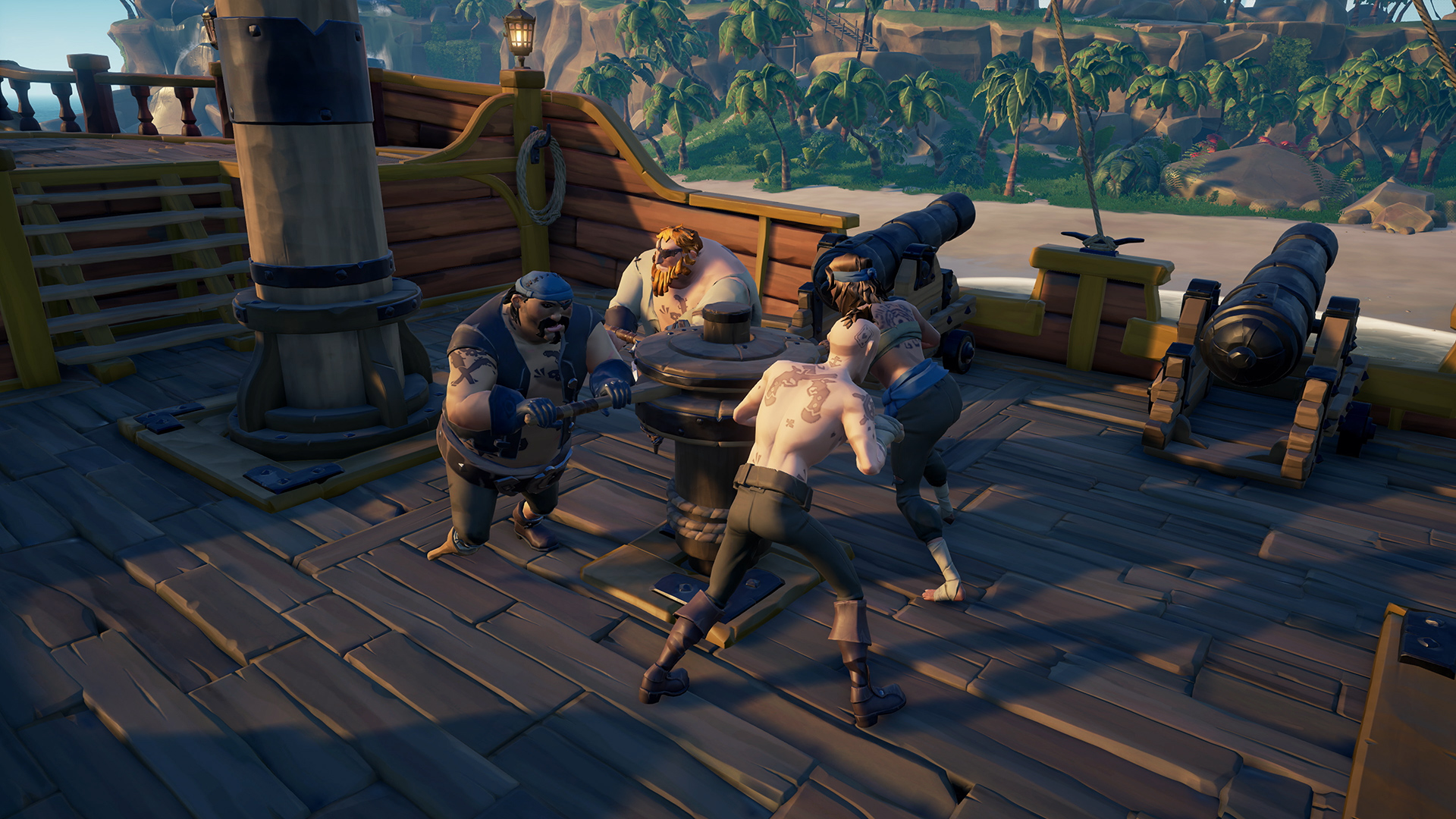 Rare’s Sea of Thieves has been slumbering in the spotlight as one of the next big Xbox One exclusives, though its lasting image has so far been: pirate sandbox, treasure, and in-game inebriation. With the 20 March release date drawing nearer, the developers took to a livestream to unveil some details on its progression system.

For any MMO player, Sea of Thieves presents many familiar concepts. The co-op game has faction reputation, shared quests, group matchmaking, and of course, the bread-and-butter that is quests and cosmetics. They’ll be sharing more information on gameplay later on but, for now, they’d like to show us how they intend on creating “a new kind of multiplayer experience – one that challenged perceptions of what multiplayer can be.”

What’s clear is that these quests and factions only serve as visible, short-term goals for the player. Ultimately, what Rare wishes to focus on is the multiplayer experience itself and the emergent storytelling that arises from it, a desire present since their early demonstrations of the game.

It also helps that they’ve abandoned the holy trinity of tank-healer-DPS by giving us crew positions instead, ones that appear to be highly flexible at that.

Interestingly, Rare says that lone wolves may “venture into the unknown on a solo ship and experience the shared world for themselves,” although a matchmaking option lets these pirates lump together and form an impromptu crew. It’d be a democratic one, too, since the entire crew gets to vote on quests and objectives — not so pirate-like when you don’t have a captain flexing their power or a crew striking a mutiny, but perhaps those will be covered in their gameplay showcases.

The Xbox Insiders community has been participating in invite-only play sessions this past year, along with a closed forum for feedback and discussions. We’re just not hearing about it much, if at all, due to the non-disclosure agreements.

In the meantime, you may catch the the full one-hour recording on Mixer.

Sea of Thieves will be out on 20 March for Windows 10 PCs and Xbox One under the Play Anywhere program.

Ade thinks there's nothing quite like a good game and a snug headcrab. He grew up with HIDEO KOJIMA's Metal Gear Solid, lives for RPGs, and is waiting for light guns to make their comeback.
Previous post You can now play The Last Guardian (PS4) in VR mode for free
Next post Hunt the Predator in new Ghost Recon Wildlands challenge