SEA Gets English Release of Kingdom Under Fire II 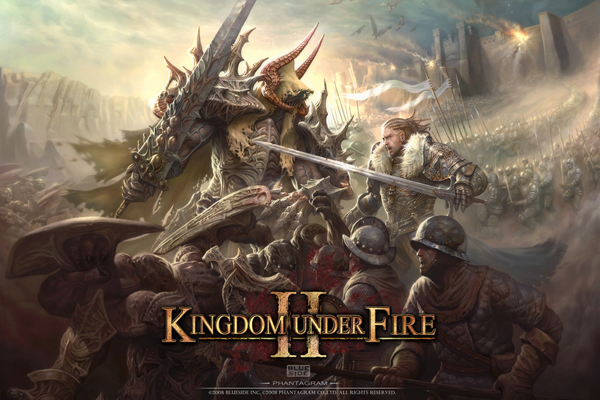 Southeast Asia seems to be the first stop for English-translated Korean games these days, which leaves us spoilt for choice when you add Western releases into the mix. It’s a pleasant problem to face, especially when you run into titles like Kingdom Under Fire II. This is, after all, the MMO that calls itself an “Action Strategy RPG”.

It’s quite the proposition if you stop to think about it. For a start, players have to cut down hordes of enemies in their path, in a way similar to Dynasty Warriors. But these players also happen to be generals, zooming out to point their armies in the right direction. Add on the fact that all this takes place online, and we’re left wondering how this won’t end up being a nightmare for most systems. See it for yourself in the gameplay video below.

Developers Blueside assure us that the game requires a “relatively low computer specification” to accommodate most people. Seeing how player populations make or break online games, it’s essential they get everything optimised before release.

MMOG.asia will be handling the game’s release in Singapore and Malaysia – the official site is kuf2.mmog.asia. There’s still no release date for any of the regions although 2014 seems likely now that they’re approaching publishers.

Kingdom Under Fire II will be out for Windows PC. Blueside revealed during the recent G-Star 2013 that the game will also be available on the PlayStation 4, although they weren’t clear over a PS3 release.

Ade thinks there's nothing quite like a good game and a snug headcrab. He grew up with HIDEO KOJIMA's Metal Gear Solid, lives for RPGs, and is waiting for light guns to make their comeback.
Previous post Atlus Makes Multiple Announcements, Persona 5 Coming to PS3
Next post The Japanese Roll In With World of Tanks Update 8.10