Revisit Britannia in Ultima Forever: Quest for the Avatar 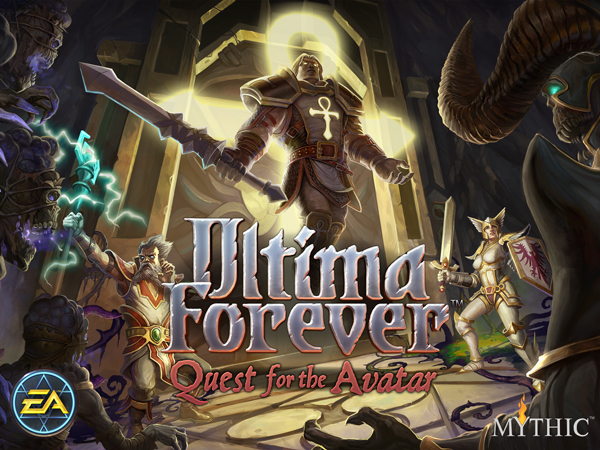 The last we heard of Ultima was back in 1999. I’d like to imagine that the Y2K bug bested Lord British in digital combat, sinking its mandibles deep into the venerable Western RPG, but the truth is that 1999 saw the ninth and final installation of the main series. Over a decade later, EA is now bringing it back with Ultima Forever: Quest for the Avatar.

Rather than dabble in the affairs of the final game, Quest for the Avatar takes place 21 years after the events of Ultima IV. Rallying to Lady British’s call to arms, new heroes must stop the Black Weep plague before Britannia is plunged into darkness. For fans of the series, getting to explore and quest across Britannia should be a welcome treat after such a long absence. However, that treat’s coming in a different package, as Ultima Forever: Quest for the Avatar is an online game for the iOS. Developed by MMO studio Mythic Entertainment, players will be able to form parties with up to three others as they embark on their glorious world-saving and dungeon-looting. If you can’t find any worthy adventurer then there’s always the single-player mode. All in all, they’re promising hundreds of hours of content shoved into the app.

While series creator Richard Garriott has no involvement in the project, he has offered the team his best wishes. Ultima Forever: Quest for the Avatar is yours for free on the App Store. Do note that this is the worldwide release and thus has improvements over the earlier Canadian launch version. The forums also has a Q&A segment up should you have any questions.

Ade thinks there's nothing quite like a good game and a snug headcrab. He grew up with HIDEO KOJIMA's Metal Gear Solid, lives for RPGs, and is waiting for light guns to make their comeback.
Previous post The Robot Uprising In AVA's Battle Gear Beginz
Next post Project Phoenix, The Indie JRPG By AAA Talent