Represent Your Nation in the Dragon Nest World Championship 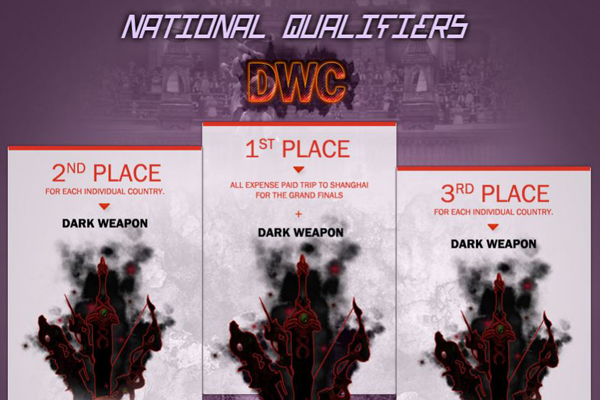 Nearly two years since the Southeast Asia launch of action-RPG MMO Dragon Nest, the time is now ripe for a special kind of fight. Cherry Credits and Shanda Games International have announced the inaugural Dragon Nest World Championship (DWC), where players across multiple service regions will battle it out for shot at truly being the best. Before you scoot off to China for the grand finals, however, you’ll first need to surpass the national qualifiers.

For players in Singapore, Malaysia and Philippines, you have until Sunday, 20 October to have your team participate in the DWC arena. The top 16 teams from each country will then compete in their respective National Qualifiers, where the winning team will be sent on an all-expenses-paid trip to Shanghai, China for the main event.

All the information you need is on the DWC page, but here’s a few key points you’ll need to know:

The event schedule, terms and conditions and registration information can all be found on this page instead.

Any guesses on what classes we’ll see most?

Ade thinks there's nothing quite like a good game and a snug headcrab. He grew up with HIDEO KOJIMA's Metal Gear Solid, lives for RPGs, and is waiting for light guns to make their comeback.
Previous post Rockstar Games Has GTA$500,000 Each For All GTA Online Players
Next post Heroes of Dragon Age and Dungeon Keeper Soft-Launch for Android