For many students, school rivalries are an unwritten fact of life – you can’t really say you’ve “been through the system” without butting heads with another school over one competition or another. But while some might chalk it up to an adorably childish sense of competitiveness, you have to admit there’s a certain nostalgic charm to the concept.

Anyway, KOMOE TECHNOLOGY LIMITED intends to bring that familiar sense of rivalry to mobiles with Campus Play, a newly launched turn-based gacha title where players can form teams to compete with other factions – which are in fact schools, in this case. From the East Business School to the Nanhai Polytechnic University, you’ll be able to roll the gacha for characters (well, obviously) of various rarities (ranging from R to UR) to add to your roster. 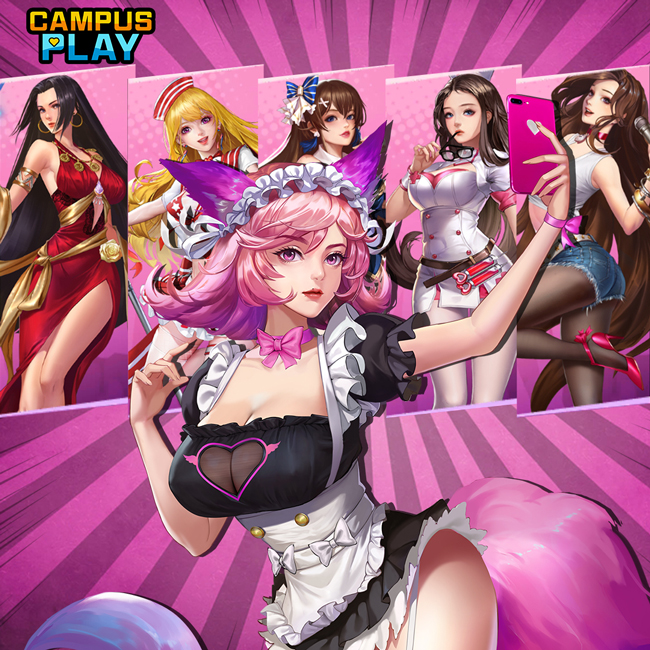 Delving a little deeper into gameplay, the structure follows what we tend to see across the board for games in this genre – players will create pre-made teams based on attributes, synergy, power and other traits, which they will then use to fight against other teams. Naturally, the best way to spice up a rivalry is to have competitions against someone “your own size”, so to speak, and you don’t really get that kind of kick from beating the A.I.. As such, once you feel that your team is ready for the big leagues, feel free to hop into one of the game’s many dungeons. Or, if you’re feeling particularly bold, head onto the PvP ladder and face off against other players vying for the top spot.

Apart from trying to beat other schools’ teams, the game also features areas and events that you might see on a normal university campus, which might bring back some fond (and possibly quirky) memories from your own days on campus. For example, you’ll be able to visit stadiums, art centres, orientation parties and something the game calls Sakura ceremonies. And since you’ll be playing as the President of your chosen school’s team, you’ll probably find yourself at the epicenter of these activities. 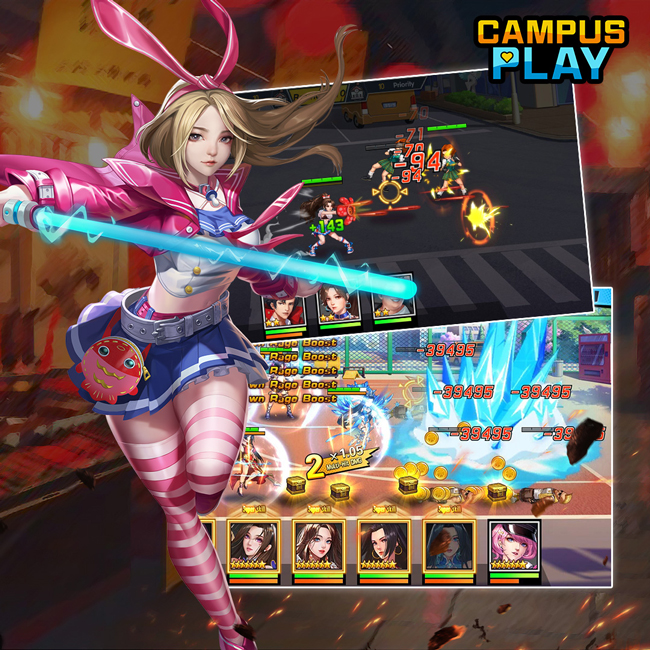 Of course, a game where you roll for buff dudes or cute gals is bound to have some romance options sprinkled into it too, and the good news is that you’ll find no shortage of them in Campus Play. If you get far enough, you might even be able to unlock exclusive animations and artworks for your favourite characters, so don’t be afraid to show those off.

And, one of the coolest things to do during your school times would be to date someone that you love at first sight. To realize your dream, Campus Play also features endorsements from several Key Opinion Leaders (KOL) from Singapore and Malaysia. These KOLs include YJ Jong, Yukiko, Plantlily, Nessarose, Roroki, and many more! As you progress and level up in the game, you will be able to unlock these KOLs’ real life photos and you can even collect them.

In fact, the game just happens to be gearing up for its limited-time Campus Belle 101 event too, which will presumably feature a nice rate-up character. Of course, be it your victory or your character pulls, nothing is really set in stone, but who knows? You might just have the luck of the draw, as they say, and there’s no harm in rolling for a character just because it looks nice.

We are Team GameAxis. And we will play games for food.
Previous post The first ROG Masters APAC Edition tournament will see about 500 CS:GO teams clashing