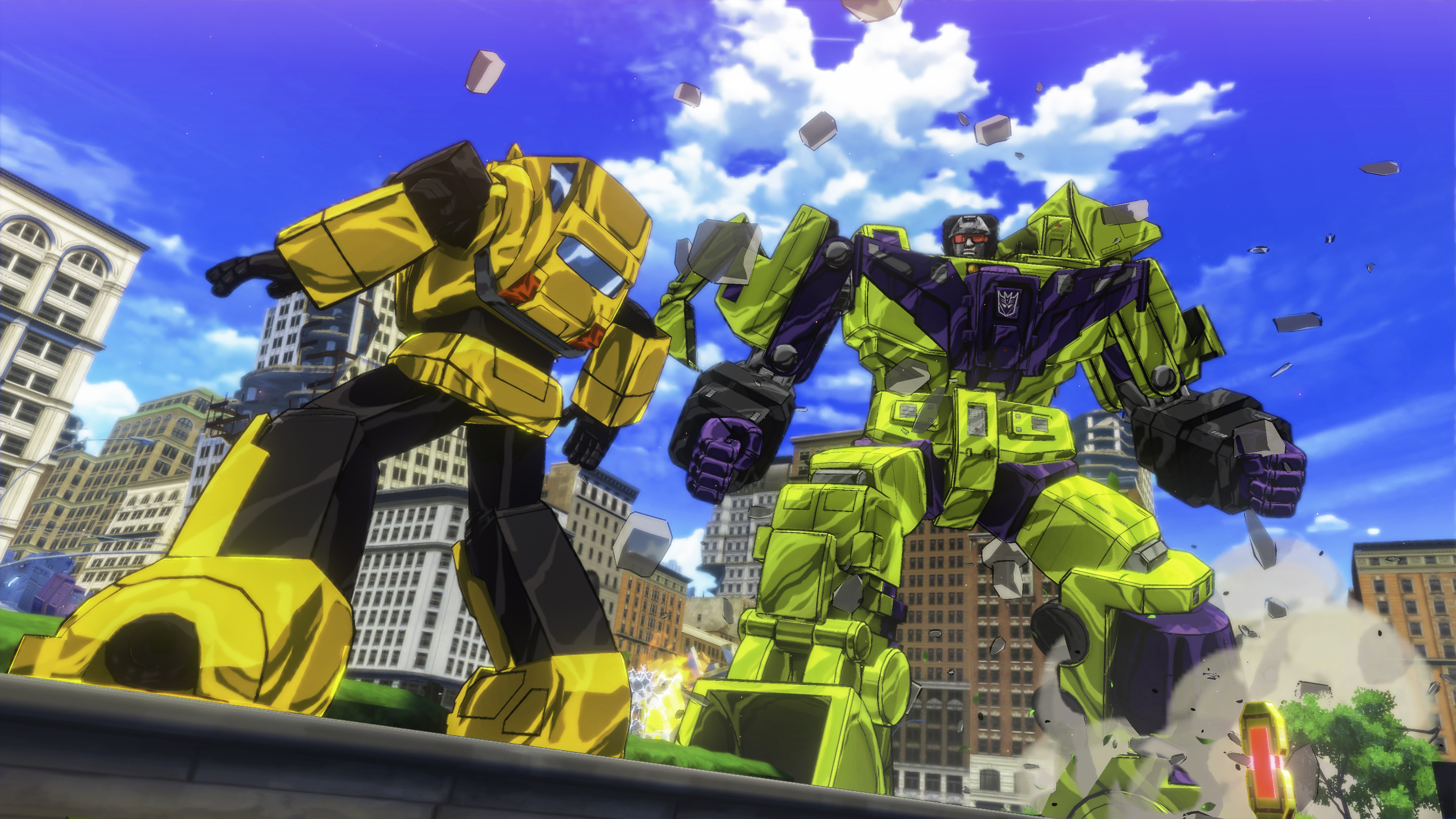 When Hollywood says they have more Transformers lined up the correct response is to politely decline and flee. When PlatinumGames says they have a third-person brawler with comic aesthetics and a voice cast from the original TV series, well, you know what to do.

To be fair, one shouldn’t expect Transformers Devastation to be heavy on story or content. What it does offer is a worthy tribute to nostalgia, crafted with Platinum’s masterful knowledge of what makes action games great.

Players get to choose from five Autobots – Optimus Prime, Bumblebee, Sideswipe, Wheeljack and Grimlock – each with their own unique fighting style. There’s a mix of melee and ranged attacks, combo chains, and of course the ability to transform. Even the slow-mo dodging from Platinum’s other game, Bayonetta, has been implemented for good measure.

They’re serious about those voice actors too. Peter Cullen reprised his role as Optimus Prime, Dan Gilvezan as Bumbebee, Michael Bell as Swideswipe, Gregg Berger as Grimlock, Frank Welker as Megatron and Soundwave – you get the idea. It’s not the full cast but certainly more than anyone expected, especially when you consider that “G1” began airing in 1985.

The price, however, is cause for hesitation. Transformers Devastation is listed on Steam for S$59.90 and word is that the game is fairly short and padded with filler content. The unique Autobot styles and customization looks like it’ll grant some replay value at least.

Transformers Devastation is out now for PC, PS4, PS3, Xbox One, and Xbox 360.

Ade thinks there's nothing quite like a good game and a snug headcrab. He grew up with HIDEO KOJIMA's Metal Gear Solid, lives for RPGs, and is waiting for light guns to make their comeback.
Previous post Second Street Fighter V Beta Detailed, New Characters and PC Support
Next post App Assessment: Ratings War (Android)