Ratchet & Clank blasts off on April 12 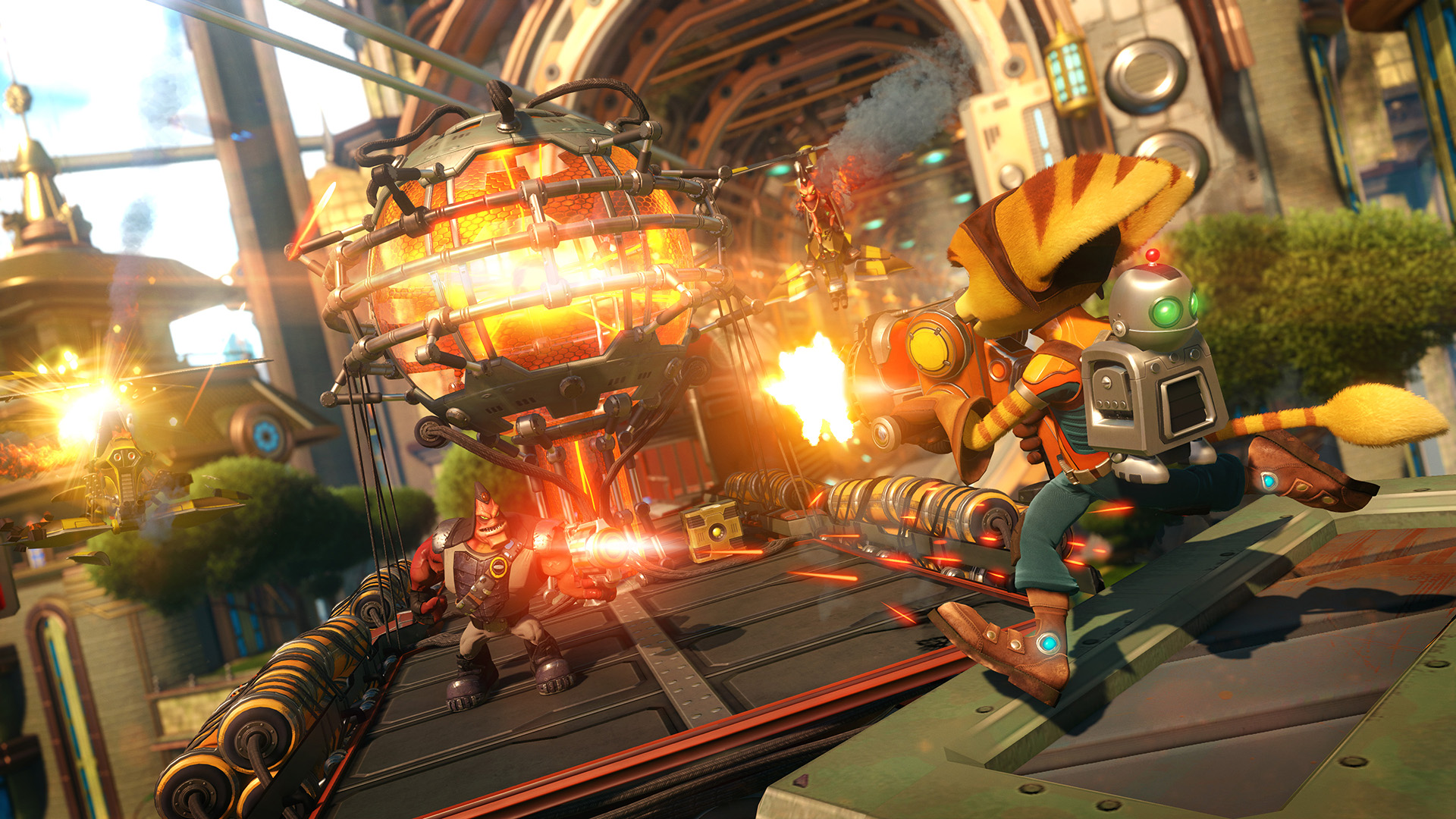 The silver screen debut for everyone’s favorite Lombax and bot duo is just about ready, and so too is their videogame homecoming. Sony Computer Entertainment has announced that PlayStation 4 exclusive Ratchet & Clank will be available in Singapore on April 12, priced at S$59.90 and S$52.40 for the physical and digital versions respectively.

Ratchet & Clank (2016) is the videogame tie-in to the similarly named CG-animated movie. What started out as a reimagining of the original (2002) action-platformer has grown into something much more, with Insomniac Games adding new locations, bosses, weapons, and gameplay features.

Of course there had to be new weapons! After all, this is the franchise where your guns morphed enemies into sheep or had them grooving under a levitating disco ball.

The studio also shoved in over an hour of new cinematic footage, including those taken from the movie. It’s sounding like the perfect return for fans and an ideal launch pad for newcomers. To top it all off, the series in general has always been a great family-friendly addition to PlayStation’s library.

Pre-orders include The Bouncer – a weapon that launches a comically oversized bomb which explodes upon impact into smaller homing bombs – and will be available while stocks last. Purchasing the digital version from April 12–25 will also net you this effective room-clearing device.

Ade thinks there's nothing quite like a good game and a snug headcrab. He grew up with HIDEO KOJIMA's Metal Gear Solid, lives for RPGs, and is waiting for light guns to make their comeback.
Previous post Impressions: Quantum Break is fun, captivating, and risky
Next post Battleborn Open Beta to have both story and multiplayer modes