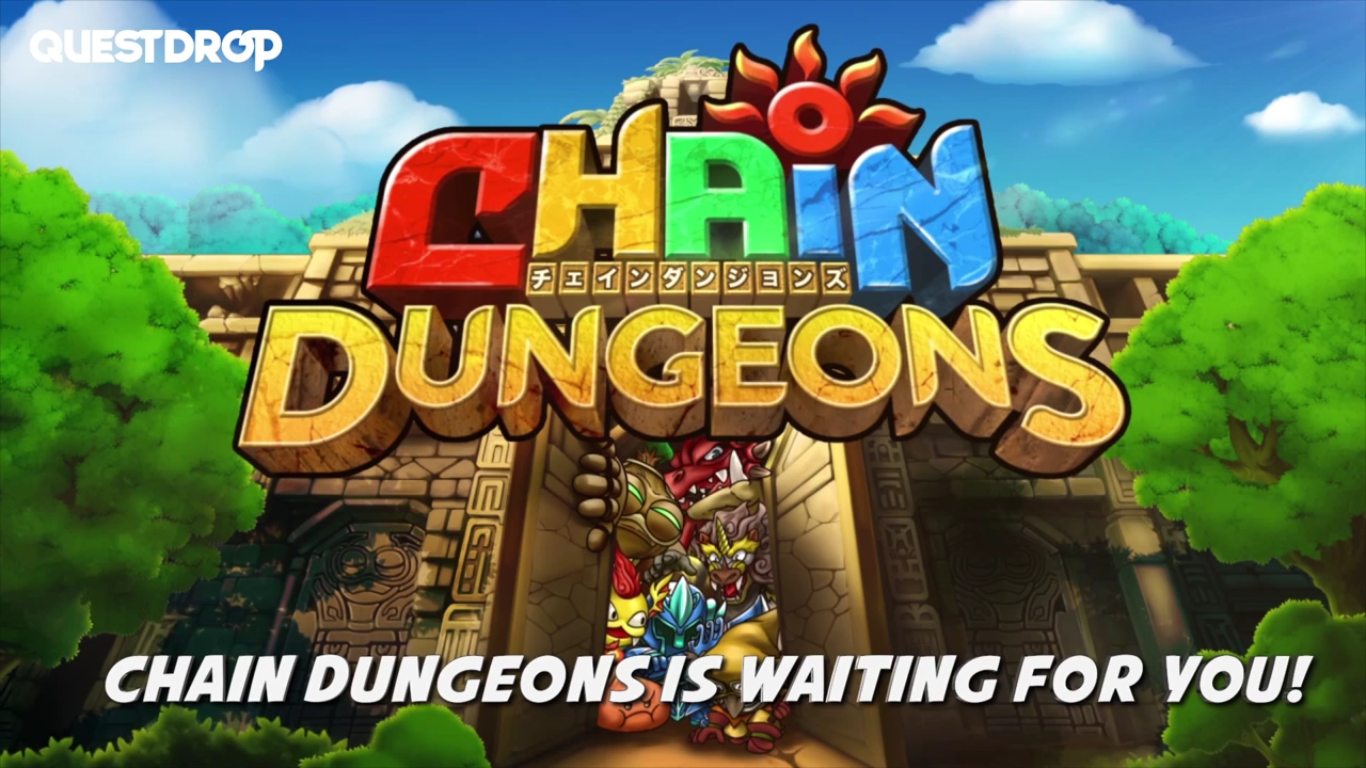 After launching barely half a year ago, Southeast Asian game publisher Quest Drop is ready to announce their first customer: Chain Dungeons. The Japanese free-to-play puzzle RPG has been highly successful in Taiwan thus far, and now it’s set to head our way in the third quarter of 2015.

The game goes by different names in Japan (ポコロンダンジョンズ) and Taiwan (波可龍迷宮) but “Chain Dungeons” explains the gist of it best. What makes the game different is the fact that the stack of colored gems actually makes up the dungeon floor itself, therefore placing the monsters and hero physically on it. All of a sudden, positions become a significant factor.

It’s best to see it in action.

Oh yes, there’ll be plenty of monster sidekicks and items to collect and upgrade but, honestly, it wouldn’t be a popular free-to-play game otherwise; let’s focus on other features instead.

As you’re probably aware, the colored gems correspond to different elements. Chain Dungeons’ attack system is based on four of them: fire, water, lightning, and earth. Everything in the game, from monsters down to the hero’s individual equipment, is aligned with a particular element.

Part of the preparation process is coming up with the best combination that takes full advantage of elemental strengths and weaknesses. Dungeons wind up coming in rainbow or multi-element layouts later on however, so a well-rounded collection is vital.

Thankfully, weapons and armor can be forged so players don’t get stuck with poor equipment if luck’s not on their side. The materials needed for crafting and evolving all drop from monsters.

With Quest Drop handling localization, expect to see more than just translations. A SEA production team will be churning out content and events catered to specific regions, including tapping upon their own myths and legends. I’m not sure what a pontianak would want in a dungeon but if this means seeing local folklore in a game then I’m all for it.

Rounding things up is multiplayer mode that supports four-player parties for special raid dungeons, making it easier to drag friends and family down this rabbit hole too.

Chain Dungeons will launch for iOS and Android in Singapore, Malaysia, Thailand, Vietnam, Indonesia, and the Philippines in the third quarter of 2015 – between July and September – in their respective languages.

It really is the season to be “killing monsters”.

Ade thinks there's nothing quite like a good game and a snug headcrab. He grew up with HIDEO KOJIMA's Metal Gear Solid, lives for RPGs, and is waiting for light guns to make their comeback.
Previous post Wargaming Releases Top 10 Video from Grand Finals 2015
Next post Plunder Oceans With Civilization: Beyond Earth – Rising Tide [Updated]