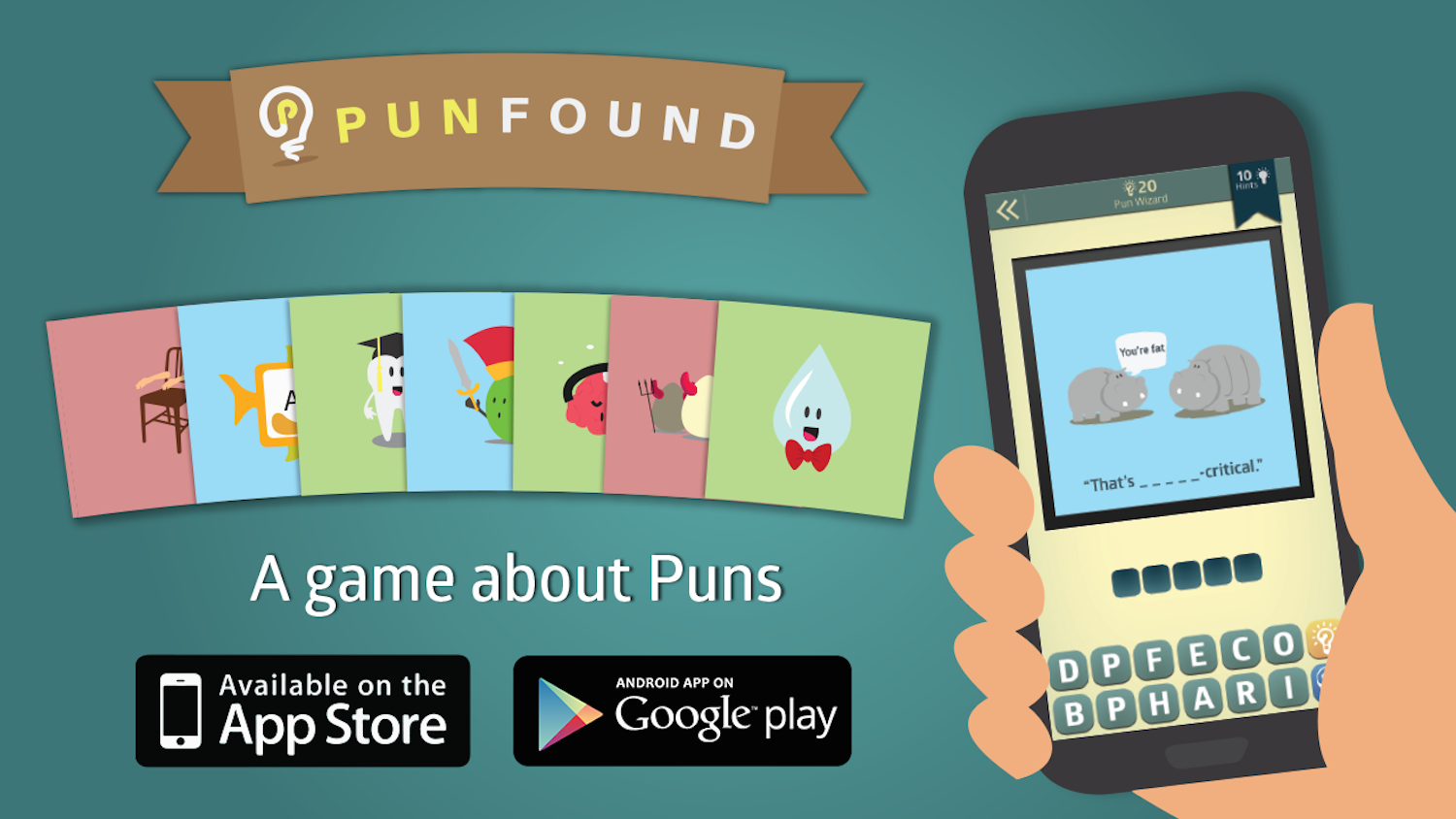 Below are some of the many awfully brilliant puns that Punfound: The Word Game About Puns features. Released two months ago, the game hit #1 on Singapore’s AppStore for iOS in both Trivia and Word category on October 2. It has received good reception from Android users as well, with an average of 4.3 stars.

If you are a fan of lame jokes and witty puns, you are going to love Punfound. Upon opening the app, you will realise that its interface is similar to the fill-in-the-blanks trivia quizzes that we all (non-admittedly) know too well. You are given 15 hints to start with, and 200 puns to solve.

Its developers aim to increase the number of puns, until they “run out of puns or can no longer bear them”.

Punfound is brought to you by a group of four – Trent Naylor, David Coonan, Dhani Wong, and Willis Smith – who call themselves Pygmy Tyrant. Pygmy Tyrant started in Summer of ’13 and released their first game, Meteor Mash (no, not the Pokemon move), in November 2013. Punfound was developed over three months.